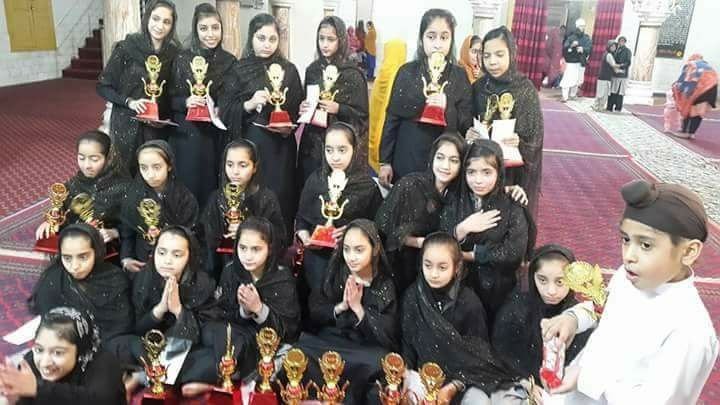 PESHAWAR (IANS) – The first public school for Sikhs in Pakistan is nearing completion in Peshawar as “90 per cent construction work” has been concluded, media reports said.

The work on the project practically started two years ago after a piece of land was purchased in the Jogan Shah Mohalla situated in the old city.

A woman living outside Pakistan had donated Rs 20 million from which the community purchased eight marlas of land. After the purchase of land, the Khyber Pakhtunkhwa government started construction work.

The project will be the first of its kind and provide an opportunity for the children of the Sikh community and other minorities to get an education in a better environment. A school in Peshawar had been a long-standing demand of the Sikhs from the province and the tribal areas.

Previously, about 300 children from the Sikh community were studying at an NGO-run school in Dabgri. The school operating in a rented house had to be shut down after the landlords asked the administration to evacuate.

However, after demands by the Sikh community for a new school, Atif Khan, the former provincial Education Minister and current Food Minister, announced the project for the first government school for the Sikh community.

The government tasked the Sikh community with purchasing space to make the construction of the school practical. After the purchase of land, the K-P government started work on the site six months ago.

Rory Kumar, a member of the Standing Committee on Minority Affairs in the Khyber-Pakhtunkhwa Assembly who belongs to the Hindu community, said that Pakistan’s first Sikh government school was a long-standing demand of the community.

Baba Gurpal Singh, a committee member of the first Sikh school in Pakistan and a social worker, told The Express Tribune that IDPs from Orakzai, Khyber and Kurram districts were forced to move to Peshawar.

Their children left their homes in the tribal areas and dropped out of school and education, he said, adding that children could not be sent to other areas due to security. He expressed gratitude to the Khyber-Pakhtunkhwa government for providing Rs 23 million for the school.

The school will have 15 classrooms where about 500 children will be able to study from nursery to middle school. Gurpal Singh further said that children of any minority community including Sikh, Hindu, and Christian communities will be able to get education at the public school, Express Tribune reported.

In addition, the doors of the school will also be open for Muslim children. The educational facility will be open to everyone, he said.