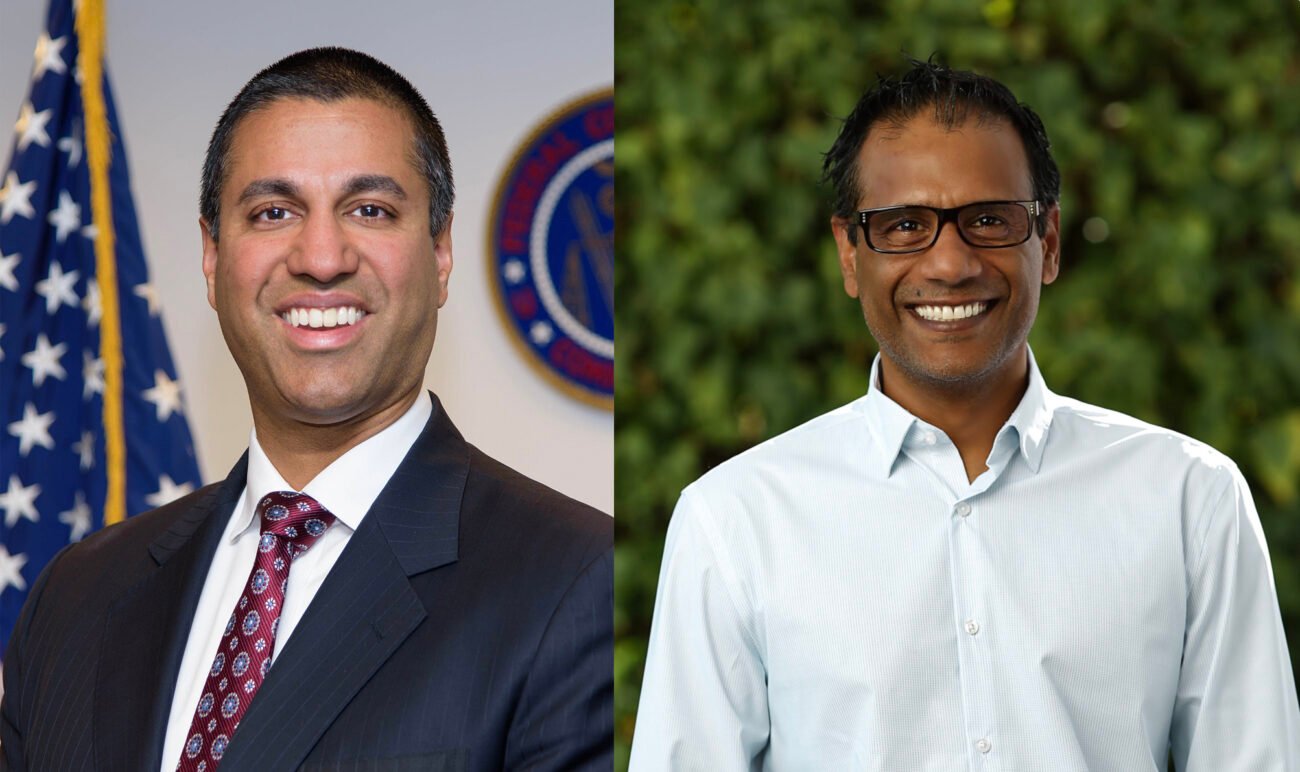 (L)Indian American Ajit Pai worked for the Donald Trump administration as the Federal Communications Commission chairman. (R)Vinay Ravuri is the founder and ceo of the Santa Clara based EdgeQ Inc. (photo Wikimedia/EdgeQ)

SANTA CLARA, CA – The former Federal Communications Commission chairman Ajit Pai has been named to the board of advisers to the telecommunications technology startup EdgeQ Inc., founded by Indian American Vinay Ravuri.

The four-year-old company in Santa Clara is known for designing a wireless chip for businesses. Ravuri told the Wall Street Journal, “I look to people like Ajit to give me some foresight into what is likely to happen.” Pai’s move comes in the wake of the 5G chip company facing regulatory uncertainty, the paper said.

During his tenure leading the FCC during the Donald Trump administration, Pai sought to cut regulations and make radio frequencies available for 5G wireless networks. He told the WSJ, “I think it’s important for the FCC, which I formally headed, and for all agencies to recognize that American leadership in 5G needs to be a national priority.”

In Pai’s view, companies like EdgeQ are part of a greater and broader effort to expand 5G deployment while also growing business users and consumers.

EdgeQ designs a 5G chip that aims to combine multiple functions (system-on-a-chip). This chip makes use of artificial intelligence to optimize wireless connectivity for machinery, autonomous cars, robotics, and more. CEO Ravuri is a Georgia Tech graduate and holds 12 patents. The company has about 150 employees in the U.S. and India.