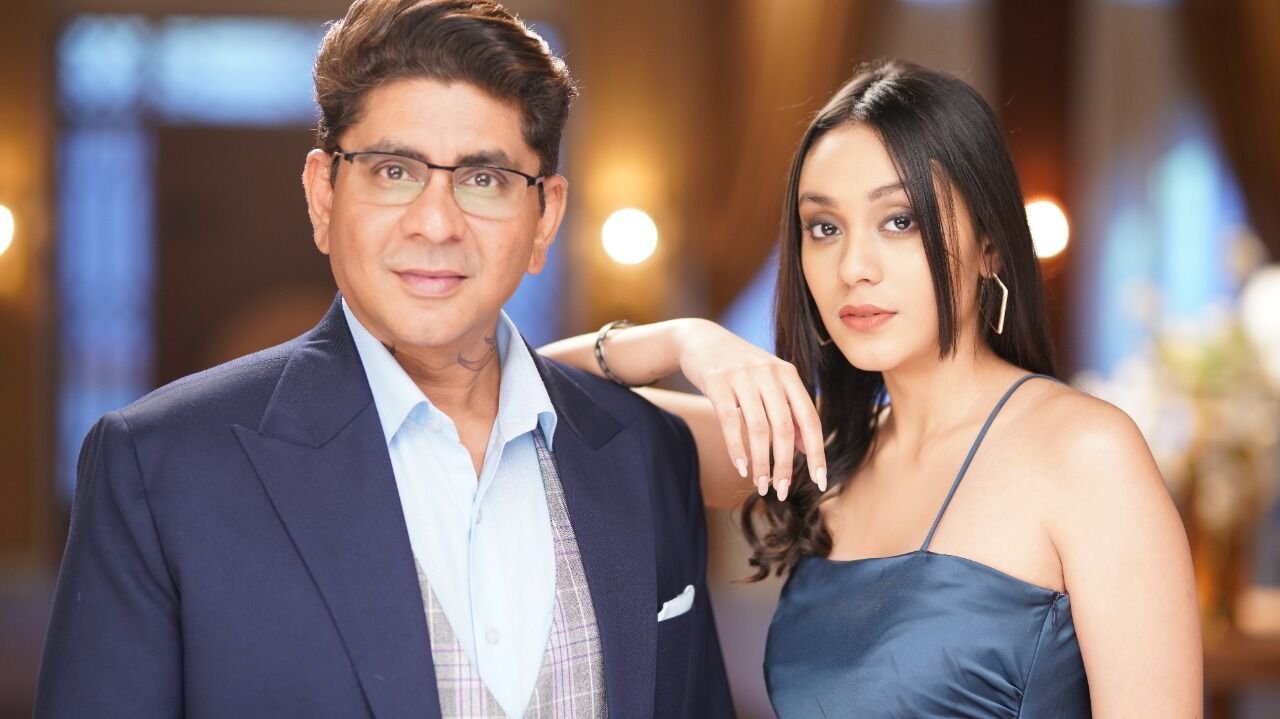 Producer-director Rajan Shahi, with his daughter Ishika, who aspires to be a model. (Prashant Golecha photo)

MUMBAI — TV producer-director Rajan Shahi has many reasons to celebrate. Not only has he consolidated his position in the television industry with hit shows, but his daughter Ishika Shahi, too, is set to make a mark in the industry. “That makes it four generations in one family who have contributed to the entertainment industry… it makes me really proud,” says Shahi.

His maternal grandfather, the late P. Jairaj, was an acclaimed actor, filmmaker and Dadasaheb Phalke recepient. But Rajan learned the basics of the business through sheer hard work, and in a career spanning 30 years, he rose from the grassroots level to create a niche for himself.

He began by assisting director Ravi Rai and later set up a number of popular shows as a director. In 2007, he turned producer and made shows like “Sapna Babul Ka… Bidaai,” “Amrit Manthan,” “Kuch Toh Log Kahenge,” “Havan” and “Yeh Rishtey Hain Pyaar Ke” under his banner Director’s Kut Productions. His “Yeh Rishta Kya Kehlata Hai” is one of the longest-running shows on Indian television and has aired more than 3,500 episodes in the past 13 years.

In 2020, Rajan teamed up with his mother, Deepa Shahi, and formed a new production house, Shahi Productions Pvt. Ltd. Their show “Anupamaa” is the number one show today. Equally popular is his Marathi show “Aai Kuthe Kay Karte,” with which he made his foray into regional content.

Ask Shahi the secret behind his rise and he says, “Whatever I am today is because of my guru Ravi Rai, my parents’ blessings and my team.” What is interesting is that even today he is very passionate about his craft and gets involved in all creative and production aspects of his shows. Having given a number of actors and technicians work opportunities over the years, he believes in encouraging newer talent. But there is no substitute for hard work, he says.

And now, Shahi is happy to see his daughter Ishika working hard to pursue her dreams and trying to make it on her own. Says the proud father: “I got to know about some of her modeling campaigns only after she had completed them. She had been going for auditions regularly, which I didn’t know. I am happy to see that she has started from the grassroots level and is climbing the ladder steadily on her own merit. In fact, her mother (Pearl Grey) and I have always encouraged her to be independent and take her own decisions.”

He adds, “While she is looking forward to a career in modeling, love for direction and production is in her blood. In fact, she has already directed two short films and is interested in working with me and exploring the digital space. I always tell her that our industry is the best school, college or university for anyone who wants to learn. Just get into it headlong. Make your own decisions, and learn from them. Rise, fall and rise again, you have to learn from practical experiences. There is no better teacher than this industry. Talent, hard work and humility is the key to survival here.”

Ishika is overwhelmed with the faith that her family has in her. She says, “I have learned from the best in the business. I have not seen a more hardworking and creative person than my dad. Having said that, I feel I have lots riding on my shoulders and I promise to give it my best.”

Shahi’s mother Deepa too is elated. She says, “I am happy with all that Rajan has achieved and wish him nothing but the best. I am happy that through my father, he learned humility and hard work. Rajan is a true leader and closely works with his team and even the cast.”