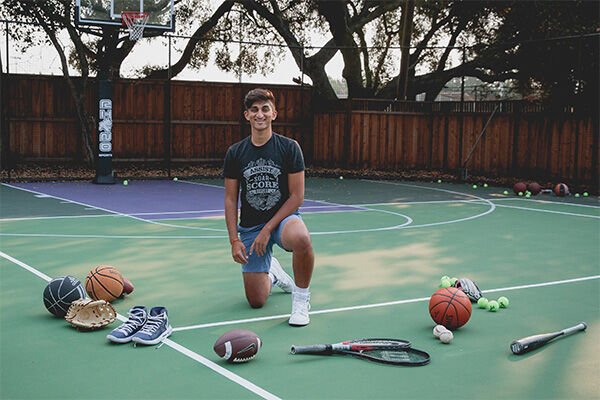 The Gloria Barron Prize for Young Heroes announced its 2021 winners recently with four Indian American students among the group.

Ambati, 16, of California, was selected for creating The Green Environment Initiatives to design solutions for environmental crises and to provide STEM education for underserved students.

Rao, 15, of Colorado, is an inventor, young scientist, and advocate for STEM who conducts workshops for students around the world to support them in creating solutions to pressing problems.

Kar, 16, of Kentucky, was chosen for creating Community AI (Artificial Intelligence) to support students in building AI-driven projects that help communities and the environment, unleashing the power of AI for good.

The group of Young Heroes is an “exceptional and inspiring group of 25 young leaders who are changing the world in creative ways,” a news release said.

All are using their passions and huge hearts, along with courage and determination, to make a meaningful difference, it said.

The Gloria Barron Prize for Young Heroes, a program of the nonprofit organization Young Heroes Project, celebrates inspiring, public-spirited young people from diverse backgrounds all across North America. Each year, the Barron Prize honors 25 outstanding young leaders ages 8 to 18 who have made a significant positive difference to people and the environment.

Ambati invented a smart sprinkler system that conserves water and has developed a low-cost method for testing amphibians’ health. His Gro-STEMs team of high school volunteers has taught more than 150 STEM classes to youth at homeless shelters, libraries, and youth organizations.

He began his efforts in middle school in the midst of the California drought. Frustrated to see the water wasted by his neighborhood’s automatic sprinklers, he began designing a better watering system. It integrates real-time weather forecast data and city water regulations to determine when and how long to run sprinklers – and then shares the guidelines via Twitter. He has piloted his system to demonstrate a monthly water savings of 2,500 gallons per household and is working with a local water company interested in using it.

Another drought-related experience – the disappearance of frogs from the creek in front of his home – prompted Ambati to develop a new way to test frogs and other amphibians for a fungal pathogen that is threatening species worldwide. His non-invasive method uses simple, inexpensive test strips to swab amphibians’ skin. It produces results more quickly.

“I’ve discovered that through innovation, education, and advocacy, even teenagers like me can make a resounding impact on the world,” he says.

In the past three years, Rao has conducted 335 workshops for nearly 50,000 students in places such as Afghanistan, India, Kenya refugee camps, and rural schools in the U.S. Her workshops guide young innovators through a prescriptive five-step process that she has developed and used for her own innovations.

Rao leads workshops nearly every weekday by partnering with STEM organizations, museums, schools, refugee camps, and Girl Scouts, among other groups. Questions and feedback from her workshops prompted her to write her recently released book, A Young Innovator’s Guide to STEM.

“I feel a moral responsibility to share the mentorship I received at an early age and I want to inspire students with a can-do attitude,” she says.

Community AI provides free online workshops and support for hundreds of students from 23 countries and 27 U.S. states. He is currently developing his Sustainability and Community AI Fair – a science fair that will award substantial funding from corporations to promising AI-for-good projects around the world, including grants to support low-income students in pursuing their ideas.

Kar began his work in middle school while volunteering in the aftermath of Hurricane Harvey. He began building complex projects that used AI to unite missing children with families and to alert public utilities about water leaks. Realizing the power he held to make a difference, he launched Community AI and, most recently, launched the Community AI Academy, where volunteer tutors help students master the prerequisite skills needed to learn AI. “Every second and late night I’ve spent on my volunteer work has helped me feel fulfilled,” says Kar.

In six years, Patel’s nonprofit has raised more than $50,000 and impacted over 20,000 kids globally. Alley-Oop Kids also provides free summer sports camps and gives foster kids the chance to attend professional sports games. He began his program as an 11-year-old, inspired after basketball practice at his local Boys & Girls Club, where he noticed players had little of the gear they needed. He resolved to help and raised $6,000 to purchase new shoes, uniforms, and balls for all 50 players.

During the pandemic, Patel launched the Alley-Oop App to connect people with extra sports gear (and gently-used laptops for virtual schooling) with those who needed it. “I’ve learned that real growth happens outside of one’s comfort zone and usually after more ‘noes’ than ‘yeses,’” he says.