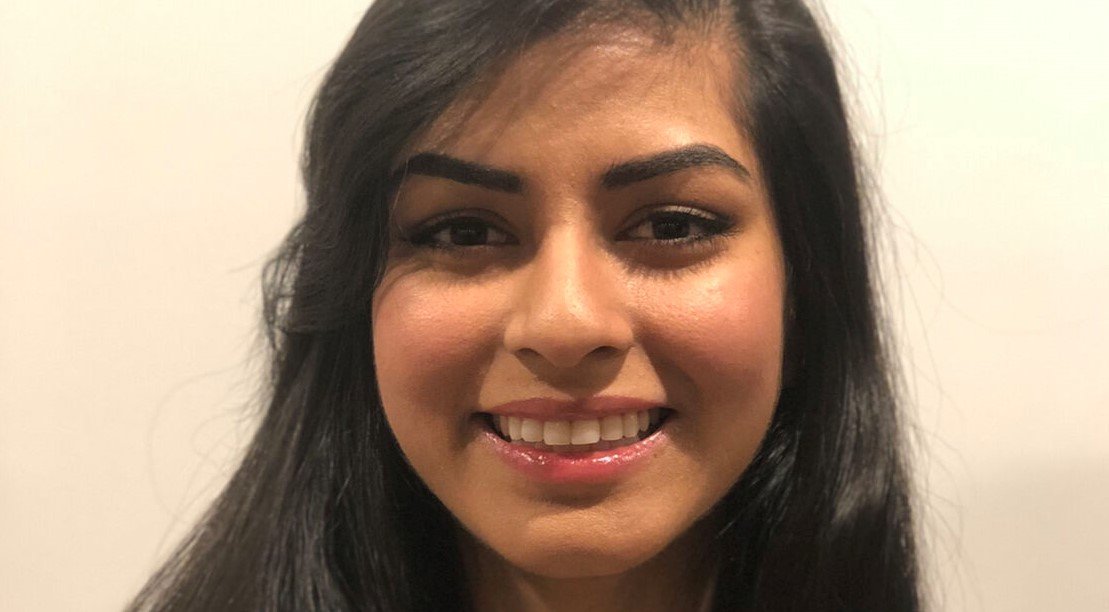 Tanvi Rao was among the 24 students chosen as 2021 Gates Cambridge Scholars. The program’s aim is to create a global network of future leaders committed to improving the lives of others. (gatescambridge.org photos)

The Gates Cambridge Trust Feb. 8 announced its latest cohort of Scholars as part of its 2021 class, with four Indian Americans named among the 24 honorees.

Among the group were Tanvi Rao, Venkata Chaluvadi, Veeraj Shah and Meena Venkataramanan.

The class scholars, according to the news release, are considered among the most academically outstanding and socially committed U.S. citizens, which is why they have been selected to be part of the 2021 class of Gates Cambridge Scholars at the University of Cambridge in the scholarship’s 20th anniversary year.

Rao, who will do a doctorate in radiogenomics, attended Georgia Tech and has been working as an associate at 11Ten Innovation Partners, will work in the emerging field of radiogenomics which combines medical imaging with genomic data.

She will seek to develop imaging biomarkers and predictive models for liver cancer with the aim of improving access to care by creating tools that enhance diagnostics, enable remote assessment and improve precision care, her bio notes.

Chaluvadi, as a first generation Indian American, says his lived experiences both growing up in rural South Carolina and visiting India strengthened his resolve in addressing today’s global energy challenges.

Throughout his undergraduate in materials science and engineering at Clemson University, he experienced many different aspects of research.

“Ultimately, I fell in love with the power of high-throughput computational studies and its ability to help gain a better understanding of composition-structure-property relationships,” Chaluvedi said.

Chaluvedi will pursue a master’s in nanoscience and nanotechnology at Cambridge University, where he hopes to combine molecular modeling techniques with informatics for the intelligent design of advanced nanomaterials at the atomic level, specializing in battery components.

Shah is wrapping up his studies at the University of Maryland at College Park where he is pursuing a health policy and technology degree. He will pursue a doctorate in public health and primary care at Cambridge.

As an undergraduate, Shah created an individual studies degree in “Health Policy and Technology” and studied how both policy and novel technology can create more equitable healthcare systems that emphasize preventive health.

Through experiences leading Public Health Beyond Borders, a student-led global health organization, he saw the potential of education to improve preventive health in India, Peru and Sierra Leone.

“This led me to start Chat Health, a nonprofit organization that applies artificial intelligence to provide accessible and real time information on preventive health,” he said.

Venkataramanan is receiving her undergraduate degree in English and South Asian studies at Harvard University, and will continue her English studies at Cambridge in pursuit of a M.Phil. degree.

Growing up one hour north of the U.S.-Mexico border as a first-generation immigrant of Indian descent, Venkataramanan says she has always been fascinated by the construction and deconstruction of borders.

“My identity as an Indian American born in the U.K. and living proximally to Mexico is one that has transcended borders, spanning manifold countries and cultures,” she said.

She adds that it has driven her to found initiatives such as South Asian Americans in Public Service, a national movement to empower South Asian American students to enter careers in public service, and Stories from the Border, a journalistic platform focused on illuminating narratives of U.S. migration.

Above all, she says her identity has inspired her to bridge borders wherever she sees them—often, through storytelling as a journalist and writer.

She says her ultimate goal is to harness literary analysis to identify solutions to rising anti-immigrant sentiment in both countries, which she will propose in her dissertation.

In addition to outstanding academic achievement the program places an emphasis on social leadership in its selection process. The program’s aim is to create a global network of future leaders committed to improving the lives of others, the release said.