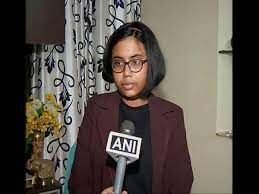 AURANGABAD, Maharashtra – In a remarkable achievement, Diksha Shinde, a 14-year-old girl, was selected as a panelist on the Minority Serving Institution Fellowships Virtual Panel of the National Aeronautics and Space Administration.

Diksha Shinde, who is in Class 10, said that she read many books by Stephen Hawking and submitted an essay titled “Questioning the existence of God” in September 2020. However, it was rejected. She said in a conversation with ANI that she had submitted it again with slight changes to the initial essay on October 2020. The essay was rejected for the second time.

“I then decided,” she said, “to send a research article in December 2020 on ‘Black Hole’ which was liked and accepted at NASA. I won a research competition organized by International Astronomical Search Collaboration. In that, I provisionally discovered the ‘Main Belt asteroid’.”

The International Journal of Scientific and Engineering Research accepted her research paper on ‘We Live in Black Hole?’ in May 2021.

Shinde said that she was selected as a panelist for the 2021 MSI Fellowships Virtual Panel in June. “I accepted the offer and will start working soon. My job involves reviewing proposals submitted by researchers and describing a collaborative approach to conduct research with NASA and understanding the connection between proposed research area and academic discipline pursuit of the students,” she said.

The young researcher said that she attends the research discussions every alternate day. She is paid for the job of panelist. Her father, Krishna Shinde, is a school headmaster, while her mother Ranjana Shinde gives tuition classes.

She said she would get training at NASA once she reaches the age of 18. Shinde will also attend a conference to be held in October 2021 and NASA will bear all her expenses.