HomeEntertainmentCinemaFrom L.V. Prasad in ‘Alam Ara’ to RGV, The South is no Stranger to Crossover Cinema

From L.V. Prasad in ‘Alam Ara’ to RGV, The South is no Stranger to Crossover Cinema 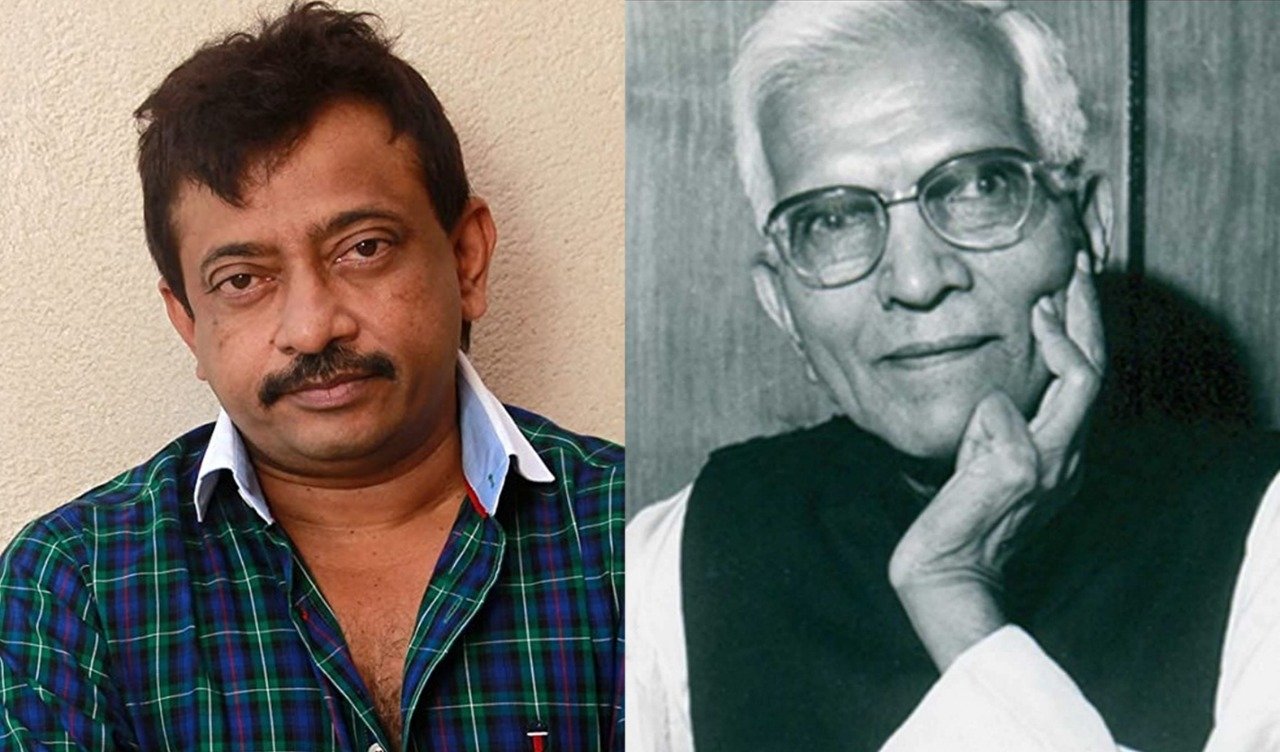 From L.V. Prasad in ‘Alam Ara’ to RGV, The South is no Stranger to Crossover Cinema

HYDERABAD, (IANS) – South Indian film industries have always been a key contributor to Bollywood, both in terms of super hit stories and crossover stars like Rajinikanth and Kamal Haasan.

While the trend of making multi-lingual movies by the southern filmmakers and releasing them pan-India is the recent one, the Telugu and Tamil film industries had been contributing to the success of Bollywood for decades.

Successful stories in Tollywood and Kollywood always attracted the filmmakers from Bollywood. The leading filmmakers from the south also tried their hands and most of the times were successful in making Hindi movies with their own stories and a mixed star cast.

Well-known producer, actor and director L.V. Prasad, a Telugu, was one the pioneers who enriched the Indian cinema. He acted in India’s first talkie ‘Alam Ara’ in 1931 and also had the distinction of acting in ‘Kalidas’, the first Telugu and Tamil bilingual talkie, and in first Telugu talkie ‘Bhakta Prahlada’. He not only acted in Hindi and Telugu movies but also produced directed movies in various Indian languages including Telugu, Tamil, Kannada and Malayalam.

The story of Bollywood adapting to the successful formulas in south goes back to 1960s. Filmmaker Dr B. Kiran Kumar recalls that several hit movies starring legendary actors N.T. Rama Rao and Akkineni Nagaeswara Rao were remade in Hindi.

‘Navarathri’ (1966) starring Akkineni Nageswara Rao in nine roles proved a super hit. Its director T. Rama Rao, who passed away recently, was seen as the pioneer of crossover movies. Many of his family drama movies were remade in Hindi.

‘Navarathri’ was made in Hindi as ‘Naya Din Nayi Raat’ with Sanjeev Kumar playing nine roles. However, it bombed at the box office. However, this did not deter T. Rama Rao. He worked with Jeetendra for Hindi remakes of at least 10 of his hit Telugu movies.

T. Rama Rao directed ‘Yamagola’ (1977) starring N T. Rama Rao, which was a big hit. He directed the same story in Hindi as ‘Lok Parlok’ (1979) with Jeetendra in the lead. The formula worked and this marked the beginning of their association.

The next two years saw T. Rama Rao directing Jeetendra in ‘Judai’ (1980), ‘Ek Hi Bhool’ (1981) and ‘Maang Bharo Sajna’ (1980), all remakes of Telugu and Tamil hits. Interestingly all the three movies had Rekha in the female lead.

‘Devatha’ (1982) directed by K. Raghavendra Rao and starring Sobhan Babu, Sridevi and Jayaprada was remade in Hindi as ‘Tohfa’ (1984) with Jeetendra playing the male lead. Based on the story of two sisters who are in love with the same man, it proved a big hit.

T. Rama Rao also partnered with Rajinikanth for Hindi remarks. Tamil action movie ‘Moondru Mugam’ (1982) with Rajinikanth in a triple role and directed by A. Jagannathan was a blockbuster. It was remade in Hindi as ‘John Jani Janardhan’ (1984) and directed by T. Rama Rao, but it proved a flop. ‘Bulandi’ (2000) a remake of 1994 Tamil hit ‘Nattamai’ met a similar fate. Rajinikanth had a special appearance in ‘Bulandi’ which starred Anil Kapoor in double role.

However, biggest success for T. Rama Rao with Rajinikanth in Hindi came with ‘Andha Kanoon’ (1983) which also starred Amitabh Bachchan in an extended special appearance. It was a remake of THE Tamil hit ‘Satam Oru Iruttarai’ (1981) starring Vijayakanth.

Tamil filmmaker K. Balachander is also considered a pioneer of crossover concept. In 1977, he directed ‘Aaina’, starring Mumtaz and Rajesh Khanna. It was remake of Tamil movie ‘Arangetram’ (1973), which revolves around a young woman who takes to prostitution to support her conservative but poor family. It marked Kamal Haasan’s first adult role.

Kamal Haasan went on to play the lead in several movies directed by Balachander. The filmmaker gave Bollywood one of the biggest hits of its times with romantic tragedy ‘Ek Duje Ke Liye’ in 1981. With this movie, Kamal Haasan, Rati Agnihotri and Madhavi made their Bollywood debut. It was a remake of Telugu film ‘Maro Charitra’ (1978) which too had Kamal Haasan in the lead and deals with cross-cultural romance between a Tamil boy and Telugu girl. ‘Ek Duje Ke Liye’ was about romance between a Tamil boy and a Hindi-speaking girl. The film is known for Bollywood debut of singer S.P. Balasubrahmanyam and some of the memorable melodies.

Telugu film industry watchers point out that in addition to re-making south films into Bollywood movies, many movies from Tollywood and Kollywood were dubbed into Hindi.

Tamil action thriller ‘Oru Kaidhiyin Diary’ (1985) starring Kamal Haasan in dual role was a superhit movie. It was directed K. Bharathiraja and co-written by K. Bhagyaraj, who remade it in Hindi as ‘Aakhree Raasta’ (1986) with Amitabh Bachchan playing the lead.

There are also instances of Kollywood remaking Hindi hits into Tamil. Shankar made the Aamir Khan-starrer ‘3 Idiots’ (2009) into Tamil as ‘Nanban’ (2012).

Murgados’ Tamil action thriller ‘Ghajini’ (2005) with Suriya and Asin in the lead was not only dubbed in Telugu but he also had its Hindi remake with the same name and casting Aamir Khan in the lead. Released in Hindi in 2008, it was based on the story of a businessman with short term memory loss out to avenge his girlfriend.

Filmmaker Laxman Murari pointed out that despite ‘Ghajini’ became a hit in two regional languages, its Hindi remake was exceptional, and the credit went to Aamir Khan.

Ram Gopal Varma’s ‘Siva’ (1989) based on criminalization of student politics and starring Nagarjuna was remade in Hindi with the same star cast. He made several bilingual films like ‘Raat/Raatri’ (1992), ‘Money’ in Telugu (1993) was remade in Hindi as ‘Love Ke Liye Kuch Bhi Karega’ in 2001. He also made movies in Hindi and dubbed them in Telugu like ‘Satya’ and ‘Vaastu Shastra’.

Laxman, who has been associated with the business of dubbing movies, recalled that many southern hits were dubbed into Hindi in 1980s and 1990s, but the experiment did not prove successful in every case. “Lip synchronization was the toughest thing to achieve in dubbing. It was a very challenging work then. Now with several editing software available, dubbing has become very easy,” he said.

However, realizing that just dubbing a successful South movie into Hindi is not enough, the filmmakers are going for multi-lingual movies with big budget, special effects and strong content to come out with pan-India blockbusters like ‘Baahubali’, ‘KGF’ and ‘Pushpa’.