From NASA Missions To Private Trips, Humankind Gets Closer To Moon 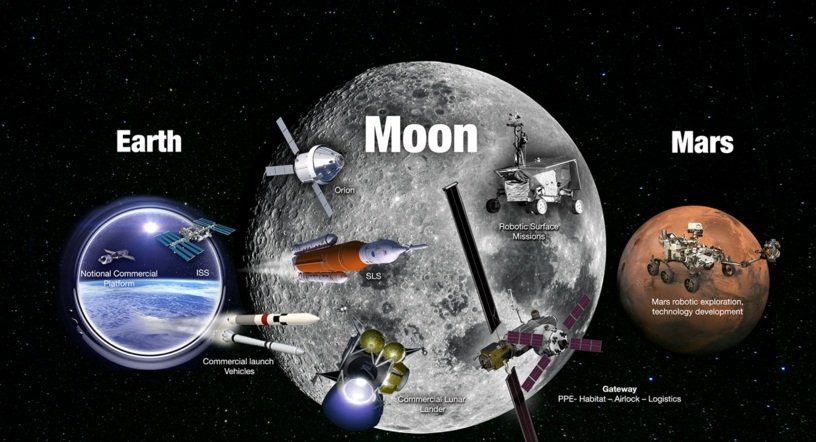 From NASA Missions To Private Trips, Humankind Gets Closer To Moon

WASHINGTON, DC (IANS) – From a crewed NASA mission to private spacecraft roaring to explore the Moon, the year 2023 promises to be the final lap towards sending humans, including a woman and a person of color, to the lunar surface in 2024.

On November 28, Orion spacecraft reached its maximum distance from Earth during the Artemis I mission when it was 268,563 miles away from our home planet.

Among the accomplishments for NASA’s human spaceflight programs, the agency successfully launched, for the first time, its Space Launch System (SLS) rocket, which put NASA’s Orion spacecraft on a path that travelled farther than any spacecraft built for astronauts has been before.

The US space agency has completed manufacturing the booster segments and delivered the engine section to Kennedy for the Artemis III mission, which will be humanity’s first return to the lunar surface in more than 50 years and land the first woman on the Moon.

The agency has also completed numerous key Artemis milestones that will ensure not only a human return to the lunar surface, but long-term exploration on and around the Moon in preparation for sending the first astronauts to Mars.

To date, the agency has identified 13 candidate landing regions near the lunar South Pole where the next American astronauts on the Moon could land during Artemis III, selected Axiom Space to provide the moonwalking system, including spacesuits, that astronauts will use during Artemis III, as well as awarded a task order to Collins Aerospace to develop new spacesuits for the International Space Station.

NASA also awarded a contract modification to SpaceX to further develop its Starship human landing system to meet agency requirements for long-term human exploration of the Moon, including a second crewed landing demonstration mission during Artemis IV, and announced a call to companies to provide proposals for sustainable lunar lander development as the agency works toward a regular cadence of Moon landings beyond Artemis IV.

It has issued a draft request for proposals for Lunar Terrain Vehicle services to solicit companies’ feedback and completed desert analog missions with crew in a simulated lunar environment to test pressurized rover operations and moonwalks for future Artemis missions.

Japanese billionaire Yusaku Maezawa in December announced an eight-person private mission around the Moon, carrying artists and creative professionals on a SpaceX flight.

“I hope each and everyone will recognize the responsibility that comes with leaving the Earth, traveling to the moon and back,” Maezawa said in a video making the announcement.

In 2018, SpaceX CEO Elon Musk revealed that Maezawa, Founder of Japan’s largest online clothing retailer Zozotown will be the first private customer to ride around the Moon on the company’s future rocket, the Big Falcon Rocket (BFR).

According to The Verge, Maezawa plans to fly on the trip as early as 2023, with artists onboard, as part of his “dearMoon” mission.