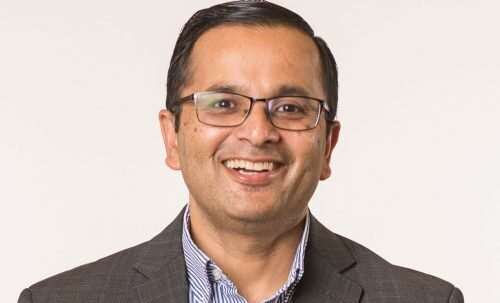 Physician Gaurav K. Shah is breaking barriers in his field, recently having been named as the first Indian American on the board of the American Society of Retina Specialists.

Shah completed medical school at the University of Illinois College of Medicine in Chicago. He was a resident at the University of Minnesota, Department of Ophthalmology, for three years, and spent two years as a Heed Fellow at the renowned Wills Eye Hospital under the direction of Dr. William Benson, according to his bio.

Shah came to the Barnes Retina Institute in the summer of 1999, where he not only sees patients in the office, but also teaches Washington University ophthalmology residents and fellows and participates in grand rounds and various lecture forums. He was voted Ophthalmology Clinical Teacher of the Year for 2001-02, it said.

Shah credits his father for being interested in ophthalmology. He was heavily involved with the Lions Club International in India, where the younger Shah grew up, and he used to go with his father to the cataract eye camps that he would coordinate for the underprivileged and poor.

“That was my first exposure to ophthalmology, and I was fascinated by the amount of need that I witnessed firsthand, which made a very strong impression on me,” Shah said in a Retina Today report.

“I certainly did not always know that retina was going to be the field for me. In medical school, I worked in the vitreoretinal lab of Norman Blair, MD, who was doing research into retinal diseases, which got me interested in ophthalmology and also in retina,” he added in the report. “During that time, I would attend the grand rounds, not really knowing what I was seeing, but I was amazed by all the diseases that were manifested in the retina, such as sickle cell disease, hypertension, and diabetes. As a medical student, I could actually see something a patient had, rather than trying to listen to a murmur in the heart that I was not completely sure I really heard. Those experiences at the Eye and Ear Infirmary solidified my decision to pursue ophthalmology.”

Shah, Fellowship director at The Retina Institute in St. Louis, said that much of the skills that he feels are important to teach Fellows were taught to him by his mentors in Minnesota and at Wills Eye Hospital.

In addition to achieving success in the operating room and patient-management skills, he said he thinks one of the most important messages he tells Fellows is to contribute to their field, whether that be on the political front, on the academic front, or on the community front.

“Do something that leaves your profession better than it was when you started. I also tell them to be aware of the business side of retina because it is critical to be educated and be an active participant in that process,” he noted.

He has also lectured on various topics at several meetings both inside and outside the United States, it added.

Shah is a member of the Retina, Vitreous and Macula Society. Additionally, he is an OMIC Committee member.

Shah is the son of Kirit Shah, president of the Health and Care Foundation’s International Resource Committee, as well as Healthcare Chair for ICA-Indians for Collective Action in the San Francisco Bay Area of California.