Geopolitics Has India Waging Lonely Battle To Get 26/11 Masterminds 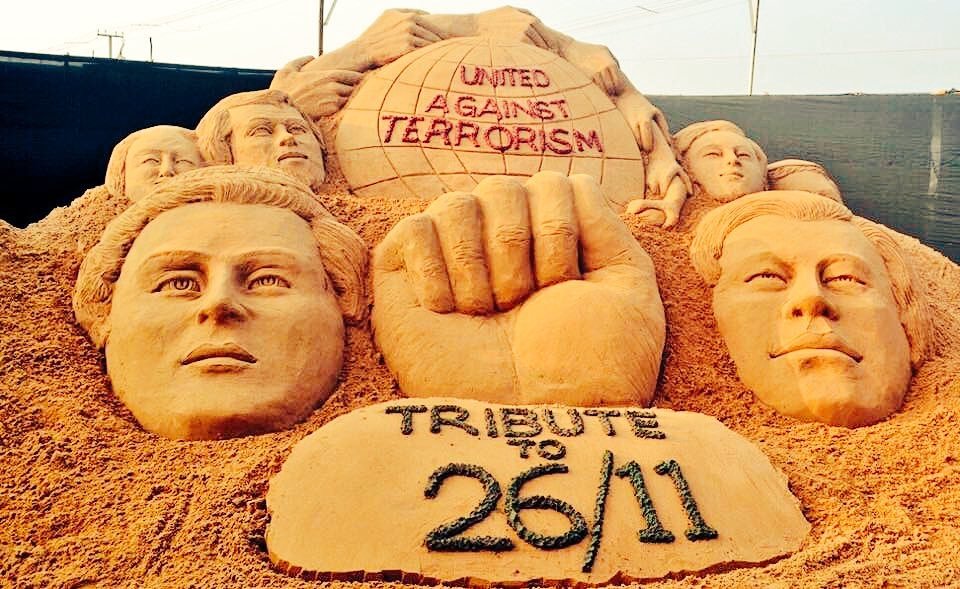 Geopolitics Has India Waging Lonely Battle To Get 26/11 Masterminds

WASHINGTON, DC (IANS) – US President George W Bush called Prime Minister Manmohan Singh even before the 26/11 terrorists were done with their massacre of civilians in Mumbai, and even before the body count was over. President-elect Barack Obama was in close touch with the Bush administration for updates.

And a team of New York police officers was in Mumbai just three days after the most horrific terrorist strike in India’s history was over. They wanted to see and study first-hand how the attack was carried out in view of their own encounter with a terrorist attack seven years before in 2001.

The two countries announced their intention to launch a Joint Counterterrorism Initiative just a year later in November 2009 during Singh’s visit to the White House as President Obama’s first state guest.

It was signed and operationalized a year later in 2010, and it was in addition to the Joint Counter Terrorism Working Group that had met intermittently since its inauguration in the 1990s, but with more regularity in the aftermath of the 9/11 terrorist attacks in the United States.

The 26/11 Mumbai terrorist attacks started an unprecedented era of counterterrorism cooperation between India and the United States with a clear focus on Pakistan, which narrowly escaped being designated a state sponsor of terrorism by the US, along with Iran, Syria, and North Korea.

Washington appears to have moved on in recent years for a variety of reasons. Among them, as pointed out by experts, are efforts made by Pakistan to comply with conditions laid out by the Financial Action Task Force, a Paris-based watchdog on money laundering and terror financing, to escape being put on the Blacklist which would have deprived Pakistan of credentials needed to secure international financial loans that it has come to bank on for sustenance.

The United States does not remind Pakistan of its obligation to punish the perpetrators of the 26/11 attacks anymore. Five of the 166 people killed — in addition to nine of the 10 terrorists (the tenth, Ajmal Kasab, was captured and executed after a trial) — were Americans. And David Headley, a key conspirator, was an American, of Pakistani descent.

Hafiz Saeed, founder of the Pakistan-based terrorist group Lashkar-e-Toiba, which carried out the Mumbai attacks, has, and continues to, enjoy an indulgent justice system. He has been in and out of jail and for a while took to openly challenging the US, which had announced a bounty for his arrest, to get him.

In fact, the US looked on and allowed Pakistan to apply for and obtain the UN Security Council’s approval to release Saeed’s pension due to him for a college teaching job.

In an indirect but unmistakable reference to Pakistan, the joint statement issued by India and the US during Singh’s 2009 White House visit said that the two leaders eeee “expressed their grave concern about the threat posed by terrorism and violent extremists emanating from India’s neighborhood, whose impact is felt beyond the region. The two leaders agreed that resolute and credible steps must be taken to eliminate safe havens and sanctuaries that provide shelter to terrorists and their activities”.

“There has been considerable improvement in India-U.S. counterterrorism cooperation since the Lashkar-e-Tayyiba (LeT) attack on Mumbai in November 2008,” Bruce Riedel, a former CIA officer who worked in the Obama administration on Afghanistan and South Asia, wrote in a 2012 article for Brookings Institution, a leading US think tank where he has worked since leaving office.

He added: “The United States should also consider a unilateral step: placing Pakistan on the State Department list of terrorist sponsor states. It certainly meets the criteria and has for decades.”

Riedel wrote that the first Bush administration had “seriously” designated Pakistan way back in 1992. The immediate context for the move and its abeyance could not be ascertained immediately.

The state-sponsor-of-terrorism designation could have been complicated. America needed Pakistan’s cooperation in dealing with and resolving its Afghanistan involvement. So, the former CIA operative went on to recommend that the US sanction individual Pakistani officials and departments — Department S of the intelligence service ISI — instead.

It did not happen. And Pakistan dug itself out of this hole subsequently. Among other things, it has used the recent floods to reinvent — and portray — itself as Ground Zero of climate change. Horror stories of food and health deprivations from there have helped it convince the rest of the world.

26/11 remains an open case and India should get used to dealing with it on its own now.