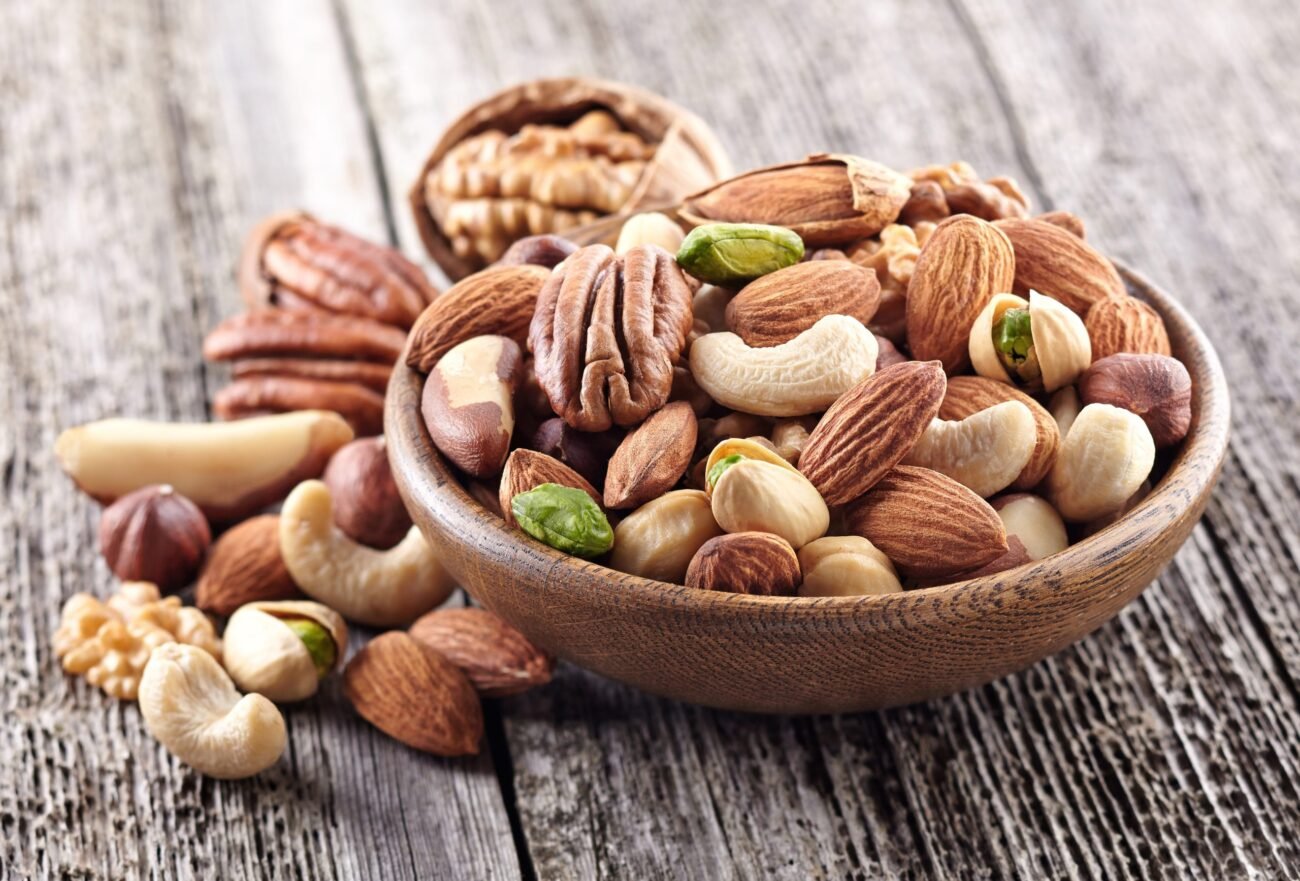 Abdul Halim Sharar, in his classic work ‘Last Phase of an Oriental Culture’ has provided a vivid description of exotic dishes prepared by the bawarchi employed by the Nawabs of Lucknow. He mentions a khichdi cooked with almonds slivers and bits of pistachio substituted for grains of rice or mung lentils. It was so heavy that even a wrestler employed in the court could not have more than a couple of mouthfuls after a workout. Nuts have always inspired legend and lore creating a mystique around them.

From prehistoric times, nuts, and seeds along with fruits and roots have provided essential nutrition to humanity. Our hunter-gatherer ancestors relied on them to almost the same extent as they did on the flesh of animals, birds, and fish they could trap.

The oldest trace of cultivated wild peanuts is found in Peru dating back about 7600 years. Cashews are said to be native to Northern Brazil and Southern Venezuela until they were distributed around the world through colonial expansion. Pistachios are believed to have come from Central Asia, more precisely near Iran and Afghanistan. Archaeological evidence corroborates that pistachio seeds were a common food in this region as early as 6750 BCE. Almond fruits found in Tutankhamun’s tomb in Egypt depict that they were domesticated in the fourth millennium BCE. Walnut traveled from Byzantine Empire (where it was commonly known as a royal nut) to Kashmir through the silk routes.

As agriculture was mastered and wild grasses and grains were domesticated, animal husbandry flourished. Nuts and seeds slowly receded into the background. Their use was confined to additives and garnishes. It is only recently that they are enjoying a robust revival and some nuts have even acquired the status of ‘super foods’.

Botanists insist that many of the nuts can’t be categorized as true nuts, but we shall let that pass. Strictly speaking, a nut is a seed covered by a hard shell. Chestnut, Walnut, Peanut, Pine nut, Pistachio and Cashew nut may all be cited as suitable illustrations. For the purists, among the indisputable is the Brazilian nut. Even the coconut falls in the twilight zone. Most of the nuts in India are given the name ‘mewa’ and are lumped together with dried fruits like raisins, sultanas, apricots, dates, and figs.

Not all nuts are born or created equal. In the Indian mind, pistachio, almonds, and cashew nuts are arranged at the top of the heap in descending order. Mostly they are used in the preparation of expensive sweets. Some traditional cooks claiming a linage traced back to princely kitchens used to prepare a shahi gravy with almond and cashew paste. The same gravy is used to glorify any vegetarian or non-vegetarian delicacy. At times corners are cut and ground nut paste is used to adulterate the ‘shahi’ gravy.

Chilgoze ki Kheer using pine nuts for long-grained rice is perhaps the most exotic of kheers. Peanuts have always been treated as the Cinderella of the nut family, it was once referred to as the ‘chiniya badam’ (almonds from China) and this was at a time when during the colonial period Chinese and Japanese imports were considered ‘sub-standard’.

The range of nuts available has expanded even when one takes almonds, one can snack on honey roasted, pepper roasted or Peri Peri-tinged almonds. Salted, roasted, and fried spicy cashew nuts seem to have lost out to this competition. Surprisingly, peanuts have been reinvented, many companies market them in different avatars, deep fried, draped in batter or shelled in different flavors. Even the plebeian peanut salad, the staple accompaniment in down-market bars has entered the five-star eateries and has been tweaked to become special. Boiled peanuts continue to be served on the bed of crisp papad drizzled with diced tomatoes and chilis sprinkled over with olive oil and enriched with black and green olives along with sun-dried tomatoes.

Salan made with pistachios was believed to be an aphrodisiac recipe created for the ravenous appetites of the princes in Patiala. The best quality peanuts came from Kabul and were valued for their delicate color and taste. Piste ke longie ranked much higher than any other barfi. Very little sugar syrup was used to bind the flavors of the nut together.

In southern India, Kaju continues to be the most preferred nut that is added to almost everything to make it special from halwas to upma and in the western coast, kaju curry and kaju pulav are also made. This is understandable as it was in Goa where the Portuguese first introduced cashew nut to India. The Goans distilled a delectable alcoholic beverage feni from the cashew fruit as well. No one in India has made a liquor like amaretto from almonds, but badam-rogan shirin has for generations been valued for its therapeutic properties.

Nuts have come into their own in the wake of Veganism gathering momentum. Milk made with nuts– almonds and cashew nuts — is preferred over the run-of-the-mill soybean milk. Peanut butter is a popular substitute for the dairy-based counterpart. (ANI)