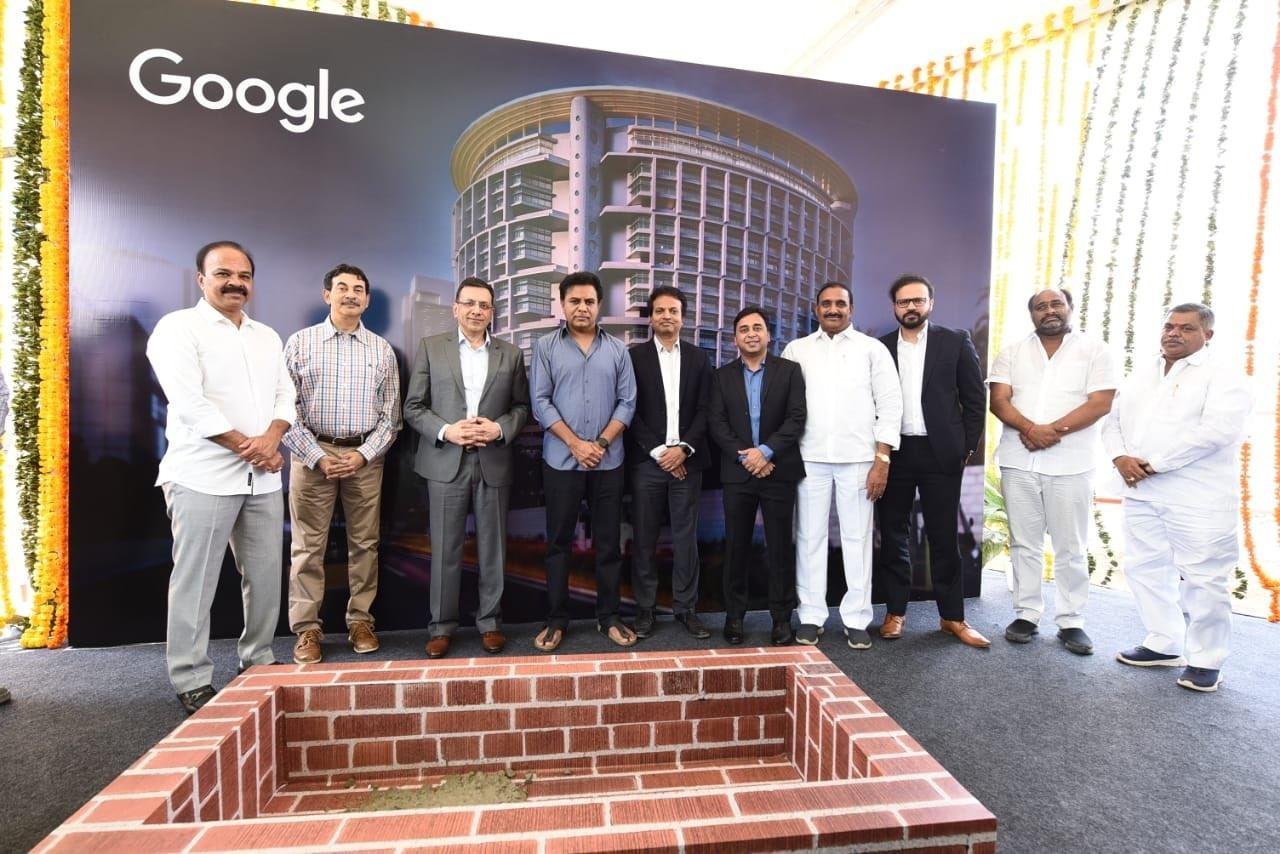 HYDERABAD (IANS) – Google on April 28 began work here on its largest campus outside of its headquarters in the US.

The 3 million square feet building is coming up at Gachibowli, the information technology cluster. The company also unveiled the design of the campus coming up at the 7.3-acre site it acquired in 2019.

Telangana’s Information Technology Minister K.T. Rama Rao said he was super excited to break the ground for Google’s largest campus outside of their headquarters in Mountain View, CA.

The building prioritizes sustainability and energy efficiency throughout its design. Upon commissioning, it will offer a highly skilled tech workforce a healthy, collaborative workplace that is both resilient and adaptable, designed to serve the city for years to come, Google said.

“I am pleased that Google is deepening its roots in Hyderabad through this landmark building which incorporates sustainability into its design, keeping in mind Hyderabad’s large and future-focused talent pool,” said Rama Rao, who unveiled the building design at a ceremony held onsite.

An agreement for the campus was signed between the Telangana government and Google in 2015 when Rama Rao had visited the company headquarters in California.

Meanwhile, Google has signed an MoU with the Telangana government to support and accelerate its vision of leveraging technology for sustainable economic development and inclusive social development.

Under this new initiative, Google will collaborate with the government through its various arms to extend scholarships for Google Career Certificates to Telangana’s youth, support women entrepreneurs through digital, business and financial skills training, and strengthen the government’s school modernization efforts with digital teaching and learning tools and solutions.

As part of the joint effort, Google will also support the Telangana government’s efforts to improve public transportation and use of digital technologies in agriculture.

Rama Rao noted that Google has been working with the Telangana government since 2017, “using its solutions to support our vision of a ‘Digital Telangana’ and furthering our mutual aim of making every citizen digitally empowered”.

“Our previous MoUs with them have resulted in some great initiatives that have positively affected citizens from all walks of life. This time we are focusing on making a step-change in communities such as youth, women, and students and in citizen services,” he said.

Sanjay Gupta, Country Head & Vice President, Google India, noted that Hyderabad has been home to one of Google’s largest employee bases since they started operations in India.

“Over the years, we have partnered with the Telangana government to bring the benefits of Google’s technologies and programs to serve the needs of people in the state. Today, we are pleased to strengthen our association to support and accelerate the efforts of the Telangana government to help youth learn the right skills for employment, support women entrepreneurs with digital skills, and modernise schools for children,” he said.

“These efforts and investments in Hyderabad are part of our larger commitment to India and are designed to address key areas of the country’s rapidly-changing digital landscape. These efforts complement our overarching mission in India, that focuses on enabling more affordable access to the internet for every Indian, building safer and new helpful experiences that answer India’s distinct needs, empowering businesses of all sizes as they make their digital transformation journey, and using the power of AI to address big social challenges,” he added.