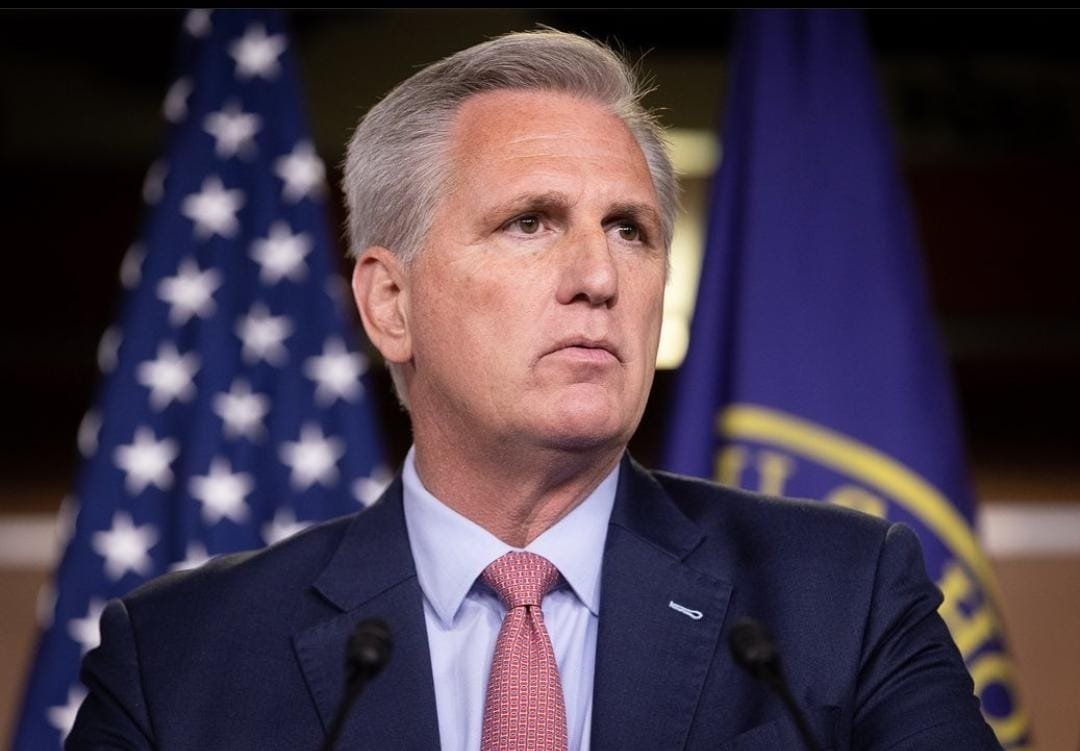 WASHINGTON, DC (IANS) – The Republican Party’s current house minority leader Kevin McCarthy, whose election as speaker of the house in January 2023 itself is not sure, is falling through with his proposal to impeach US President Joe Biden as fellow Republicans have shown cold-shouldered him.

Biden, is not only growing strong with approval ratings with the public as his presidential performance is being endorsed but also found greater support among his party for stopping the much-touted former president Donald Trump’s Red Tsunami ending in a whimper.

The final tally for the house is Democrats 213 and Republicans 222.

McCarthy who is in a face-off with the future minority leader of Democrats Hakeem Jefferies in the house is finding that members of his own party are cold-shouldering him on his impeachment move of the incumbent president Joe Biden, media reports say.

A leading media outlet said that the California Republican’s bid to become the new House Speaker is itself not a sure thing.

He has been threatening to go after the president as well as Department of Homeland Security Secretary Alejandro Mayorkas as he struggled to muster votes among far-right members of his caucus, but Republicans in the Senate are pouring cold water on his plans, with at least one GOP senator dismissing his plans outright.

Politico’s Jordain Carney wrote: “While House GOP leaders feel intense pressure from their Donald Trump-aligned base and colleagues to impeach President Joe Biden or a top member of his Cabinet, many of the party’s senators want nothing to do with it,” adding that any impeachment would die in the Democrat-controlled Senate.

Many leading Republican senators are reportedly serving notices that they don’t want anything to do with impeachment trials and they feel strongly that such a move would prove to be counterproductive and could hurt the party in the 2024 presidential run.

Sen. John Cornyn (R-Texas), a close ally of Senate Minority Leader Mitch McConnell (R-KY), said he ‘hadn’t really given any thought’ to impeaching Biden or a Cabinet official, media reports pointed out. Cornyn claimed he sees no impeachable offenses that need to be taken up.

Senate GOP leadership member John Thune (R-SD) was pinpointed in his observation: “I think there is a legitimate need for oversight but, I mean, I think it needs to be focused on some specific areas.”

While the House GOP leadership has literally struggled hard pushing back on the Democratic-run panel investigating the January 6 Capitol Hills insurrection implicating Trump for inciting the rioters, their Senate counterparts have largely avoided interfering with the select committee on the issue.

Senior GOP Sen. Chuck Grassley (IA) outright dismissed McCarthy’s plans for the upcoming House session, saying: “I can’t do anything about what the House does.”