HomeIndiaGovernment Should Have Acted after 26/11 Mumbai Attacks: Manish Tewari in Latest Book

Government Should Have Acted after 26/11 Mumbai Attacks: Manish Tewari in Latest Book 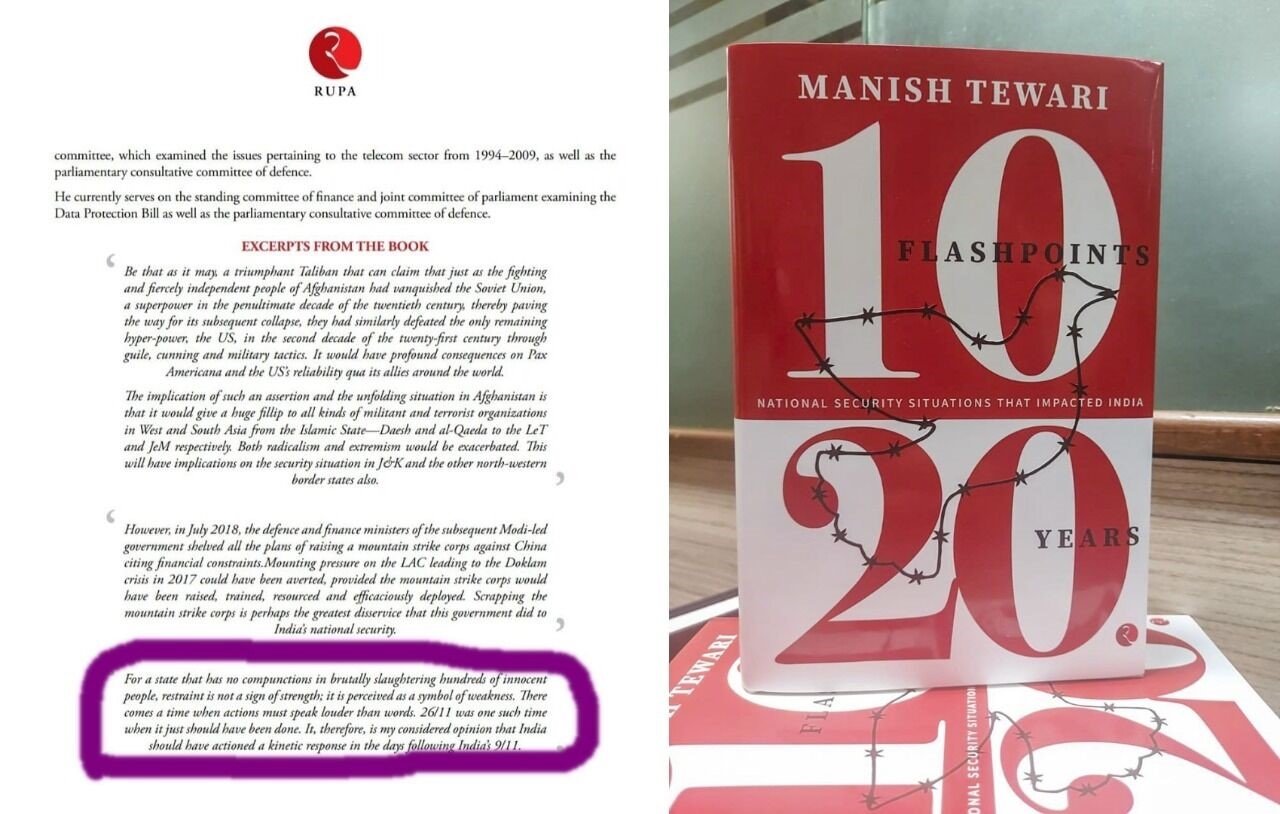 Government Should Have Acted after 26/11 Mumbai Attacks: Manish Tewari in Latest Book

Manish Tewari questions his own government and says in his book that India should have taken action against Pakistan after the Mumbai attacks of 26/11 as restraint is not strength but a symbol of weakness. (photo via IANS)

NEW DELHI – Congress MP Manish Tewari in his latest book has questioned the UPA-1 government’s inaction after the Mumbai attacks. The book is to be officially released on Dec. 2, almost coinciding with the anniversary of the Mumbai attacks.

“For a state that has no compunctions in brutally slaughtering hundreds of innocent people, restraint is not a sign of strength; it is perceived as a symbol of weakness. There comes a time when actions must speak louder than words. 26/11 was one such time when it just should have been done. It, therefore, is my considered opinion that India should have actioned a kinetic response in the days following India’s 9/11,” excerpts from the book says.

Tewari on Nov. 23 announced his new book in a tweet.

He said, “Happy to announce that my Fourth Book will be in the market shortly – ’10 Flash Points; 20 Years – National Security Situations that Impacted India’. The book objectively delves into every salient National Security Challenge India has faced in the past two decades.”

The Congress leader, who was a minister in the UPA-2 government, said that after the Mumbai attacks the government should have taken a decisive action against Pakistan, but it showed restraint, which is not a sign of strength.

The Congress leadership will have to deal with a second book in a month that could stir another controversy. Earlier, Salman Khurshid’s book created a controversy where he compared Hindutva with IS and Boko Haram.

Tewari in the book says that with the rise of Taliban the threat has increased, “In the past two decades the challenges to India’s national security had exacerbated both in complexity and intensity.”

This week, the nation will observe the 13th anniversary of the 26/11 Mumbai terror attacks, which paralyzed the nation’s commercial capital for three days in 2008, in which more than 160 people were killed by terrorists from Pakistan.

The security forces had to launch an operation for three days and rescued 300 people from the Taj, 250 from the Trident and 60 people (members of 12 different families) from Nariman House.