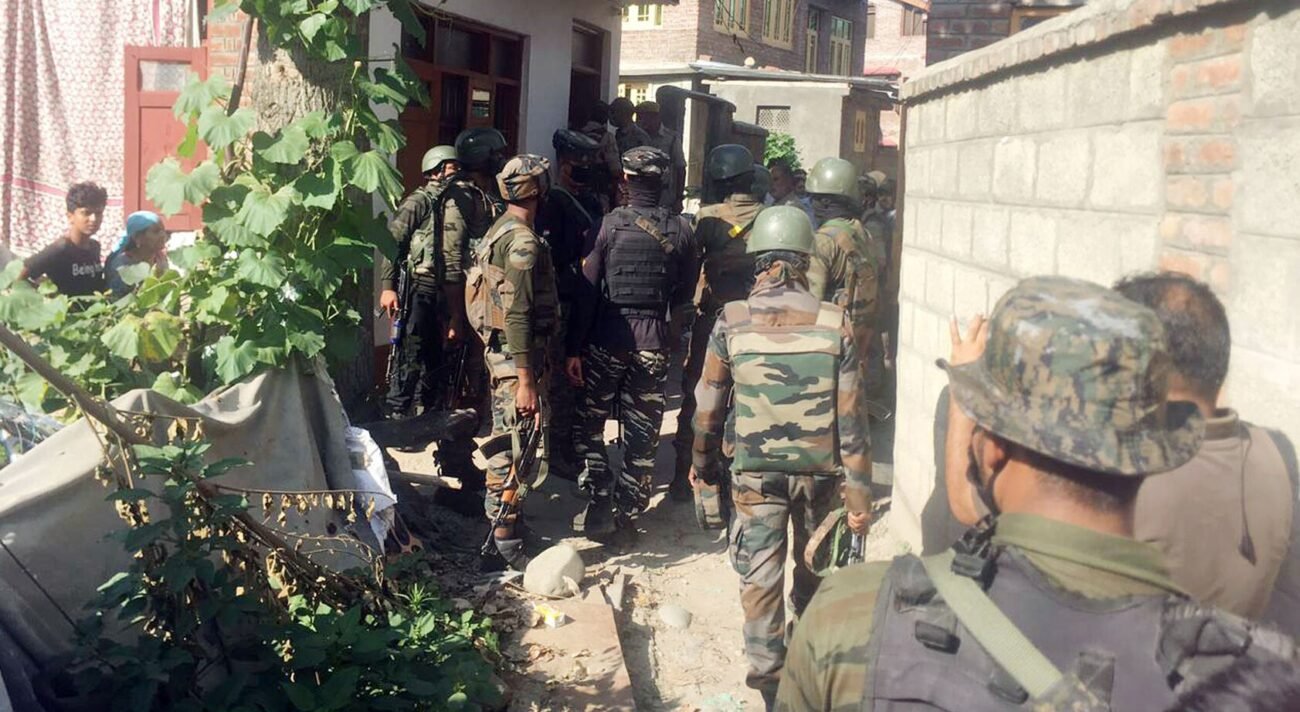 Security forces cordon off an area during a search operation against militant attackers, in Anantnag district on Aug. 9. The BJP’s Kisan Morcha president for district Kulgam, Ghulam Rasool Dar, and his wife were killed in a suspected militant attack. (ANI photo)

SRINAGAR, India — Assailants fatally shot a husband and wife who were both politicians for India’s governing party in disputed Kashmir, police said, blaming militants fighting against Indian rule for the attack.

Police said militants entered the home of Ghulam Rasool Dar in southern Anantnag town Aug. 9 and fired at him and his wife. Doctors declared them dead at a hospital.

Dar was the local president of the governing Bharatiya Janata Party’s farmers’ wing. Both he and his wife were village council members.

Police Inspector-General Vijay Kumar said the two were staying in a government-provided secure hotel room in neighboring Kulgam town but were allowed to go home when they wished.

Suspected militants conducted a series of deadly attacks last year on BJP members in Kashmir. Among those killed was a top BJP politician and his father and brother, who were also party members.

In June, assailants killed a BJP politician in the southern Tral area.

Rebels in Indian-controlled Kashmir have been fighting New Delhi’s rule over the region since 1989.