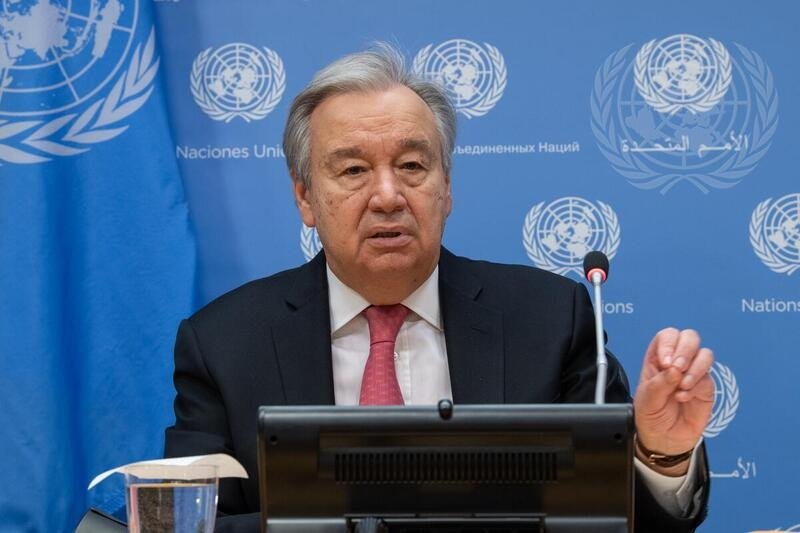 NEW YORK, NY (IANS) – As India pledged to continue its efforts with Russia and Ukraine to end the war, UN Secretary-General Antonio Guterres said on Mar.14 that he has been in “close contact” with New Delhi on the mediation efforts.

Of New Delhi’s efforts to end the “hostilities”, India’s Deputy Permanent Representative to UN, R. Ravindra, told the Security Council, “India has been in touch with both the Russian Federation and Ukraine in this regard and will continue to remain engaged. We call for direct contacts and negotiations with a view to cease hostilities.”

Earlier, Guterres said at a news conference outside the Council chamber, “I have been in close contact with a number of countries — including China, France, Germany, India, Israel and Turkey — for mediation efforts to bring an end to this war. It is never too late for diplomacy and dialogue.”

He added, “The appeals for peace must be heard. The tragedy must stop.”

The diplomatic efforts involving India and Guterres’s contacts with New Delhi come as the war intensifies in Ukraine.

“The human toll continues to mount and the humanitarian situation has become dire,” Ravindra said.

Maintaining a delicate diplomatic balance, he said, “We continue to underline the need to respect the UN Charter, international law and the sovereignty and territorial integrity of states.”

He added, “India has been consistent in calling for an immediate end to all hostilities in Ukraine. Our Prime Minister has repeatedly called for an urgent ceasefire and that there is no other path left but of dialogue and diplomacy.”

The Council heard a briefing from Poland’s Foreign Minister Zbigniew Rau in his capacity as the chair of the Organisation for Security and Co-operation in Europe (OSCE).

Ravindra thanked Rau “for the generosity and help extended to our citizens, in their safe return from conflict zones in Ukraine”.

He said that India has so far evacuated 22,500 citizens from Ukraine.

Ravindra recalled that the OSCE was among the first to condemn the terrorist attack on India’s Parliament in 2001 and said that it “needs to take into account such cross-border terrorist acts and other new and emerging threats”.

He said that the OSCE’s Special Monitoring Mission in Ukraine had played an important role in eastern Ukraine in facilitating the implementation of the package of agreements by the sides involved.

“However, recent developments in Ukraine and consequent deterioration of security situation have halted the functioning of the Special Monitoring Mission,” he added.