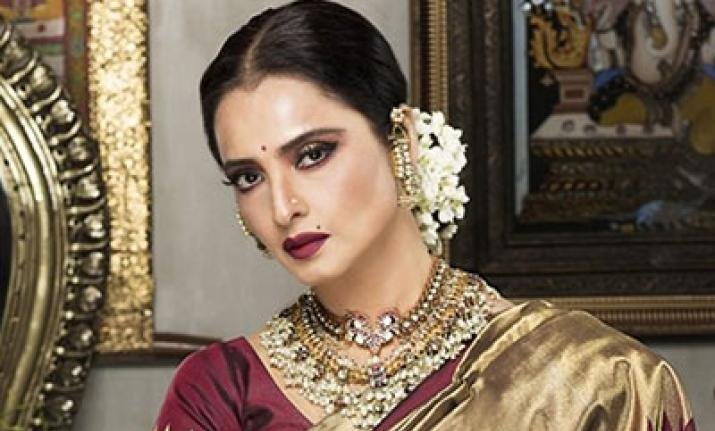 NEW DELHI, (ANI) – Rekha is known for her iconic portrayals in films. She began her acting career at the age of 14 with the film ‘Anjana Safar’ in the year 1969. Post that, Rekha steadily climbed her way to the top. She is presently regarded as one of the most attractive and captivating actors in Indian cinema. Rekha received the Padma Shri in 2010, for her contribution to Indian cinema over the years.

As the actor turns a year older, a look at some of the best films of her career.

Starring Vinod Mehra and Rekha in the lead roles, the film was directed by Manik Chatterjee. The plot followed the lives of a young married couple dealing with the consequences of rape. In this film, Rekha’s acting was remarkable. The film was also remade in Tamil and Malayalam.

Directed by Hrishikesh Mukherjee, Rekha played a quirky character Manju Dayal. Her comic timing and witty dialogues are among the film’s key highlights. The audience applauded Rekha’s performance in the film. Ashok Kumar, Rakesh Roshan, and Shashikala were also a part of the film. ‘Khubsoorat’ was remade in the year 2014 with actors Sonam Kapoor and Fawad Khan in the lead roles.

Helmed by Muzzaffar Ali, Rekha’s performance in this film was one of the best of her career. She was cast in the character of Umrao Jaan, a poetess and dancer. Farooq Shaikh, Raj Babbar, Shaukat Azmi, and Prema Naraya also appeared in the film. Rekha received a National Film Award for her performance in the film.

Written and directed by Yash Chopra, the film starred Amitabh Bachchan, Jaya Bachchan and Rekha in the lead roles and showcased the love triangle between the actors. Despite being a box office failure, the film received the status of a cult classic cinema.

Helmed by Rakesh Roshan, ‘Khoon Bhari Maang’ was a revenge drama starring film Rekha, Kabir Bedi, Shatrughan Sinha, Rakesh Roshan, and Sonu Walia in the lead roles. Rekha portrayed the role of Aarti, a devoted wife. She returns as Jyoti for revenge after being duped by her husband, who left her to die. The film was a commercial success and Rekha received the Filmfare Best Actor (Female) award for her performance.