HomeGlobalHappy My Baby Can Experience This: Ram Charan’s Wife On RRR’s Win

Happy My Baby Can Experience This: Ram Charan’s Wife On RRR’s Win 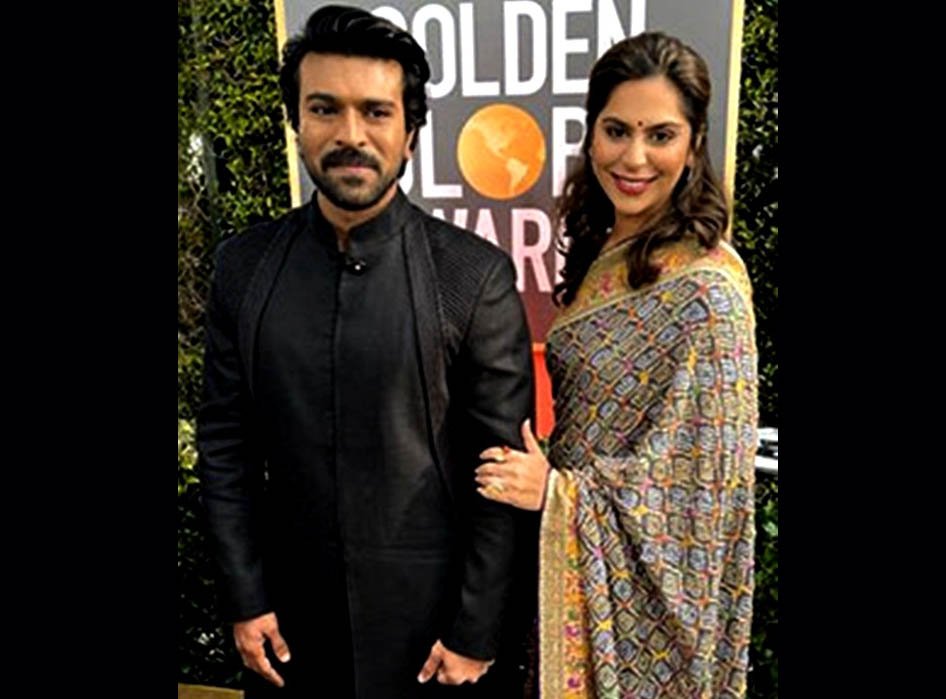 Happy My Baby Can Experience This: Ram Charan’s Wife On RRR’s Win

MUMBAI, (IANS) – Superstar Ram Charan’s wife Upasana Kamineni posted a series of pictures with her husband from Golden Globe Awards 2023 on social media, after ‘Naatu Naatu’, a song from his ‘RRR‘ won the award for Best Original Song.

She also posted a long note expressing her happiness on the success of the film on a global platform. As the couple are expecting their first child, she also called it a special moment for their baby in the message she shared on her Instagram account.

She wrote: “Such an honor to be a part of the #RRR family. Proudly representing & winning for Indian Cinema. #jaihind. Thank u Mr. & Rajamouli Garu for making me part of this journey. From shooting in Ukraine to the Golden Globe Awards you have taught me that clarity of thought, hard work & perseverance pays off. I’m so happy my baby can experience this along with me. I’m so emotional.”

Earlier, Ram Charan also shared pictures on Instagram along with the team of ‘RRR’ after winning the award and wrote in the caption: “& we won the Golden Globes.”

He also spoke at the red carpet about the song and told the media: “In India, everything is so musical… and, talking about the song, my knees still wobble. It is the most difficult song we did, and I guess it all paid off. And, why did my director push both Jr NTR and me to do what we did in that song… And look where we are here talking to you on this red carpet.”