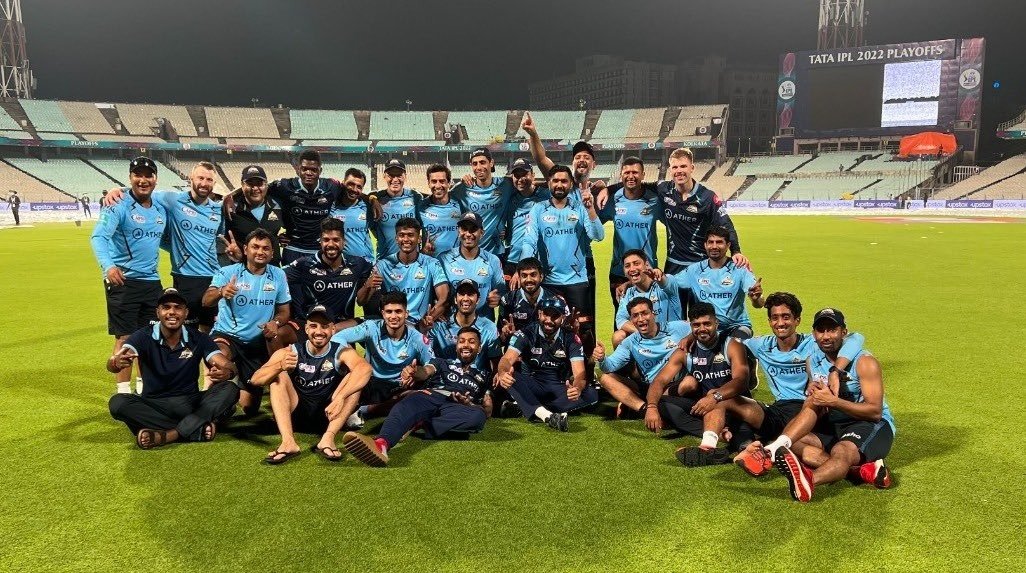 NEW DELHI, (IANS) – The Hardik Pandya-led Gujarat Titans have, in a pleasant surprise, qualified for the final in their debut season itself.

Watching the final Gujarat squad after the mega auction, most cricket pundits, analysts and even the fans didn’t give Gujarat much of a chance to finish in the top-four, but not only have they qualified for the final, but they also finished as table toppers. In their very first season, it seems, the Titans have perfected the winning formula, especially in the run chase. They have won seven out of their eight matches while in that position.

Titans may not be a team full of superstars but Hardik Pandya’s captaincy, David Miller’s solidity, Rahul Tewatia’s final flourish and Rashid Khan’s all-round ability have inspired the rest of their team-mates and brought the best out of them.

Hardik revealed that his team has different characters, and they bring different things to the table.

“All the 23 players are different characters, bringing different things to the table. Was saying to Miller as well, if you have good people around you, you get good things. It’s been that story for us,” the star all-rounder said.

“The kind of people we have, the genuine human beings we have… I genuinely see even the players in the dugout are trying and praying for them to make sure they do well. That is something fantastic and that is the reason we have reached where we have reached. It’s all about making sure we respect this game,” he added.

Ahead of the IPL 2022 mega auction, there were doubts over Pandya’s bowling fitness as well as his captaincy skills, given that he had led only once in senior cricket previously.

As captain, he has usually got the basics right, rotated bowlers well, selected the playing XI well, and kept his calm on most occasions under pressure. Many GT players also spoke about how Hardik and head coach Ashish Nehra have kept the dressing room relaxed.

The bowling group of Rashid Khan, Mohammed Shami, Alzarri Joseph, Yash Dayal, Lockie Ferguson, R Sai Kishore has also played a pivotal role in Gujarat’s march to the final. Titans’ seam attack proved to be the most incisive with the new ball, picking up more than 25 wickets at a strike rate of around 20.