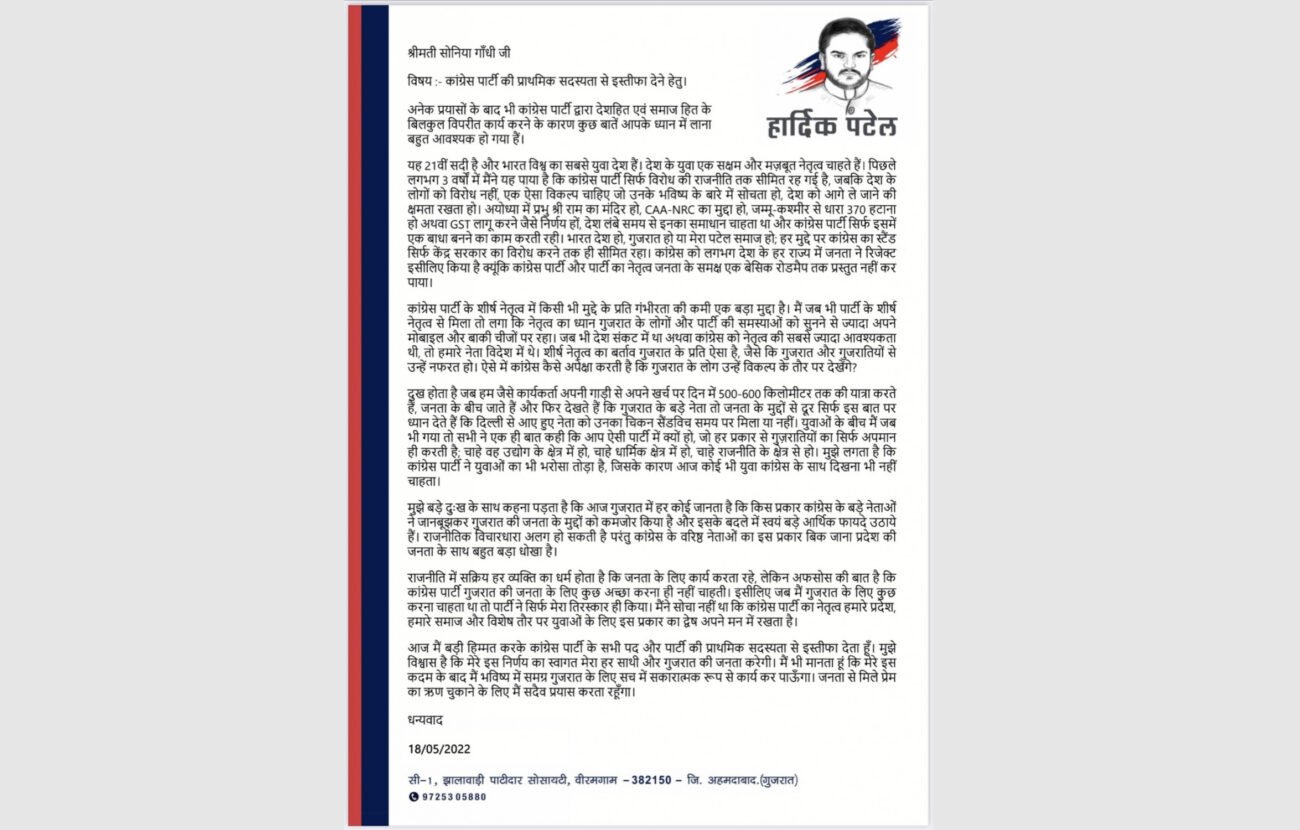 AHMEDABAD, (IANS) – Congress party and Patidar Anamat Andolan Samiti leaders have lashed out at Hardik Patel, who resigned from the Congress party on May 18. Excluding one or two PAAS and BJP leaders, no one has come out in support of Hardik. Former Deputy Chief Minister Nitin Patel has been very cautious, while some leaders called Hardik an opportunist.

Congress spokesman Manhar Patel launched a counterattack on Hardik for his allegation on the party and leaders. “Hardik has no right to make any allegations, because at a very young age, party made him working president, a star pracharak of the party, campaigning in UP, Punjab and Uttarakhand. No other party will ever give him such importance.”

Gujarat Congress in-charge Raghu Sharma has alleged that Hardik is fearing Naresh Patel’s entry in the Congress, as he felt that once Naresh Patel enters the party, his importance will wane.”

There were eight big faces of PAAS movement in 2015, of which six — Chirag Patel, Varun Patel, Lalji Desai, Lalit Vasoya, Gita Patel and Manoj Panara were against his decision to quit Congress, while Alpesh Kathiriya and Dilip Sabva welcomed it.