HomeEntertainmentCinema‘Hey Ram’ Was My Way of Saying Sorry To My Bapu: Kamal Haasan Tells Rahul Gandhi

‘Hey Ram’ Was My Way of Saying Sorry To My Bapu: Kamal Haasan Tells Rahul Gandhi 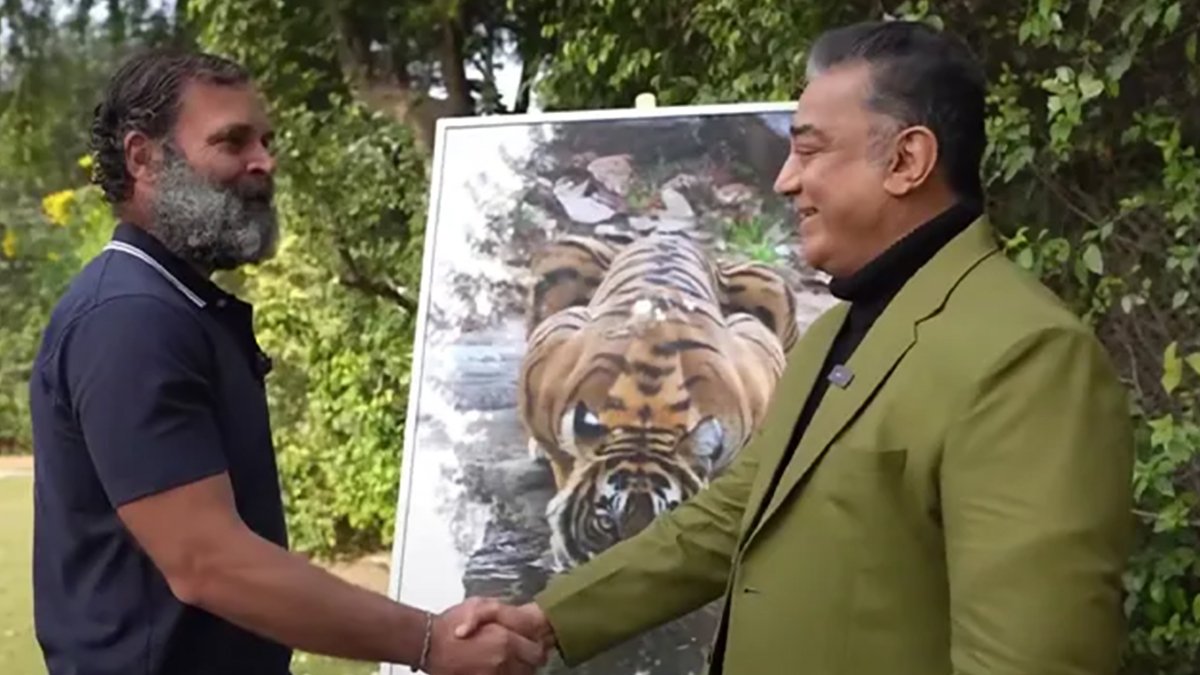 ‘Hey Ram’ Was My Way of Saying Sorry To My Bapu: Kamal Haasan Tells Rahul Gandhi

Kamal Haasan, who on December 24 joined Rahul Gandhi’s Bharat Jodo Yatra as the foot march entered Delhi, discussed politics, India-China, Mahatma Gandhi, and cinema during their one-on-one, when the MNM leader opened about his decision to make “Hey Ram”.

Kamal Haasan, who has a pan-India appeal, spoke at length about his 2000 release ‘Hey Ram’ which was based on the assassination of Mahatma Gandhi. The film was released in both Tamil and Hindi. He spoke about the thought process behind the plot of the film which basically revolved around how his character wanted to kill Mahatma Gandhi in the film but couldn’t after getting to know him. In the film, although Haasan backed out from killing Mahatma Gandhi, somebody else did kill him.

In a heavily emotional moment, Haasan said, “It was my way of saying sorry to my Bapu. I must take the onus of the crimes, including what happened in your family. We let it happen.” Rahul Gandhi lost his grandmother and father, both former prime ministers, Indira, and Rajiv Gandhi in separate assassinations.

He further explained how he was earlier a critic of Mahatma Gandhi but ended up liking him. “I talk a lot about Gandhi ji now, but it wasn’t like that from the beginning. My father was a ‘Congress man’ but my environment made me a bitter critic of Gandhi ji when I was in my teens,” he said.

“My father said, ‘Just read history, you are talking from today.’ But today what matters is what… He is a lawyer, but he didn’t argue with me on this,” he added.

Haasan said, “Around when I was 24-25, I discovered Gandhi ji on my own and over the years I have exponentially become a fan. To correct yourself and say sorry, that’s why I made Hey Ram, where I played a parallel assassin, wanting to kill Gandhi ji. As he gets nearer to the person-and the truth-he changes. But it’s too late, somebody else does the job that he wanted to do but changed his mind about. That’s the story of the film.”