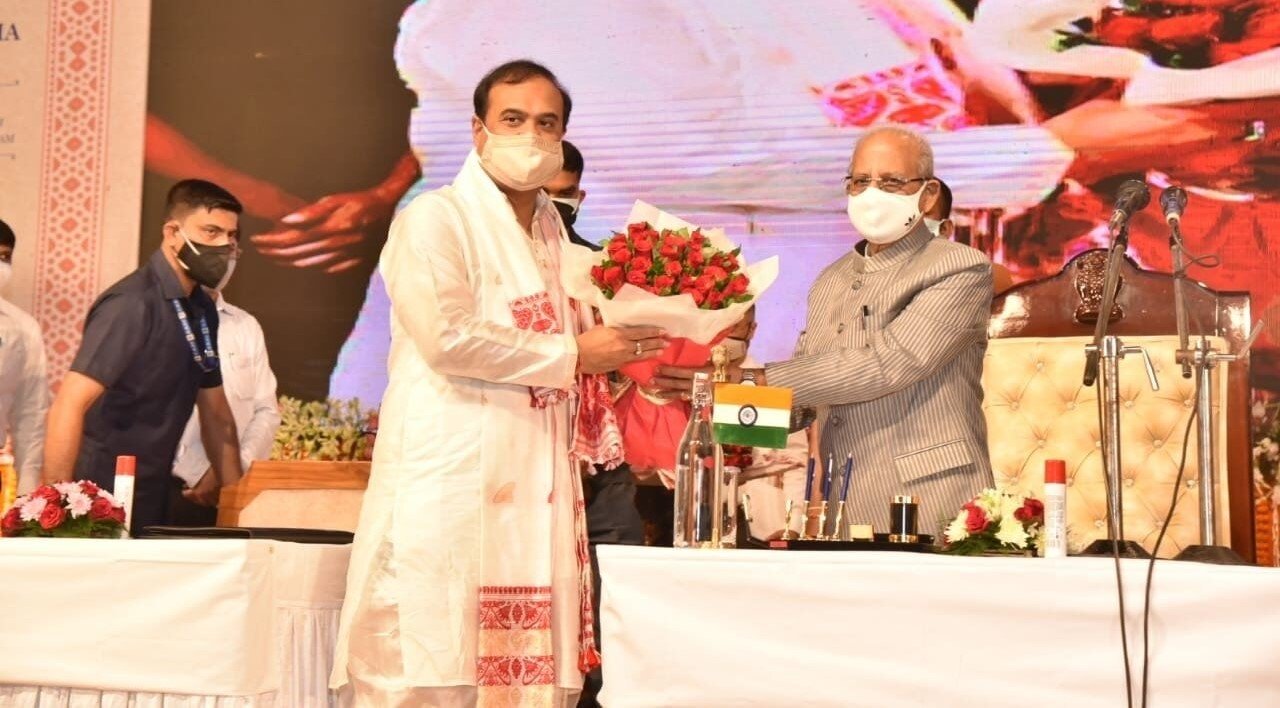 GUWAHATI, Assam – Himanta Biswa Sarma was on May 10 sworn in as the 15th chief minister of Assam, a day after he was named the leader of the newly-elected BJP legislators in the state.

Sarma was administered the oath of office by Governor Jagdish Mukhi at the famous Srimanta Sankardeva Kalakshetra in Guwahati.

Besides the chief minister, 13 newly elected MLAs of the BJP and its allies, the Asom Gana Parishad (AGP) and United People Party Liberal (UPPL), were also sworn in.

Neog, who joined the Bharatiya Janata Party weeks before the recently held Assembly polls, was a Congress Minister in the previous Tarun Gogoi-led governments.

State BJP president Dass, Pegu and Singhal have been inducted as ministers for the first time.