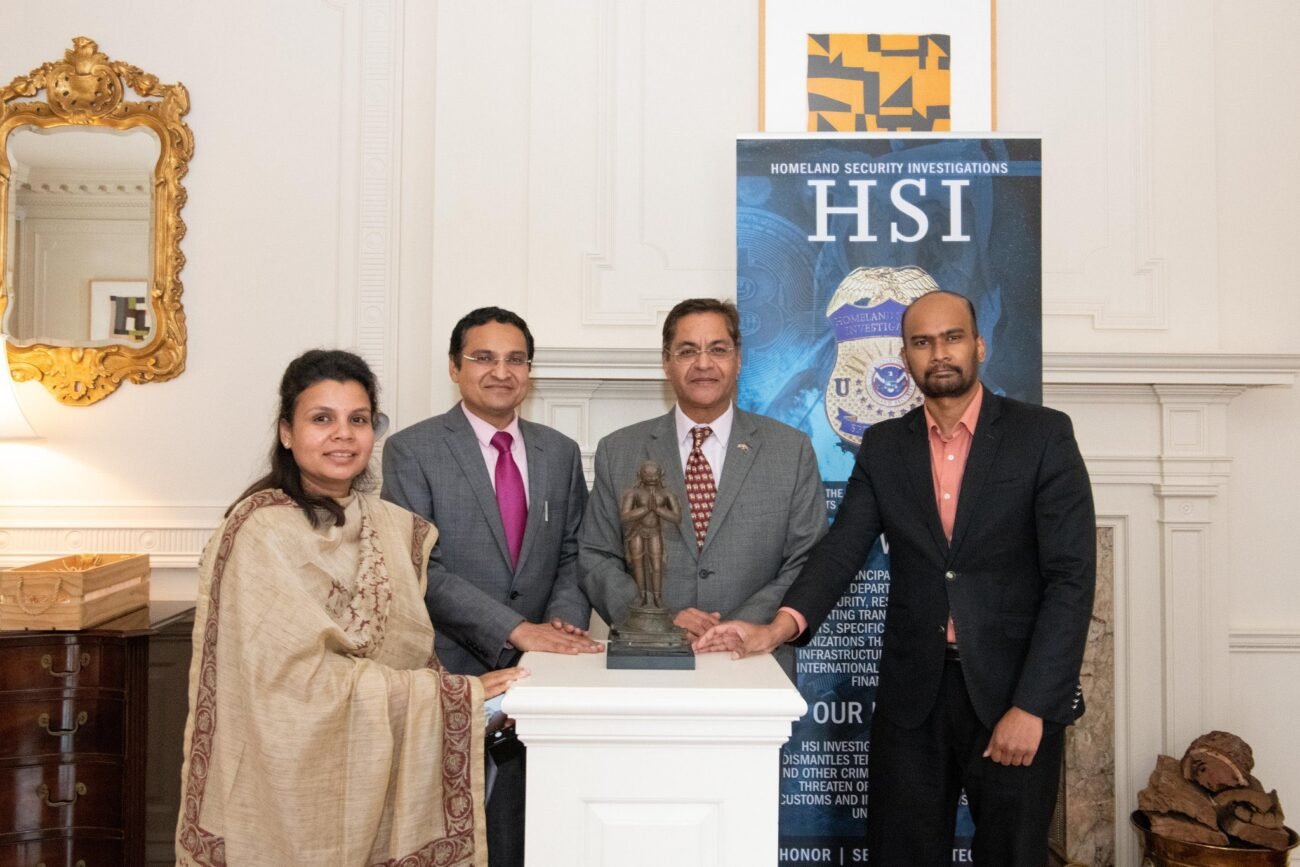 NEW DELHI – A 500 year old bronze idol of Lord Hanuman that was stolen a decade ago from Tamil Nadu and smuggled abroad will be repatriated to India soon.

The 14th-15th century statue, belonging to the Vijayanagar period, was discovered with a private buyer in Australia recently. Neither the New York-based auction house, which had auctioned the idol, and the Australian buyer were unaware that the statue was stolen, it is reported.

The Archeological Survey of India said the idol was burgled along with Sri Devi idol and Boodevi idol from the Varadharaja Perumal temple in Vellur village in Ariyalur district on Apr. 9, 2012. In Mar. 2014, this idol was auctioned to a buyer in Australia. Upon discovery and consequent investigation, it was found to be the same idol that was stolen from India.

The stolen idol was retrieved by US Homeland Security and handed over to the Indian High Commissioner in Canberra by US officials.

G.Kishan Reddy, India’s culture minister tweeted out his thanks to US and Australian authorities.