HomeAmericasIndo AmericaHonored to be in the Birthplace of Chess: US Team in Chennai

Honored to be in the Birthplace of Chess: US Team in Chennai 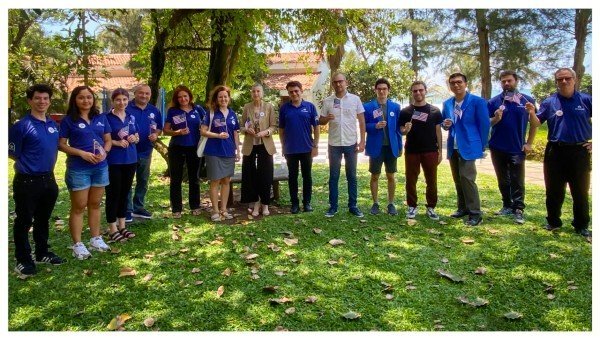 Honored to be in the Birthplace of Chess: US Team in Chennai

CHENNAI, (IANS) – US Consul General in Chennai Judith Ravin on July 28 said that deep ties between India and the US are built on the people-to-people connections forged by sports diplomats while welcoming the US team to Mamallapuram for the 44th Chess Olympiad organized by the Indian Chess Federation and the Tamil Nadu government from July 28 to August 9.

Ravin also discussed with the chess players how the Chess Olympiad in Chennai helps popularize the sport and unites its lovers across the world in a truly global competition.

She also said that it is “thrilled to see the Chess Olympiad take place in Chennai, especially during the 75th anniversary of Indo-US relations”.

US team captain in the open section, John Donaldson, said: “The US teams are honored to compete in the 44th Chess Olympiad in Chennai. India is considered by many as the birthplace of chess and so it is fitting that this prestigious event will be held here for the first time.”