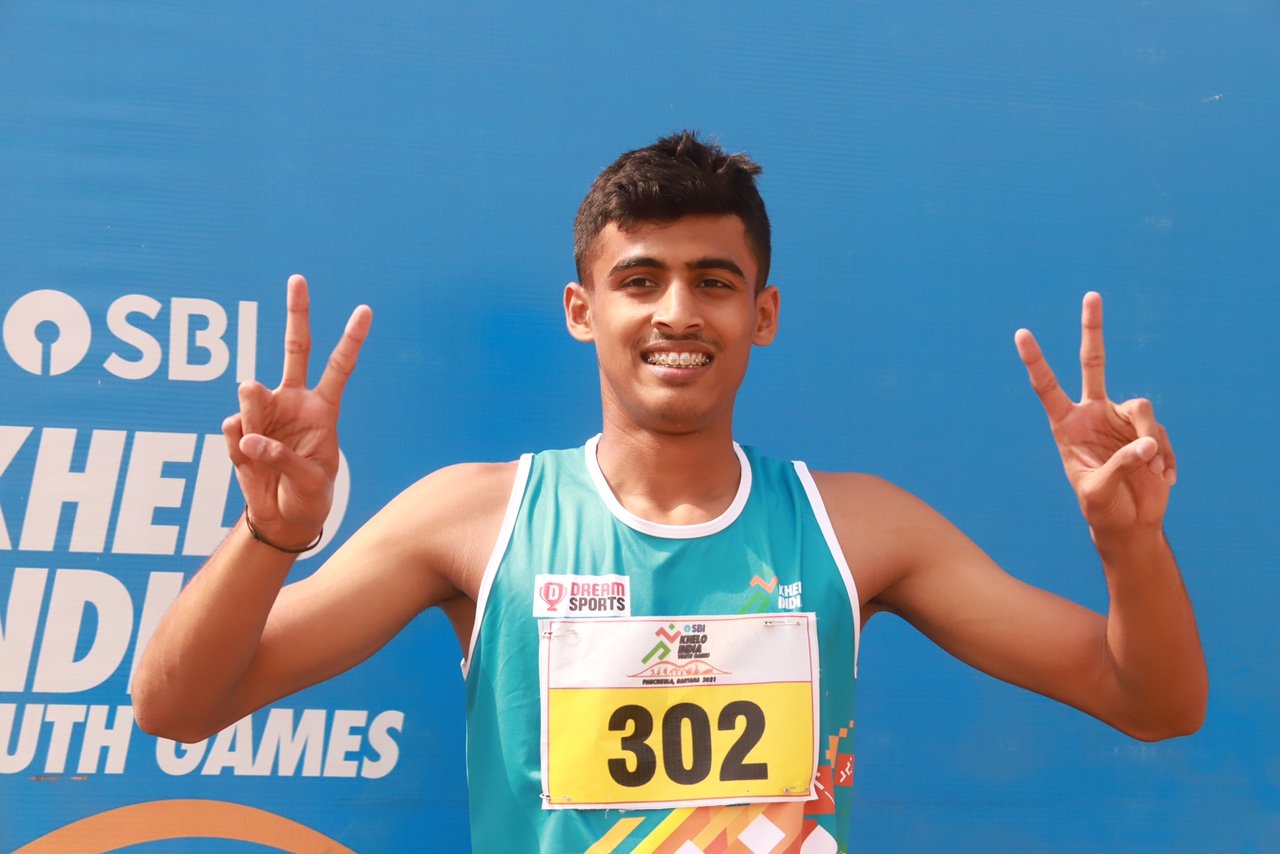 He and a couple of his friends from Pune had learnt about an annual summer camp in the Caribbean Island, once known for feared fast bowlers and reggae icon Bob Marley.

They succeeded in their mission, joining the Racer Track Club in Jamacia, which has produced the likes of sprint legends Usain Bolt and Yohan Blake among several others of that pedigree.

Enterprising as they were, Aryan Kadam and pals somehow managed to convince a coach at that Club, Jermaine Shand, to come back with them and train a clutch of aspiring sprinters in Pune.

It turned out to be a masterstroke.

Early on Thursday morning, Aryan clinched the Khelo India Youth Games gold medal, not in the 100m but the 200m.

“I wasn’t that explosive in 100m. But Jermaine noticed that I gathered speed on the curve when I ran the third leg in relay races and asked me to shift to the 200,” Aryan explained.

“That has changed my fortunes.”

The 18-year-old had already played a key role in winning the 4×100 gold for Team Maharashtra. Incidentally, he was also part of the relay team that bagged a bronze medal at the ISF Gymnasiade in Normandy, France, earlier this year.

On Jun 9, Aryan was quick off the blocks and took a sizeable lead in the first 40 meters. He kept pulling away from the rest of the field as he hit the curve and the smile at the finish spoke of how much the victory meant to him.

Speaking about his trip to Jamaica and how he had pulled off the coup of luring a coach back to India, Aryan said the coaches there were pleased with his work ethics and agreed to come and conduct a 3-month camp in Pune.

“He then signed a three-year contract to work with 20 of us at the Balewadi stadium. He stays here for 11 months and goes back for a month during the summer,” he revealed.

The obvious question was doing he get to share the track with Bolt?

“He had already retired by the time I went to Jamaica. But he used to come for light training occasionally and I did get to interact with him.”

Aryan, who appeared for his 12th standard exam this year, now wants to build on his success in Panchkula and will be focusing on breaking into the Senior India team soon.