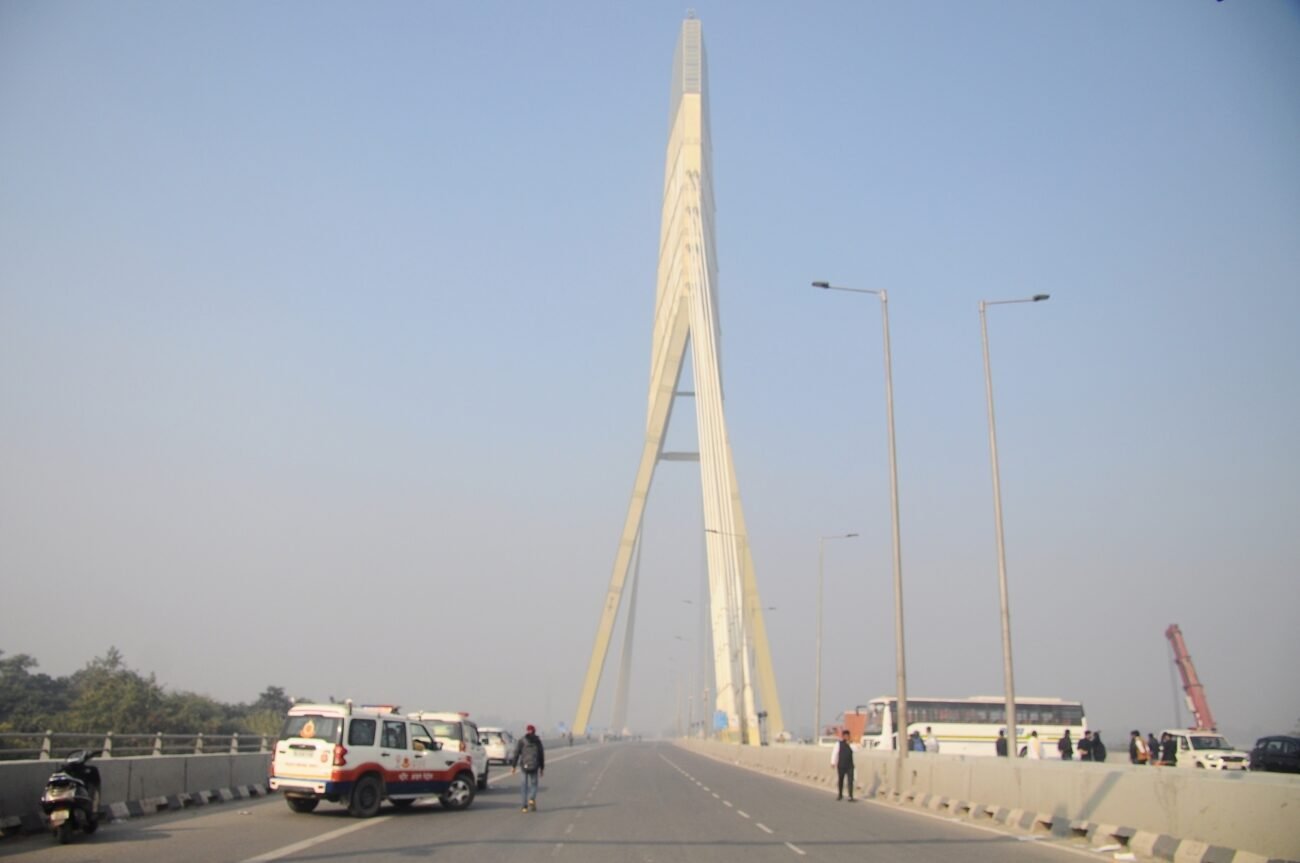 NEW DELHI, (IANS) – “Drop dead gorgeous!” Even as the beauty of the iconic Signature Bridge in India’s capital mesmerizes people, a sad reality accompanies it.

Not only does it attract tourists and visitors, but also people suffering from depression. They come to the bridge to make the final jump of their life — onto the Yamuna River.

Every year, dozens of people lose their lives after drowning in the river. But how to stop it?

A team of private divers along with Delhi Police have been successful in saving over 15 lives in the past one and a half years. However, on several occasions, the gushing water of the Yamuna River has swept away the people who had taken the extreme step.

“Our prime focus is to save as many lives as we can,” a police officer said.

He said that to prevent such incidents, the police have also written to the Delhi Tourism Department and suggested erecting some structure or a mesh wall so that such incidents could be averted.

As nothing concrete was done by the government, the police took things in their hands and devised a new strategy to tackle this problem.

“The police beat staff is deployed round the clock there. It is not just the Signature bridge but even the staff is deployed 24 hours at the Wazirabad bridge and keeps a very close eye on the people that may take the extreme step,” he said.

The Wazirabad bridge is just parallel to the Signature bridge and several people have also tried to die by suicide there.

Asked how the police personnel identify an individual who might just jump off the bridge, he said: “We keep a constant eye on every person on the bridge. The people who might have come to commit suicide remain there for a long time and are mostly alone.”

“They might look depressed, deserted, and keep on roaming over the bridge without any purpose. Several times it happened when our police staff encountered such people, they just break down and narrate their ordeal,” the police official said.

Just last week, the police along with divers were able to successfully save the lives of two women in two separate incidents.

“The lady was having some marital issues. Her husband was already arrested for it, and she had some altercation with her mother-in-law. We prevented her from ending her own life and even counselled her,” he said.

But what happens when someone has already jumped off the bridge?

“Saving a life is all about timing. A quick response by the police staff in complete coordination with the private divers is all that we have got. Even if we stop someone before jumping, we already alert the divers before talking to the man or woman,” he said.

Of the several people who tried to commit suicide, most of them were women.

Police also had words of praise for the divers, whom he called the real-life savers. “The crux of our new strategy is just very close coordination with the divers,” he stated.

The official also mentioned that not all lives that are saved here had tried to commit suicide. “At times there are accidents as well. People fall from the bridge accidentally. For such instances also, we are extremely vigilant,” he said.