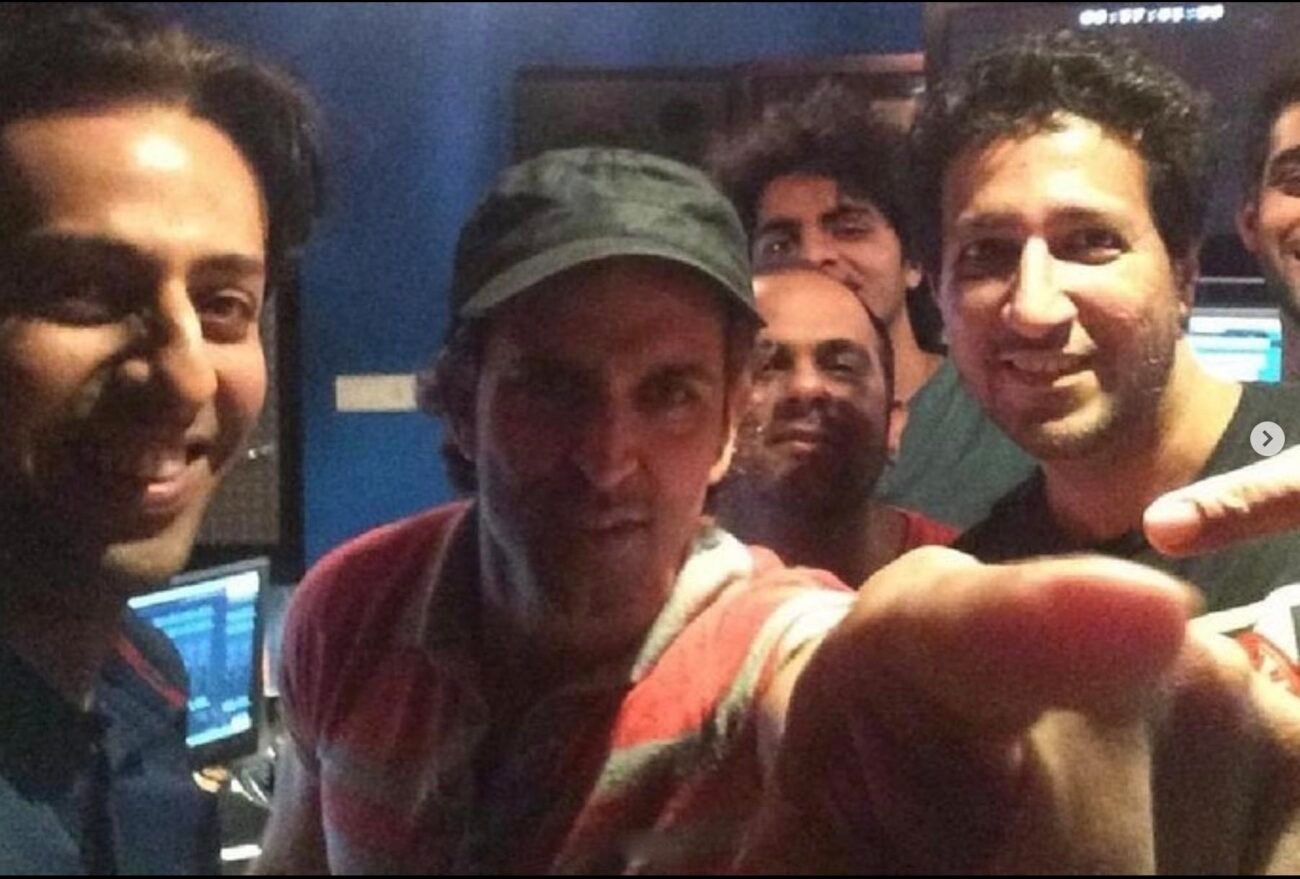 MUMBAI, (ANI) – Hrithik Roshan, took a stroll down memory lane and shared some throwback pictures in which he appreciated music composers and brothers Salim-Sulaiman for their music.

On Instagram, the actor shared a string of pictures, which he captioned, “Just a heartfelt message of appreciation for my colleagues and friends Salim-Sulaiman and their team for the incredible contribution to my life … been listening to the BGM work we have done for Krrish , Krrish3 , Kites and Kaabil past few days … uff, fills my heart with love and pride thinking of those times in the studio , the roti dal dinner breaks, sharing food and thoughts and the zest with which we re-entered the studio to create again for another nightery… what fun. But the music! What music!! UFF what music !!Thank you. Thank you.”

In the first picture, the ‘Super 30’ could be seen pointing his finger towards the camera lens, with Salim -Sulaiman and his team members standing beside him.

In another picture, singer Salim Merchant could be seen singing in front of a big screen and the ‘Super 30’ actor could be spotted sitting on the couch making a video of the singer with his phone in a cool white jacket and a black cap.

In the third picture, the ‘Yeh Honsla’ singer could be seen in discussion with Hrithik and his father Rakesh Roshan inside the music studio.

The Indian composer duo was awarded the Filmfare Best Background Score Award for ‘Krrish’ in the year 2007.

Apart from that, the duo has delivered some amazing tracks in many big films like ‘Kurbaan,’ ‘Dhoom,’ ‘Rab Ne Bana Di Jodi,’ and many more.

Meanwhile, talking about Hrithik’s work front, he will be next seen in ‘Vikram Vedha’ alongside Saif Ali Khan and Radhika Apte, which is slated to release on September 30, 2022. The film is an official Hindi remake of a Telugu film with the same title. Along with this he also has ‘Krrish 4’ in his kitty.