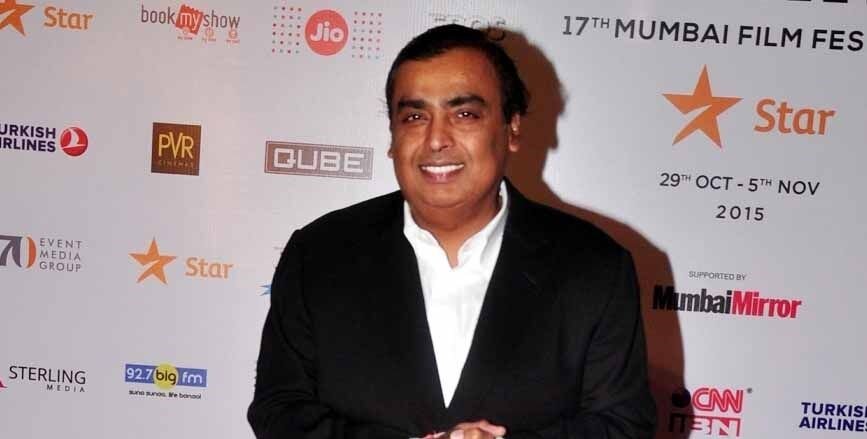 NEW DELHI –With $ 83 billion, Mukesh Ambani, chairman of Reliance Industries Limited, is the richest man in India, the second richest in Asia and the eighth richest in the world.

As per the Hurun Rich List 2021, Mumbai-based Mukesh Ambani, 63, saw his wealth go up 24 percent to $83 billion, on the back of a surge in the value of energy and telecom giant Reliance.

India’s largest exporter, Reliance accounts for 8 percent of the country’s exports and 5 percent of India’s total revenues from customs and excise duty. Reliance is planning a calculated shift to renewable energy and has decided to venture into the battery-making business ahead of the electric vehicle boom.

Healthcare, consumer goods, and chemicals led the way, with 37, 26, and 19 billionaires each. Mumbai is by far the billionaire capital with 61, followed by New Delhi with 40. The average age was 66. There are a further 32 billionaires of Indian origin, living outside of India, led by LN Mittal of ArcelorMittal in London.

As per the list, 150 saw their wealth increase, of which 50 were new faces. 16 decreased and 10 dropped off. Twelve stayed the same. Notable increases include Gautam Adani, 58, and family, who saw his wealth almost double to $32bn, on the back of Adani Green Energy growing to a $20bn valuation.

Shiv Nadar and family, saw his wealth rise to $27bn, up $10bn, backed by a 66 percent increase in the share price of the software and services giant HCL.

NR Narayana Murthy, 74, was up 35 percent to $3.1bn. His son-in-law Rishi Sunak, 40, is the U.K. Chancellor of the Exchequer, the most powerful person in the British government after the prime minister.

Pankaj Munjal and family, 58, of cycle manufacturer Hero Cycles, made it to the list for the first time with $1.2bn on the back of the surging e-bike demand in India.

Other notables are Murli Divi, 69, and family, of pharma major Divi’s Laboratories and Kumar Mangalam Birla and family of the global conglomerate Aditya Birla Group who grew 72 percent to US$7.4bn and 61 percent to US$9.2bn, respectively.

The notable dropouts included scandal hit BR Shetty who lost his billionaire status for the first time. Shetty’s assets have been ordered to be globally frozen by the U.K. courts. Ritesh Aggarwal, 27, of hotel chain Oyo Rooms, lost his billionaire status after the impact of Covid-19. Kishore Biyani of Future Retail, the fastest wealth creator in 2018, dropped out after over-leveraging that blew out of control due to Covid-19. Rajesh Mehta also dropped out.

Hurun Report chairman and chief researcher Rupert Hoogewerf said, “Despite the disruption caused by Covid-19, this year has seen the biggest wealth increase of the last decade. A stock markets boom, driven partly by quantitative easing, and flurry of new listings have minted eight new dollar billionaires a week for the past year. The world has never seen this much wealth created in just one year, much more than perhaps could have been expected for a year so badly disrupted by Covid-19.”

“The speed of wealth creation is nothing short of staggering. Three individuals added more than US$50bn in a single year, led by Elon Musk with US$151bn, on the back of the rise of e-cars, whilst e-commerce billionaires Jeff Bezos of Amazon and Colin Huang of Pinduoduo added US$50bn each. At this rate, expect to see fifty or more break through the US$100bn mark within the next five years.”