HomeAmericasInterviewI Cry All The Time: Author Chitra Divakaruni About Writing on the Lives of Sita, Draupadi, and Jindan

I Cry All The Time: Author Chitra Divakaruni About Writing on the Lives of Sita, Draupadi, and Jindan 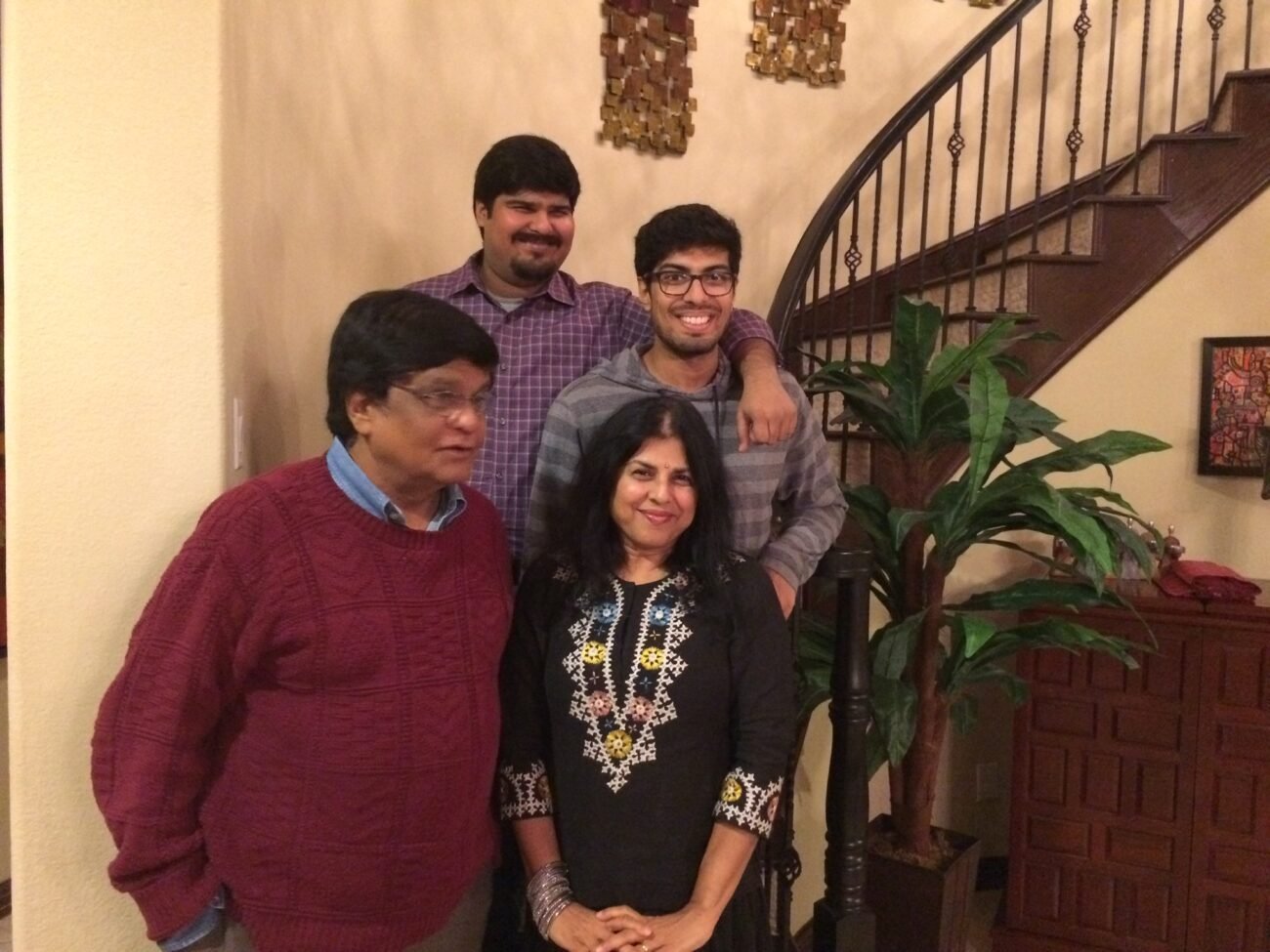 I Cry All The Time: Author Chitra Divakaruni About Writing on the Lives of Sita, Draupadi, and Jindan

In giving voice to three Indian women from the past, Chitra Divakaruni it would seem has found for women of today too, a unique voice: spirited and independent.

With this, the prolific Texas-based novelist whose books have won awards and made it to the celluloid (eg.,‘Mistress of Spices’ starring Aishwarya Rai), is now a star in the historical fiction genre too. In three recent works, she has explored the lives of iconic figures: Sita from the ‘Ramayana,’ Draupadi from the ‘Mahabharata,’ and now, Jindan the last wife of Maharaja Ranjit Singh and the last queen of the Sikh empire.

Every Indian knows about them, especially the former two, but Divakaruni unlocks the box they have been restrained in to become remote figures and invites readers into their lives with an intimacy that proves no matter what the era, how mighty, wealthy, or beautiful an individual, human emotions will remain stunningly universal.

Her latest release, ‘The Last Queen,’ is an easy read and you don’t have to be Punjabi to understand the ebbs and flows of the life of Queen Jindan or even be an Indian to get it. But the complex circumstances and choices that determine the trajectory of lives are never subsumed by the beguiling simplicity of the prose.

Divakaruni’s sensitive handling of her characters also proves one more thing: History would read differently, possibly even a tad bit more gently if women had been the primary scribes.

The author’s interest in understanding women is not limited to the past. Active in women’s groups, she now associates herself with the organization Daya which works with South Asian survivors of domestic and sexual violence.

Divakaruni, who has a PhD from UC Berkeley, teaches writing at the University of Houston and makes her home in the city with her husband Murthy. The couple is parents to two boys, both consultants.

In her chat with India-West, she was articulate, friendly, and bursting with information. Excerpts:

Q: Are your books mostly read by women?

A: They are the majority. It makes me happy when men read my books and say they made a difference. Then I say please tell other men; we are not in battle, together we make up society. A healthy society for women creates a healthier one for men too.

Q: Sita, Draupadi, and now Jindan – are they heroines in your view?

A: Yes. But I never wanted to create statues of perfection; I wanted them humanized in a way where all of us can relate to them. In the case of Draupadi for instance, she is accused of starting the war. But of course, it’s more complicated than that, there were other factors at play. But she was upset about being disrobed in public. Which woman wouldn’t be? There is a tendency to blame the woman and I wanted to write against that.

Q: Does it surprise you that Sita is upheld as an ideal more than someone like Draupadi?

A: Not at all. It falls in with the belief that women should be seen not heard. Sita is no iconoclast, but she is no doormat either. She is comfortable in her skin not feeling the need to prove anything to anyone. I see her as a role model for single mothers- probably the first in literature. How wonderfully she does it instead of wasting time bemoaning her condition! It took me a longer time to understand Sita’s quiet strength…it appealed to me, and I wanted to show that. By the way, in the ‘Adhbut Ramayan’ she is a warrior!

Q: When you write on the Draupadi and Karna love angle, one more tale in the ‘Mahabharata’ is being created isn’t it?

A: Through the ages, people are not repeating what Sage Vyasa said. In different ages, authors have been writing for their times. So, there is precedent! And then there is already mention of it, even Tagore touches upon it.

Q: Abortion. Jindan undergoes one and in our time we have the Supreme Court ruling against it…

A: I am very distressed by the ruling. We are going back to the dark ages. A major choice has been taken away from women. Women have no control over their own bodies now, how can that be? I hope people will look at Jindan with sympathy. As a queen, she wanted the regency to take care of her child but as a woman, she was widowed young but was not allowed to do what she wanted to do and could not have married a non-Sikh. Here’s the thing about literature, it nudges you to put yourself in the other’s shoes and this makes us more compassionate: what would we have done in her place?

Q: Jindan was known as the Messalina (Roman queen with a reputation for promiscuity) of Punjab. The average Indian even today won’t know who that is, did they then?

A: What the British did really upset me. They couldn’t control her, so they went after her character. Warren Hastings (Governor General in Bengal) said she was the only one with a manly understanding…look at that compliment! No, you are right, the term was used amongst themselves and the educated Indians. Fortunately, she was always out there with the people, and they never believed it. Her servants loved her with their lives.

Q: What is your headspace like during the writing process?

A: For me, the first step is research. My husband has now gotten used to seeing me crying. I feel their danger and pain.  I cry a lot. I believe I have to feel what they feel only then I can touch the readers.

Q: How does it affect daily life?

A: I think it has made me more empathetic. I have realized no one is fully a villain, it’s more complex than that. No one grows up wanting to be a bad person. The British come close, but they too were being patriotic.

Q: Do you fear idealizing them in your work?

A: I actively watch for that. When I make notes, I am thinking about how to humanize them, what their faults are. If Sita in her stubbornness had not wanted that deer, things would be different. Jindal was too fond of her brother and instead of sending him off she gave him official power. Draupadi had her temper, her barbed tongue. All of them learn through their mistakes. I too learned; with ‘The Last Queen’ I grew a lot. We think we are loved by so many, but ultimately it is only the Divine who is with us.

Q: In ‘The Last Queen’ you have included apt verses from the Guru Granth Sahib. Did you tailor the story to meet them?

A: Jindan was devout and would read it all the time. Even when she fled with one suitcase, she took it with her. I did all the research and studied the holy book as much as I could. I felt like I knew which verses would apply to her. A big thank you to Harper Collins India, who gave me a fact checker.

A: (Laughing) I am a foodie! It is such a big part of our culture, isn’t it? We show our love by cooking for them. For Jindan it becomes more important; she comes from poverty. She cooks for her husband. It’s peasant food, the kind even Maharaja Ranjit Singh would have grown up on. He was a very simple man. He never sat on the throne but placed the Guru Granth Sahib on it. Such humility. Right there is something we can all learn.

Q: As a foodie, is there a cookbook waiting to happen?

A:  No! But on my website, I blog my favorite recipes. My rule though is that it must be quick and easy. Only my boys can make me roll out rotis.

Q: Are there any gender lessons that you have imparted to them?

Favorite Pandava: Bhim, he is a cook!

Favorite food: You will laugh, pizza!

Last visit to India: My hometown of Calcutta, Chennai where my husband is from, and Jaipur for the literature festival.

A Vedantic value you strive to live by: See Brahman (god) in everyone.