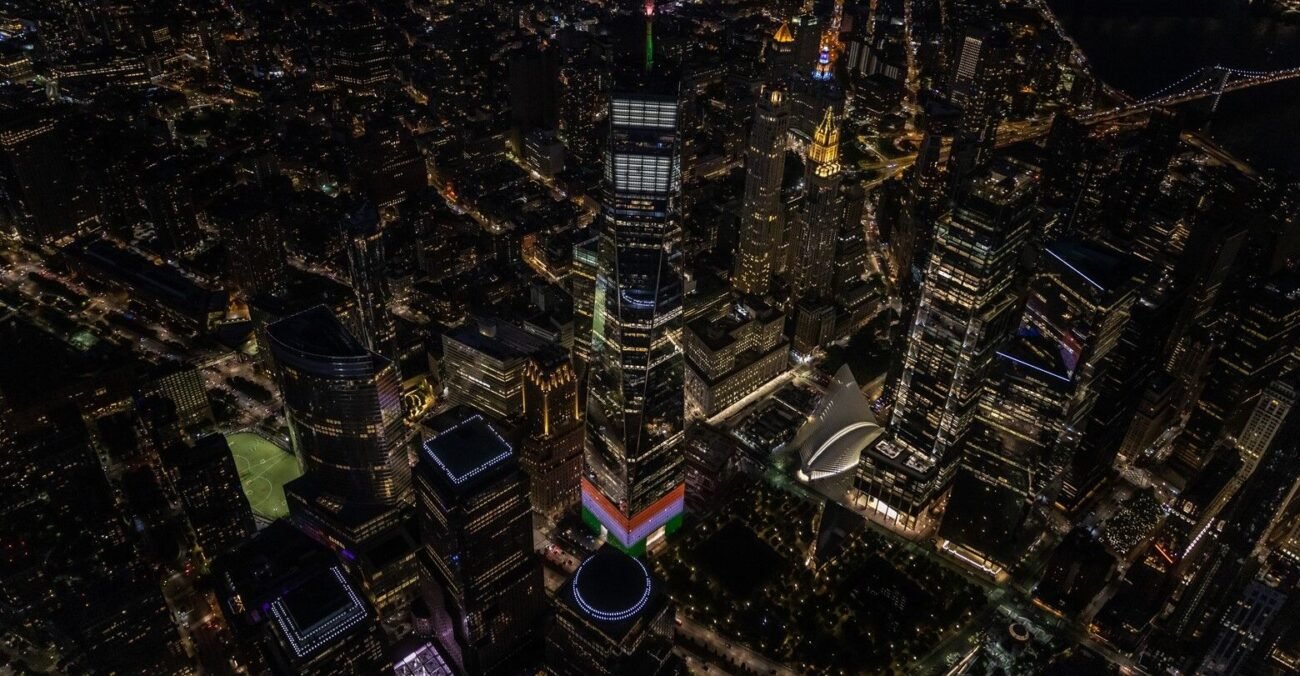 The South Asian Engagement Foundation celebrated India’s 75th Independence Day Aug. 15 by displaying the Indian flag on the tallest building in the U.S., the One World Trade Center in New York. The nonprofit has a mission to increase leadership potential in the Indian American community. (photo provided)

On India’s 75th Independence Day Aug. 15, the South Asian Engagement Foundation, in association with The Durst Organization, lit up the One World Trade Center’s spire and podium and two other popular New York City buildings in the Indian flag’s tricolors.

The One World Trade Center is the tallest building in the U.S.

As part of the celebrations, other Durst installations at One Bryant Park and One Five One in mid-town, were also illuminated in hues of the Indian flag.

“We are proud to partner with the South Asian Engagement Foundation as it celebrates India entering its 75th year of Independence,” said Mark Domino of The Durst Organization who oversees Spireworks.

The South Asian Engagement Foundation is responsible for many initiatives and civic engagements for the Indian American community, according to a press release.

“This is a historic moment commemorating India’s Independence and most importantly the expression of love between the U.S. and India,” said Rahul Walia, founding trustee of SAEF. “We hope to continue the tradition and enhance the experience for everyone with more imagery on the podium.”

“We are so happy to be working with the Durst Organization to help celebrate India and thank them for their help in making this a reality,” added Aarti Walia, director of the South Asian Engagement Foundation.

SAEF is also in talks to do a lavish Diwali expression in November, stated the press release, adding that it hopes to make this an annual tradition going forward.

The nonprofit organization, based in New Jersey, has a mission to increase leadership potential in the Indian American community by providing incentives using educational initiatives and civic engagements, said the release.

Amongst its initiatives, SAEF supports programs like the South Asian Spelling Bee and the Cricket Bee. SAEF’s vision is to continue supporting and organizing educational initiatives and cultural outreach to expand national awareness in migrant communities, it added.