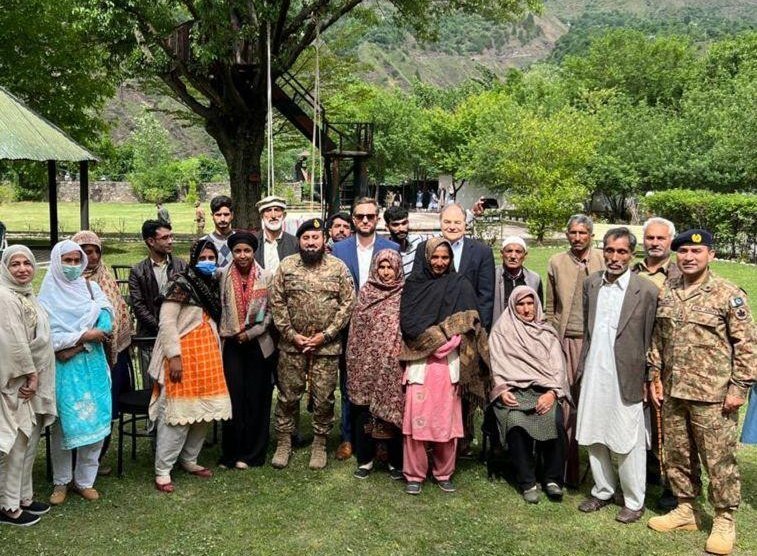 Congresswoman Ilhan Omar tweeted this image from her visit to Kashmir.

India has condemned Omar’s visit to PoK as violative of India’s territorial integrity and sovereignty and that it reflected her “narrow-minded” politics.

The Congresswoman is on a four-day visit to Pakistan that began on April 20. She met Imran Khan as well as visited a part of PoK.

Derek Chollet, counselor to US Secretary of State Antony Blinken said “It’s an unofficial personal visit and it does not represent any policy change on behalf of the United States government.”
Omar, a Somali American had after her visit to PoK said Kashmir should get more attention from the United States, which elicited stern condemnation from India.
“I don’t believe that it (Kashmir) is being talked about to the extent it needs to in Congress but also with the administration,” Omar told reporters after visiting PoK.
The Islamabad visit by Omar, is the first by an American legislator since the new Pakistan government took office. Her meeting with Imran Khan at his residence at Bani Gala has been criticized since the ouster Pakistan premier had accused Washington of conspiracy to dislodge his government.
When asked what the US made of the Omar-Khan meeting, in particular, Chollet said, “Congresswoman’s visit was a personal visit. It was not something that the State Department helped to organize so I don’t have much to comment on it. Because it was a visit made in her personal capacity.”
Omar is the first naturalized citizen of African birth to sit in the US Congress. She has been a vocal critic of Prime Minister Narendra Modi and has previously questioned Biden administration officials over what she said was their “failure” to criticize the Indian government on the issue of human rights and its actions against its Muslim minorities in India.
In a recent hearing in which Omar questioned Deputy Secretary of State Wendy Sherman, testifying before the House Foreign Affairs Committee. Omar raised concerns about the United States’s history of getting close to undemocratic leaders as a strategy to show strength in numbers against an adversary.