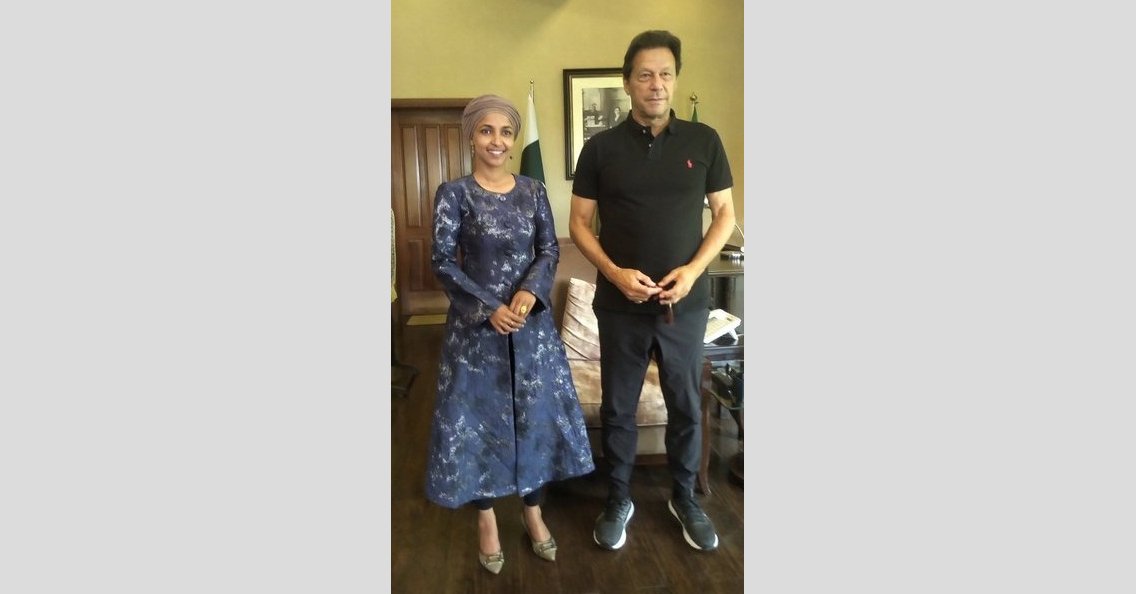 The Congresswoman, who is on a four-day visit to Pakistan from April 20-24, also met President Arif Alvi.

“Was the meeting with the American Congresswoman part of a conspiracy or was it interference?” Sanaullah asked Khan in a statement.

“Which US conspiracy did you discuss with Ilhan Omar?”

He went on to say why Khan, who was accusing the former Opposition of hatching a conspiracy along with the US against his government, was meeting Americans.

“Which conspiracy are you brewing now?”

The Interior Minister said that if Khan does not come clean before the nation regarding his meeting with the Congresswoman, the government will initiate a probe into it, Geo News reported.

“The nation deserves to know the truth. Otherwise, Imran Niazi, following his tradition, might bring forth another letter in a few days.”

Further criticizing the ousted premier, Sanaullah said that the man who used to incite the nation against the US was now “laughing and talking to the Americans”.

Why did the person who provoked the nation with the slogans of “absolutely not” say “absolutely yes” to the meeting with the Congresswoman, he further questioned.