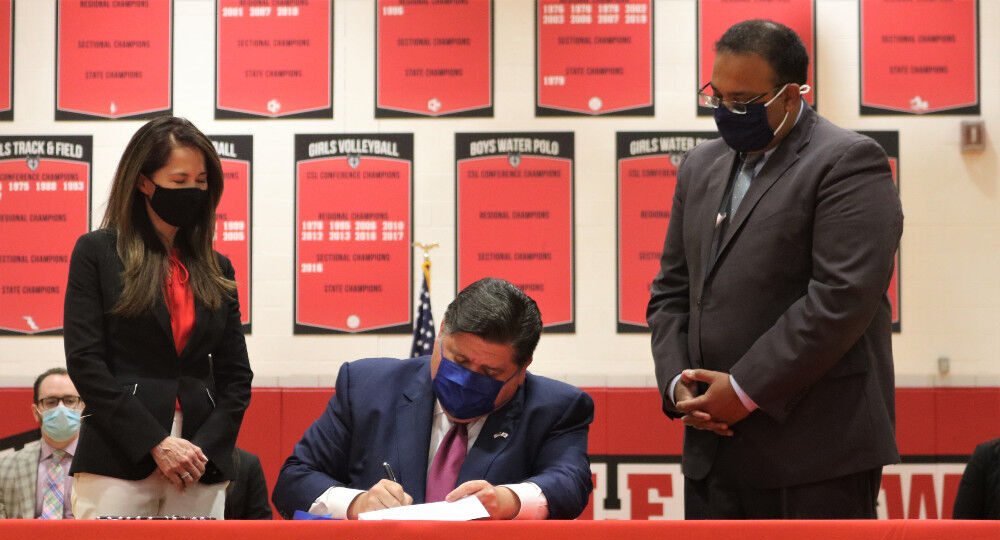 Following the outbreak of the COVID-19 pandemic, hate crimes and attacks on Asian Americans rose across the country, prompting advocacy groups and organizers to develop and champion this legislation over the past year, according to a press release.

The historic bill was introduced by Indian American state Sen. Ram Villivalam and state Rep. Jennifer Gong-Gershowitz, and was championed by Asian Americans Advancing Justice-Chicago and a coalition of more than 35 organizations, it noted.

“This historic measure makes Illinois the first state in the nation to set a standard for culturally competent Asian American history curriculum. This milestone offers students of all backgrounds cross-cultural education, and ensures that the stories and experiences of our communities are accurately reflected in the classroom,” said Villivalam, the first Indian and Asian American in the Illinois Senate. “As the son of Indian immigrants and representative of one of the most diverse districts in the state, I am proud to have sponsored this legislation.”

The bill is complemented by a PBS series called “Asian Americans,” a five-episode documentary series and corresponding K-12 school curriculum released in Spring 2020.

Pritzker praised the TEAACH Act as a way to “address harmful stereotypes.”

The bill struck a chord with many throughout the legislative process, including youth organizers—current Illinois public school students—who played a key role in passage of the legislation, noted the release.

“Students from all backgrounds need to learn about the history of people from different cultures and ethnicities to understand the systemic inequities that exist today,” Villivalam had said in an earlier statement.

IANS adds: Taking to Twitter July 10, the governor said: “Today, we are reaffirming our commitment to creating more inclusive classrooms by making Illinois the first state in the nation to require Asian American history be taught in public schools.”

With the recent rise in acts of violence and bigotry against the Asian American community, teaching students about rich culture and important contributions throughout history will help combat false stereotypes, said the office of the governor in a statement.

The legislation adds a new section on Asian American history study to the Illinois School Code.

Beginning with the 2022-2023 school year, every public elementary school and high school will be required to include a unit of instruction studying the events of Asian American history, including the history of Asian Americans in Illinois and the Midwest.

While the legislation specifies topics that should be addressed in the curriculum, the state will not require or designate a specific curriculum for school districts.

The measure builds upon the administration’s commitment to creating more inclusive school environments and curriculums, and will ensure every high school graduate in Illinois will learn about Asian American history as well as the rich contributions and traditions of the Asian American and Pacific Islander community, said the statement.