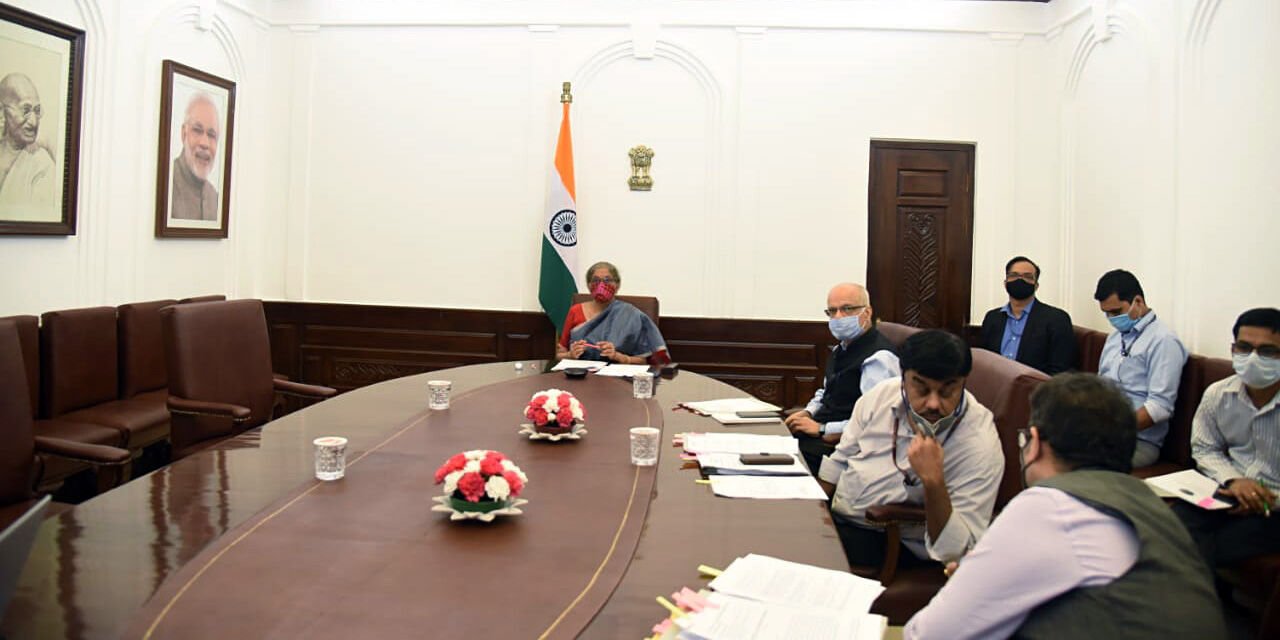 Finance Minister Nirmala Sitharaman attended the Development Committee meeting of the World Bank-IMF through video conferencing in New Delhi on Oct. 15. She shared measures taken to combat COVID-19, including the first stimulus of $23B to provide direct cash transfers and food security measures to the poor. (ANI Photo)

UNITED NATIONS – The International Monetary Fund has commended Indian authorities’ “swift and substantial” response to the Covid-19 pandemic and noted that there is the possibility of “a faster than expected recovery.”

“Directors commended the authorities’ response to the pandemic which includes scaled-up support to vulnerable groups, monetary policy easing and liquidity provision, accommodative financial sector and regulatory policies, and continued structural reforms,” the IMF said Oct. 15, reporting on its executive board’s consultations held with India to assess the state of its economy and finances.

“Despite the pandemic, the authorities have continued to introduce structural reforms, including labor reforms and a privatization plan,” it added.

The report of what is known as “Article IV Consultations” in reference to the article in the IMF agreement requiring the periodic assessment, however, warned of the risks from the Covid-19 pandemic lurking ahead especially due to its deleterious effect on people’s development.

“The economic outlook remains clouded due to pandemic-related uncertainties contributing to both downside and upside risks. A persistent negative impact of Covid-19 on investment, human capital, and other growth drivers could prolong the recovery and impact medium-term growth.

“While India benefits from favorable demographics, disruption to access to education and training due to the pandemic could weigh on improvements in human capital,” it said.

Along with the caution, the report added a note of optimism: “At the same time, the recovery could also be faster than expected. Faster vaccination and better therapeutics could help contain the spread and limit the impact of the pandemic. In addition, successful implementation of the announced wide-ranging structural reforms could increase India’s growth potential.”

The report repeatedly emphasized the importance of vaccinations.

“Directors agreed that addressing the health crisis remains a near-term policy priority. In that context, they welcomed the recent increase in vaccinations,” it said.

Looking back, the IMF noted “that India was among the fastest-growing economies in the world in the decade before the pandemic, lifting millions out of poverty. While the economy was moderating prior to the Covid-19 shock, the pandemic implied unprecedented challenges.”

“Two Covid-19 waves caused a health and economic crisis however, the economy is gradually recovering. Following the first wave, the GDP contracted an unprecedented 7.3 per cent in FY (fiscal year) 2020/21. The second wave resulted in another sharp fall in activity, albeit smaller and shorter, and recent high-frequency indicators suggest an ongoing recovery.