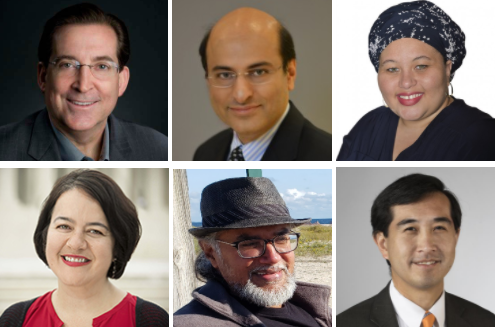 After four years of brutish immigration restrictions, advocates are breathing a sigh of relief and seeing a clear opening to push through ambitious reforms under the new Biden administration and a pro-immigration movement in Congress.

“We have just been through four years of cruelty and chaos brought to you by the Trump Administration; they weaponized an already miserable and dysfunctional immigration system,” said Frank Sharry, founder and executive director of America’s Voice, which advocates for progressive immigration reform, speaking at a Jan. 29 briefing hosted by Ethnic Media Services.

“I think that the tectonic plates underlying the debate have shifted,” he said, noting that former president Donald Trump’s demonization of immigrants has backfired with the majority of Americans.

A top Biden advisor on reform, Marielena Hincapié, executive director of the National Immigration Law Center, said: “After four years of war on immigrant families, we really do believe this is the beginning of a new era in the country.”

“Trump challenged the notion of America as a welcoming country; he took a wrecking ball to the Statue of Liberty,” said Indian American immigration attorney Cyrus Mehta at the EMS briefing. “A lot of voters who don’t typically think very much about immigration were forced to think about it when friends and community members were subject to deportation.”

Trinidad native Ravi Ragbir, executive director of the New Sanctuary Coalition, said new connections were formed as the country lived under the threat of a “fascist president.” They came together during the Black Lives Matter protests last summer, and amid the COVID-19 pandemic as people across the political spectrum faced the uncertainties of employment, housing, health, and food.

John C. Yang, president and executive director of Asian Americans Advancing Justice-AAJC, spoke of the importance of restoring family reunification, and Patrice Lawrence, national policy and advocacy director at the UndocuBlack Network, highlighted the plight of Black undocumented immigrants, who are seldom mentioned in conversations on immigration.

In his first week in office, Biden issued six immigration-related executive orders, rescinding the Muslim ban, restoring DACA, ending further construction of Trump’s vaunted U.S.-Mexico border wall, and eradicating the Migrant Protection Protocols, in which immigrants seeking to enter the U.S. had to wait in Mexico until their asylum case was heard.

Biden also unveiled a pathway to citizenship for the nation’s 11 million undocumented immigrants, including 1.7 million young people currently protected from deportation by the Deferred Action for Childhood Arrivals program. Biden has proposed an eight year path to citizenship with immediate green cards for Dreamers.

Biden Jan. 2 launched a new task force aimed at reunifying families and children separated by cruel policies at the U.S.-Mexico border. And he has ordered a review of public charge, an onerous rule which disqualifies immigrants who have availed of any federal benefits — such as food stamps or housing assistance — from attaining permanent status in the U.S.

“Public charge has a devastating impact from day one when it was first leaked intentionally back in 2017,” said Hincapie, noting that even in the middle of a pandemic, many immigrants have denied themselves health care, for fear of impacting their immigration status.

Hincapie said rolling back of the rule, which has been on the books since 1862, must simultaneously occur with broad outreach efforts via community-based organizations to “help immigrant communities gain back trust back to come forward and seek the benefits that they need.”

Biden has also stated his support for expanding business immigration and clearing green card backlogs that can last for several decades for people immigrating from Asian countries, said Mehta.

The numbers of green cards allotted each year are woefully inadequate, said Mehta, adding that the wait could be lessened by eliminating the per-country cap that currently allots only 7 percent of all employment-based visas per year. India, for example, gets less than 10,000 green cards per year, while 800,000 wait in the queue.

Biden’s plan would reallocate unused visas, and make it easier for foreign students earning STEM degrees to remain in the U.S. post graduation.’

Yang from AAAJ noted that 40 percent of all immigrants coming to the U.S. today come from Asia. By 2055, the largest group of immigrants residing in the U.S. will be Asian Americans: over 50 percent.

More than 1.7 million Asian Americans are undocumented, noted Yang; 120,000 of them qualify for DACA, while about 15,000 people from Nepal receive Temporary Protected Status.

Yang gave props to Rep. Judy Chu, D-California, for the Reuniting Families Act, which the congresswoman first introduced in 2018. Over 70 percent of Asian Americans come to the U.S. via family immigration provisions.

“Since 1965, the immigration system has centered around families with the understanding that families help immigrants settle. They find jobs. They learn English and they become part of our society, build businesses and really contribute to American society,” said Yang.

Ragbir, an immigrant from Trinidad who has personally struggled with final removal orders for several years, shared a map identifying roughly 1,000 immigrant rights activists nationwide who, he said, were targeted by ICE for deportation. He advocated for an immediate halt to all deportations.