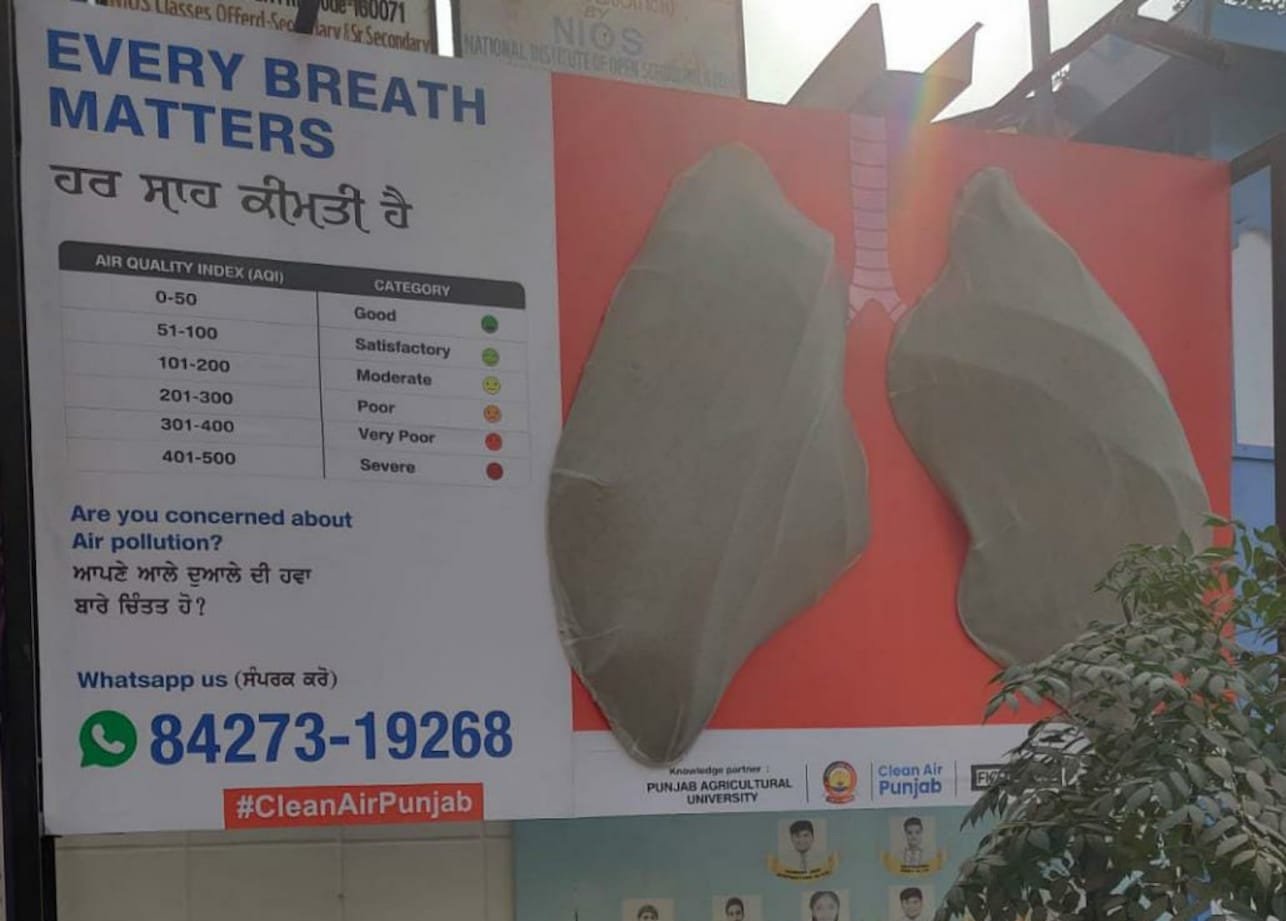 SHIMLA, (IANS) – All it took was nine days for the giant pair of faux lungs installed at a busy junction of Ludhiana to turn pitch black from chalk white, raising concerns amongst citizens about the health impacts of breathing in polluted air.

The lungs billboard is a part of the larger campaign initiated by Clean Air Punjab along with Eco Sikh, BCM Arya Model Senior Secondary School, and Punjab Agricultural University to raise awareness about deteriorating air quality in the Malwa belt.

Experts, as well as residents from Ludhiana, have asked the Punjab government to consider this experiment as a warning bell and take strong measures to improve the air quality in this area.

According to Gurpreet Kaur, Campaign Manager, Eco Sikh, the Lungs billboard turning black in a week should be an eye-opener for all to imagine what’s happening to our lungs.

“We are fully aware of the worsening air quality in Ludhiana. We expect that efforts to lower pollution levels will be coordinated by the government and the public as the health of many are at stake due to the toxic air,” she said.

Over a thousand students and educators visited the lungs billboard last week and voiced their concerns about the increased air pollution.

Meanwhile, the billboard has also drawn the attention of locals.

Calling access to clean air a fundamental human right, which the children are being denied, Samita Kaur, a Warrior Moms member, stated the greying of lungs billboards put up in Ludhiana were evidence of the air’s toxicity.

“Punjab has nine non-attainment cities. What purpose does industrial growth in cities like Ludhiana serve? We don’t want Punjab to have a deplorable standard of living; our kids deserve better,” she said

A similar pair of lungs installed in Mumbai in January 2020 took 14 days to go black, while one installed in Delhi in 2018 took just six days.