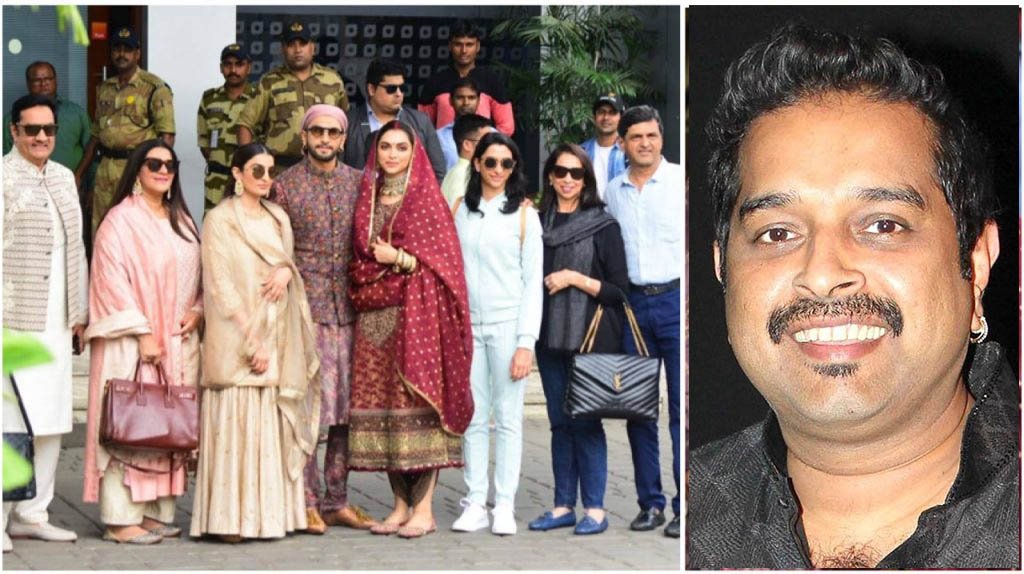 SAN JOSE, CA – Lovebirds Ranveer Singh and Deepika Padukone are having a gala time in California.  The duo attended singer Shankar Mahadevan’s packed concert here and soon they became the show that fans were interested in with videos posted on social media. In one of the clips, Ranveer and Deepika are seen dancing to the hit song ‘Koi Kahe Kehta Rahe’ from the movie ‘Dil Chahta Hai’.

As Ranveer is all set to turn 37 on July 6, Shankar surprised him by singing a happy birthday song during the concert. In the video, the whole crowd is seen wishing Ranveer a happy birthday.

Netizens were extremely happy to see Ranveer and Deepika dancing their heart out at the concert.

“They are looking so good,” another one wrote.

They all also posed with Shankar and his wife for a picture.

After the concert, Ranveer and Deepika were spotted at a Pan-Asian restaurant for some quick, down-to-earth sushi and dim sums and were quickly swamped by fans.

Mostly, actors like to dine privately and don’t take part in conversations with fans when they have friends or family around. But Deepika and Ranveer are known to be cordial and friendly with their fans. The couple obliged their fans with a picture. The picture that has now gone viral on Twitter captured the couple sporting wide smiles along with the group who also look excited and elated.

DeepVeer have made several appearances during their stay here. Deepika headlined a Konkani Sammelan where Ranveer showed off some of his Konkani and Kannada skills learned from his wife. She also revealed that pre-wedding Ranveer had hated vegetables but cooked Konkani style, he now loved it!