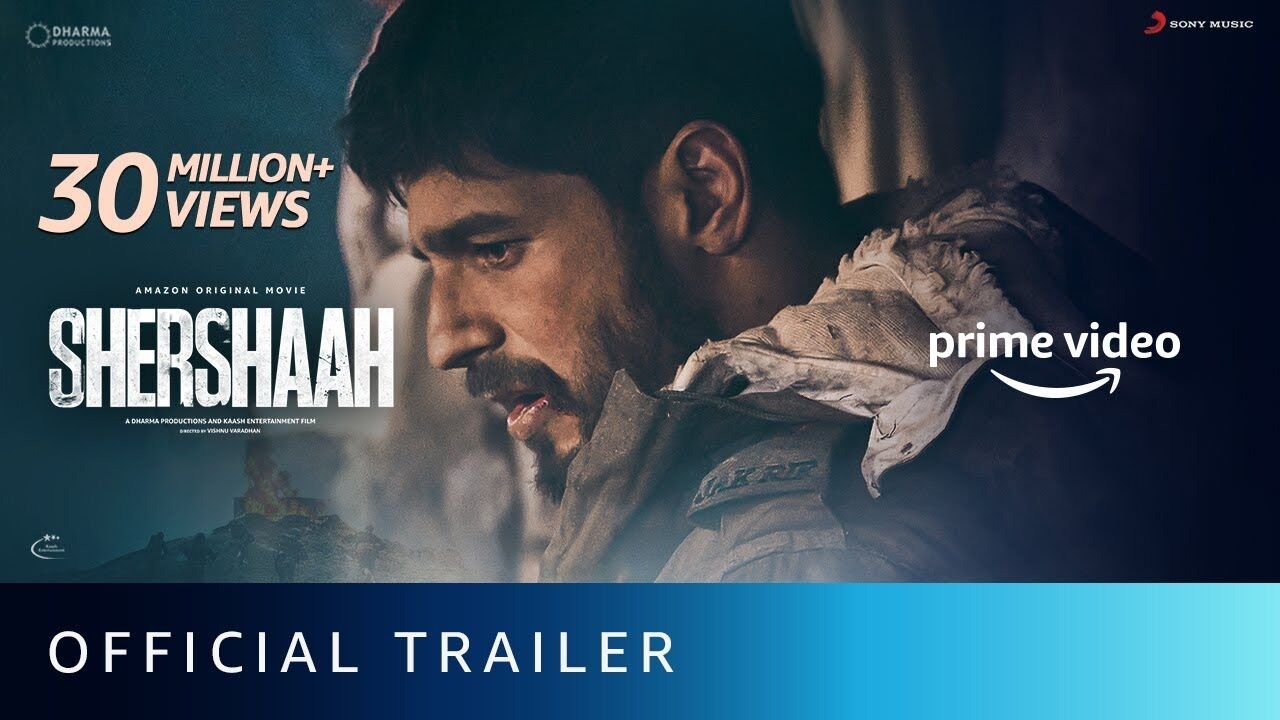 Shershaah is the true story of a PVC awardee brave Indian soldier – Capt. Vikram Batra, his courage remains eternal and his memory indelible in the Indian psyche. His contributions count as blessings in India’s win over the enemy in the Kargil War of 1999.

MUMBAI — On the momentous day of Kargil Vijay Diwas July 26, Amazon Prime Video launched the trailer of a very special film – the Amazon Original Movie “Shershaah.” What made it even more special was that the trailer was launched at Kargil itself.

The war drama, which releases ahead of Independence Day Aug. 12, celebrates the unflinching courage and valor of Kargil war hero, Captain Vikram Batra, and is an ode to the relentless spirit and bravery of our armed forces. During the conflict in 1999, Capt. Batra distinguished himself for his bravery and skill. He gunned down four Pakistani soldiers and died while saving his comrade, who was injured. As he was trying to drag the soldier to safety by deliberately exposing himself to enemy fire, he was shot in the chest and a splinter of a warhead hit him in the head.

Capt. Batra was posthumous;ly awarded the Param Vir Chakra, India’s highest military decoration. Producer Shabbir Boxwala, who developed a bond with the Batra family as the film was being made, revealed that in the first meet itself they had handed over the rights of Capt. Batra’s life to him.

Vishal Batra, Capt. Batra’s twin brother, wondered then who would be the right choice to portray Vikram (and him) on screen, and said, “The first time I met Sidharth Malhotra in 2016, we knew he was the right choice for the role.”

“A young actor came to my office and told this story to me with a lot of passion and enthusiasm. Of course, we all knew the story, but the way he expressed the nuances of it, I read the character in his eyes,” Johar said, while introducing Malhotra.

An overwhelmed Malhotra said that “Shershaah” has been an experience bigger than any other film. “This day is extremely emotional for me. We started this journey five years ago with Vishal Batra-ji. This is my first film where I have portrayed the life of a real-life hero. And I consider myself lucky that I got to play him,” the actor said.

Kiara Advani, who plays Vikram Batra’s fiancee Dimple Cheema, said, “I am quite nervous right now because I am standing in front of the Indian army for the first time. No number of words would justify the gratitude we all have in our hearts for each of you. Some films change you professionally, but some change you personally. Shershaah is that film for me. Thank you to the Batra Family, Dimple and everyone who made this possible for us. I will forever be grateful,” she said.

“Shershaah” is Tamil director Vishnu Vardhan’s introduction to Hindi films. As he put it, “Some opportunities come once in a lifetime. This is that opportunity for me. We never thought we would shoot in Kargil. We would imagine how it would have been during the war. Every time we would shoot, we could see it all coming alive. What we filmed on those heights is nothing compared to what the Indian army achieved at that time,” he stated passionately.

General Y.K. Joshi, general officer, commanding-in-chief, Northern Command and Chief of Defence Staff, General Bipin Rawat had also gathered at Kargil to remember the invaluable sacrifices of our officers in the Kargil War and celebrate in the victory that they brought to India.

“Shershaah” is jointly produced by Dharma Productions and Kaash Entertainment. The film will premiere across 240 countries and territories exclusively on Amazon Prime Video.