HomeIndiaIndia and the worldIndia Abstains In UNSC On Ukraine, This Time On A Russia-Sponsored Resolution

India Abstains In UNSC On Ukraine, This Time On A Russia-Sponsored Resolution 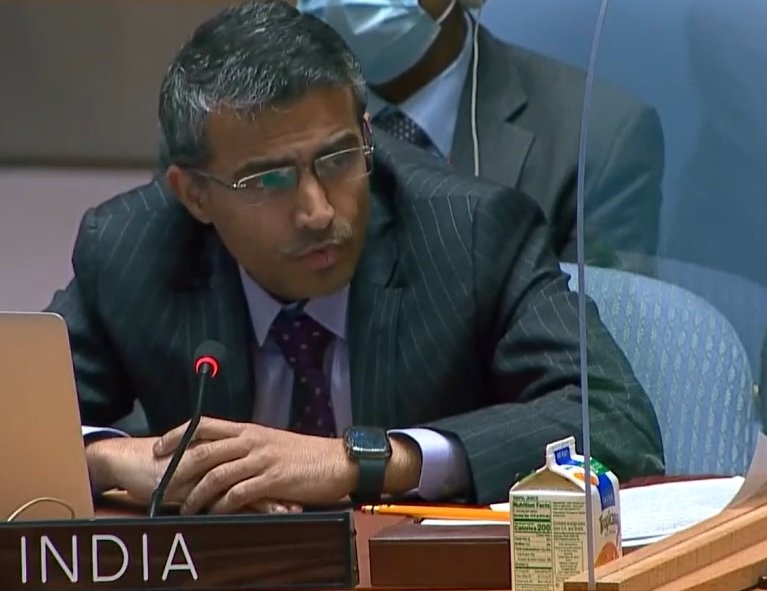 India Abstains In UNSC On Ukraine, This Time On A Russia-Sponsored Resolution

NEW YORK, NY (IANS) – India has abstained on yet another resolution involving Ukraine, this time a motion sponsored by Russia at the UN Security Council.

Only China voted with Russia on November 2 on the resolution calling for an inquiry into what Moscow alleged was a joint bio-warfare program run by the US and Ukraine in violation of the Biological Weapons Convention (BWC).

All the 10 non-permanent members abstained and the only negative votes from the US, Britain and France did not amount to vetoes because the resolution automatically failed without getting the minimum of nine votes.

Explaining India’s abstention, Counsellor Asokan Amarnath cited the absence of “an effective, universal and non-discriminatory verification mechanism” for implementing the provisions of the BWC.

He told the Council that developing such a verification mechanism “is necessary to strengthen the BWC and its implementation”.

India is one of the 184 signatories to the convention that bans the use, manufacture, distribution, and stockpiling of biological weapons.

Amarnath emphasized the importance of the BWC’s Article X which gives nations the right to participate in research and share biological information, materials, and equipment for peaceful purposes.

The US has dismissed Russia’s allegations about the bioweapons program saying that under its Cooperative Biological Threat Reduction program it had only assisted Ukraine in destroying any material left in that country by the Soviet Union when that country became independent.

Russia has claimed that biological weapons were being developed in Ukrainian laboratories with US funding and help and circulated what it said were documents regarding the alleged cooperation that it seized after invading Ukraine.

Last week it circulated a dossier of more than 300 pages outlining the allegations.

US Permanent Representative Linda Thomas-Greenfield said that Russia’s resolution “is based on disinformation, dishonesty, bad faith, and a total lack of respect for this body”.