HomeAmericasIndo AmericaIndia Abstains on Condemning Russian Annexation; US Ok With It

India Abstains on Condemning Russian Annexation; US Ok With It 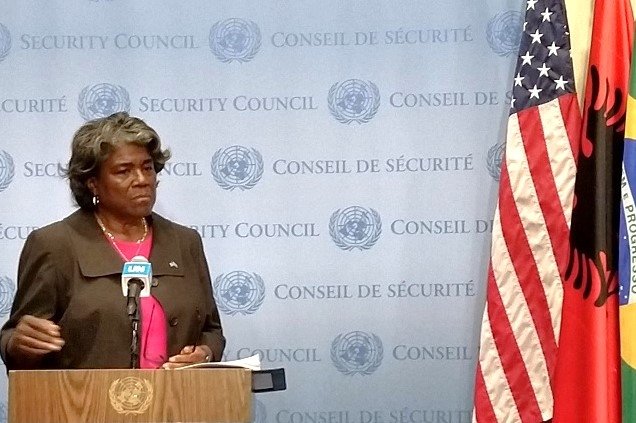 India Abstains on Condemning Russian Annexation; US Ok With It

Speaking to reporters on September 30 after India had abstained for at least the ninth time on a substantive resolution on Ukraine, she said that it was not done to support Russia and it had made clear the condemnation of the invasion.

India joined China, Brazil, and Gabon to abstain on a Security Council resolution condemning Russia’s annexation of four Ukraine territories it had captured.

Thomas-Greenfield said: “Their extensions clearly were not a defense of Russia. They were not in support of Russia. And they made clear their condemnation of Russia.”

Asked about the abstentions, she said: “The four countries who abstained, I can’t explain their decisions to abstain, but I can refer you to the statements that they made in the council, and all four of them express concerns about what Russia is doing in Ukraine.”

Explaining the abstention at the Council, India’s Permanent Representative Ruchira Kamboj said: “India’s position has been clear and consistent from the very beginning of this conflict. The global order is anchored on the principles of the UN Charter, international law and respect for sovereignty and the territorial integrity of all states.”

She also referred to Prime Minister Narendra Modi telling Russia’s President Vladimir Putin publicly last month in Samarkand that “this cannot be an era of war”.

This was a clear statement from India against Moscow’s invasion, and another was External Affairs Minister saying that General that India was on the side that respects the UN charter, and they were welcomed by US officials.

US Secretary of State Antony Blinken said: “I really want to emphasize what (Indian) Prime Minister Narendra Modi said, because I think he captured, as well as anyone I’ve heard, fundamentally what this moment is about. As he said, ‘This is not an era, this is not a time for war’.”

While India’s abstentions have been portrayed as neutrality on Russia’s invasion, Thomas-Greenfield’s statement shows that as far as Washington is concerned, India’s UN abstentions are not viewed as neutrality or a departure from outspoken statements critical of Russia or implying backing for Ukraine based on it being the party that respects the UN Charter and its founding principles.

India has voted twice — once in the Council and another time in the Assembly — with the West on Ukraine-related matters, but both were on a procedural matter to allow Ukraine President Volodymyr Zelensky to speak through a video-link.