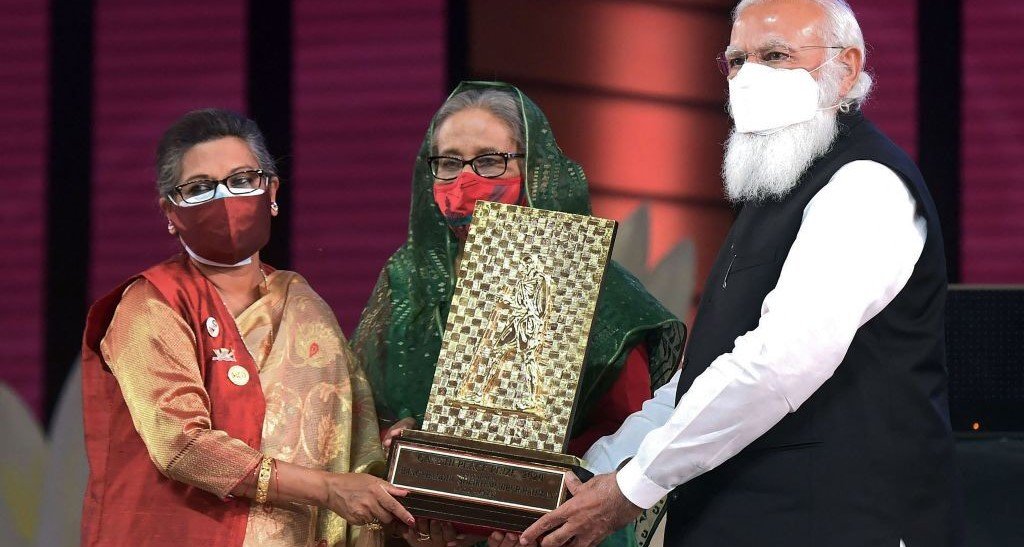 The Indian Prime Minister had arrived in Dhaka on March 26 on a two-day visit to Bangladesh to attend the celebrations of the country’s 50th year of liberation from Pakistan and the 100th birth anniversary of its founder Sheikh Mujibur Rahman, the father of Prime Minister Sheikh Hasina.

During his visit, Modi gifted 109 ambulances and 1.2 million Covid-19 vaccine doses to Bangladesh. The Indian prime minister handed over the keys of the ambulances to his Bangladesh counterpart during a visit to her office on Saturday evening.

Bangladesh and India on March 27 also signed five MoUs at a meeting held at the Prime Minister’s Office in Dhaka. In addition, several projects were also inaugurated during the concluding day of Modi’s two-day visit to Bangladesh.

Associated Press adds: Indian Prime Minister Narendra Modi on Saturday concluded his two-day official visit to Bangladesh, a trip that sparked both violent protests and enthusiasm that relations between the two neighbors will continue to grow.

Modi arrived on Friday to join celebrations of Bangladesh’s 50th anniversary of independence, but the visit was overshadowed by violent protests in the capital, Dhaka, and elsewhere. At least four people were killed and 40 injured in clashes between protesters and security officials.

Critics accuse Modi’s Hindu-nationalist party of stoking religious polarization in India and discriminating against minorities, particularly Muslims. In recent weeks, demonstrators in Muslim-majority Bangladesh had urged the Indian leader not to visit and criticized Prime Minister Sheikh Hasina for inviting him.

The relationship between Bangladesh and India is crucial as they are next door neighbors and India is Bangladesh’s largest trading partner in South Asia. While China is involved with almost all major infrastructure development schemes in Bangladesh, India is also more eager to take up joint projects.

Aside from the signing of five agreements involving trade, disaster management, information technology and sports, they also jointly laid the foundation stones for infrastructure development for power evacuation facilities of an under-construction nuclear power plant in Bangladesh. A new train service between Bangladesh and India was also launched by the two leaders.

Modi also traveled outside Dhaka to pray at two temples. At one, he met the descendants of the founder of a Hindu sect, a visit seen by many as a bid to woo voters back in India as voting kicked off March 27 in several state-level elections, including in West Bengal, which borders Bangladesh.

With an eye on galvanizing Hindu support in the key battleground state, Modi made the trip to the temple, which is sacred to the Matua community back in West Bengal. The Matua sect’s vote is expected to determine the winner of at least seven seats in a close race for control of the state assembly. Hundreds of Matua sect people from India visit the temple every year.

Protesters have criticized Hasina for inviting Modi, saying the two countries have many unresolved disputes, including the killing of Bangladeshis by Indian border guards. India says such casualties happen when Bangladeshis are involved in cross-border smuggling and attempt to cross the border illegally.

Many Bangladeshis are also critical of Modi for not signing agreements for water sharing of the Teesta River, a major transboundary river.