HomeIndiaIndia Cases Up as Scientists Appeal to Modi to Release Data

India Cases Up as Scientists Appeal to Modi to Release Data 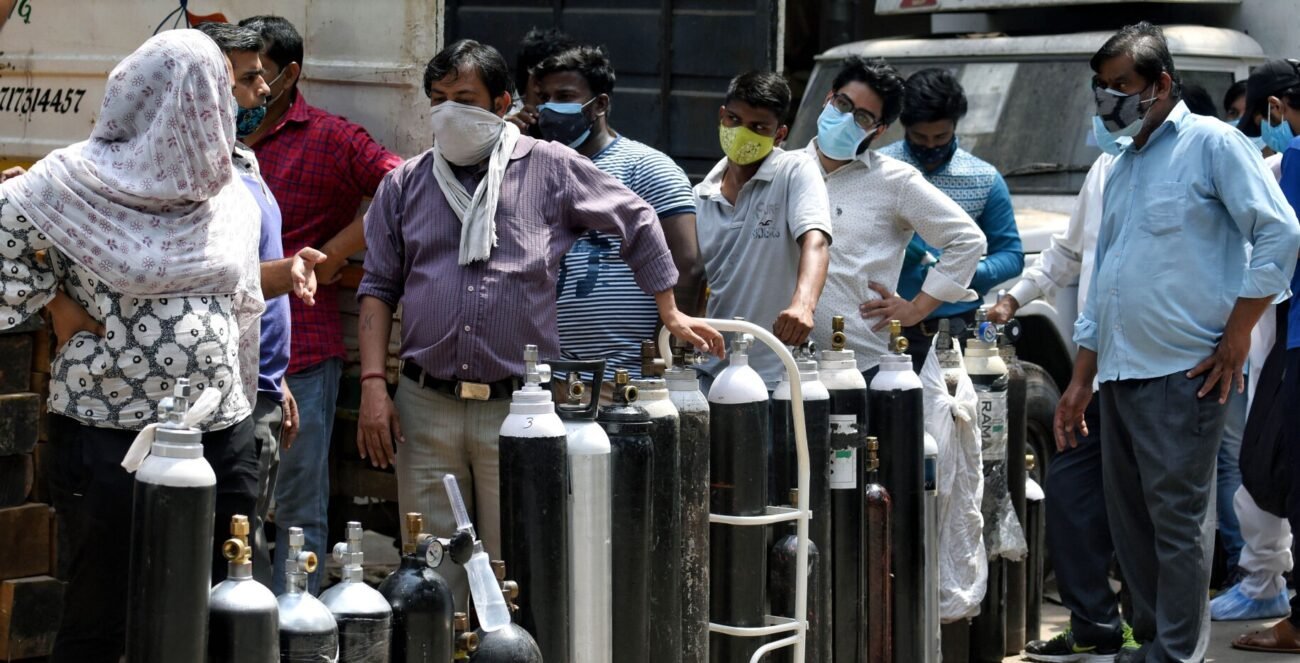 India Cases Up as Scientists Appeal to Modi to Release Data

Family members of COVID-19 patients stand in a queue to refill oxygen cylinders amid the rise in coronavirus cases, in New Delhi April 30. (ANI photo)

NEW DELHI — Indian scientists appealed to Prime Minister Narendra Modi to publicly release virus data that would allow them to save lives as coronavirus cases climbed again April 30, prompting the army to open its hospitals in a desperate bid to control a massive humanitarian crisis.

With 386,452 new cases, India now has reported more than 18.7 million since the pandemic began, second only to the United States. The Health Ministry April 30 also reported 3,498 deaths in the last 24 hours, bringing the total to 208,330. Experts believe both figures are an undercount, but it’s unclear by how much.

India’s pandemic response has been marred by insufficient data and the online appeal — signed by over 350 scientists April 30 afternoon — asks government to release data about the sequencing of virus variants, testing, recovered patients and how people were responding to vaccines.

The appeal says that “granular” data on testing was inaccessible to non-government experts and some government experts too. Modeling work to predict future surges was being done by government-appointed experts with insufficient information. Similarly, scientists had failed to get information that would allow them predict how many beds, oxygen or intensive care facilities would be needed, it said.

The appeal urged the government to widen the number of organizations sequencing the virus to study its evolution, and also increase the number of samples being studied. It added that restrictions on importing scientific raw materials — to make India ‘self-reliant’ is a key goal for Modi and his government — was an obstacle. “Such restrictions, at this time, only serve to impede our ability to deal with COVID-19,” it said.

Naravane said the sick can approach their nearest army hospitals for help. Troops were also assisting with imported oxygen tankers and vehicles where specialized skills are required, a government statement said.

India has set a daily global record for more than a week with an average of nearly 350,000 infections. Daily deaths have nearly tripled in the past three weeks, reflecting the intensity of the latest surge.

In the most populous state of Uttar Pradesh, a school teachers’ organization said that more than 550 members have died after they were infected with COVID-19 while helping conduct local council elections this month, the Times of India newspaper reported.

Experts have blamed the surge on new, more contagious virus variants and mass public gatherings such as political rallies and religious events that were allowed to continue. On April 29, millions voted in state elections in West Bengal with little or no regard to social distancing.

In the southern state of Karnataka, Revenue Minister R. Ashoka said nearly 2,000 coronavirus patients under home care have switched off their phones and cannot be traced. Police were trying to track them as they might be seeking hospitalization on their own, he said.

India plans to step up a faltering vaccination drive by allowing all adults 18 and older to get their jabs from May 1. It has so far administered 150 million vaccine doses, according to the Health Ministry.

Since January, nearly 10 percent of Indians have received one dose, but only around 1.5 percent have received both, though India is one of the world’s biggest producers of vaccines.

Health Minister Harash Vardhan expressed hope that assistance being sent by over 40 countries will plug the shortage in medical supplies. The United States is sending more than $100 million worth of items, including 1,000 oxygen cylinders, 15 million N95 masks and 1 million rapid diagnostic tests.

Japan said April 30 it will send 300 ventilators and 300 oxygen concentrators in response to the Indian government request. “Japan stands with India, our friend and partner,” the Foreign Ministry said.

Chinese state media said the first batch of 25,000 oxygen concentrators pledged by Beijing to India also arrived April 30. There was no immediate comment by India but it could be a step in thawing tensions between the two countries.

The reports said China has already sent 5,000 ventilators and 21,000 oxygen generators to India.