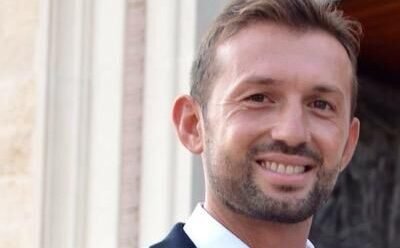 NEW DELHI — India’s Supreme Court June 15 closed criminal proceedings against two Italian marines in the shooting deaths of two Indian fishermen in 2012 after Italy paid $1.3 million in damages, ending one chapter in a long-simmering case that has strained relations between the two countries.

In its ruling, the two-judge panel said Italy should resume its own proceedings against Salvatore Girone and Massimiliano Latorre.

The two marines were accused of firing on the fishermen after mistaking them for pirates off the coast of Kerala, while assigned to the merchant ship Enrica Lexie. Italy had long argued that it should have jurisdiction in the case, as both were active duty military personnel at the time of the shooting.

Italy’s foreign minister, Luigi Di Maio, welcomed the decision, which he said was the result of a major diplomatic effort.

“Thanks to those who worked with perseverance on the case, thanks to our tireless diplomatic corps, the final word has been said on this long affair,” Di Maio said on Twitter.

The court ruling followed a decision last year by an international arbitration court in the Netherlands that ruled that India did not have jurisdiction in the case.

It also ruled that India was entitled to compensation. The two countries agreed to $1.3 million, which India’s solicitor general said had been received last week. It will be divided, with the families of each fisherman getting 40 percent and the fishing vessel owner receiving 20 percent.

Latorre returned to Italy for treatment after a stroke in 2014, while Girone was permitted to return in 2016.

Latorre’s wife, Paola Moschetti, expressed bitterness over the case, saying her husband has been banned from making any public comments or risk heavy penalties.

“Now it‘s time to ask why the military authorities want to maintain silence on what he knows and wants to recount,” she told the Italian news agency ANSA.

Both men are expected to be questioned by Rome prosecutors in the coming weeks in the Italian case. The investigation, part of the formal process to reach a preliminary hearing that would set charges, is expected to finish by the end of the summer.