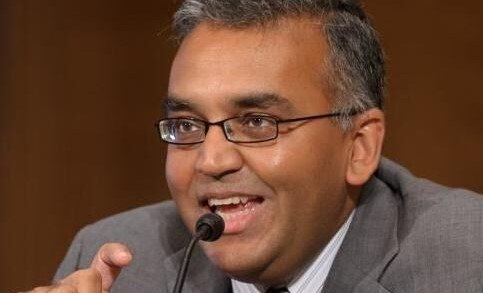 Official numbers put India’s COVID-related death rates at about 2,000 per day. The country is currently experiencing a crushing second wave of the pandemic, in which hospitals have run out of beds, ventilators, therapeutics, and most critically, oxygen.

“India is at a very difficult moment. There is a gross underestimate of daily new infections, which may easily be above 1 million per day,” said the Indian American physician who has emerged as one of the leading experts on COVID. Test positivity rates are around 30 to 40 percent, he said: About one of every three people tested is COVID positive. About 20 percent of new infections are India’s double mutant variant, which is far more contagious and lethal than traditional variants.

Vaccination rates are low: fewer than 10 percent of India has received the necessary shot.

Things may be much worse in second-tier cities, but Jha noted there is little access to gain insight as to what is happening in smaller cities and villages.

As of April 26, India has reported more than 17 million infections, and about 198,000 deaths, according to data from Johns Hopkins University.

“There was a very substantial relaxation of public health safeguards,” said Jha, noting that thousands of people have shown up unmasked at political rallies, sporting events, and the Kumbh Mela. The latter event, which saw an estimated 50 to 100 million people from across the country gathering in Haridwar, was possibly the largest contributor to the spike in infections.

The public health expert said he was not in favor of a national lockdown in India, and noted that a previous lockdown last summer decimated India’s formal and informal economy. India faced a massive humanitarian crisis as millions of day laborers, now without work, walked hundreds of miles to return to their home villages. Jha does support curtailing activity at restaurants and shops, and a ban on large congregations of people. He also supports universal masking and believes India’s residents must be equipped with higher quality masks.

Countries around the world as well as private entities have pledged to lift India out of its humanitarian crisis. President Joe Biden April 26 spoke with Prime Minister Narendra Modi and pledged to provide a range of emergency assistance, including oxygen-related supplies, vaccine materials, and therapeutics. At a background press briefing later that day, a senior White House administration official said: “We remember India’s generosity to the United States in the early days of the pandemic, when India offered medications to us as our hospitals were strained. And the U.S. and India have been partners on global health for seven decades.”

Jha said that the timeline for U.S. aid to India could come as early as this week, with deliveries of oxygen, ventilators, and medications. Several other countries are also delivering critical supplies to India.

The U.S. has also agreed to release raw supplies needed to manufacture vaccines: India currently produces about 20 percent of the global vaccine supply.

Jha also addressed the inequities of global vaccine distribution. “Here in the U.S., 16- and 17-year-olds are getting vaccinated, while in India, health workers cannot get a vaccine. You’ve got restaurants opening up in Massachusetts, while in India, hospitals are running out of oxygen.”

“This is a global pandemic. All of us are at risk. I’m thrilled about where we are in the U.S., but worried about pockets in the world where new variants may be growing.”

“We need to drive a global agenda on vaccines,” he said.