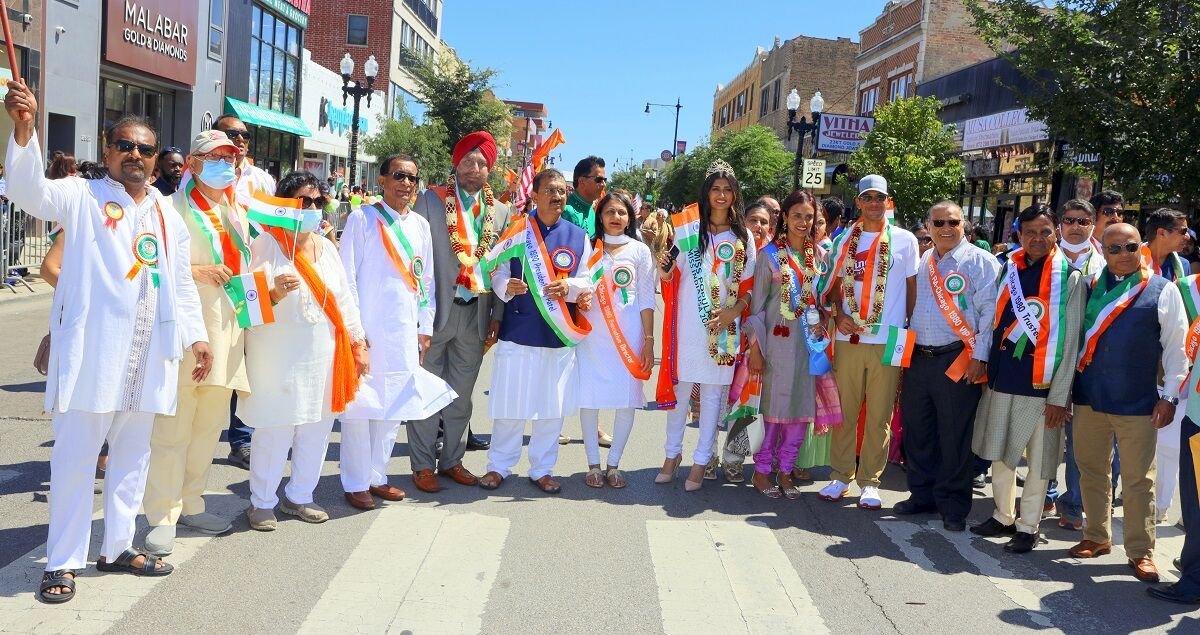 CHICAGO – Under the leadership of its president, Rajesh Patel, the Federation of Indian Associations-Chicago organized a stunning parade on Devon Avenue to mark India’s 75th Independence Day. Niranjan Shah’s daughter Smita Shah was the grand marshal of the parade, according to a press release.

Highlighting the significant of the current year’s parade, which featured a series of floats, Patel stated, “Today’s parade receded into history the ghastly memories of the community’s sufferings from the preceding Covid-19 pandemic.”

A star attraction of the parade, noted the release, was Khushi Patel, winner of the Miss India USA Miss Popular 2021 and Miss India Florida 2021 pageants.