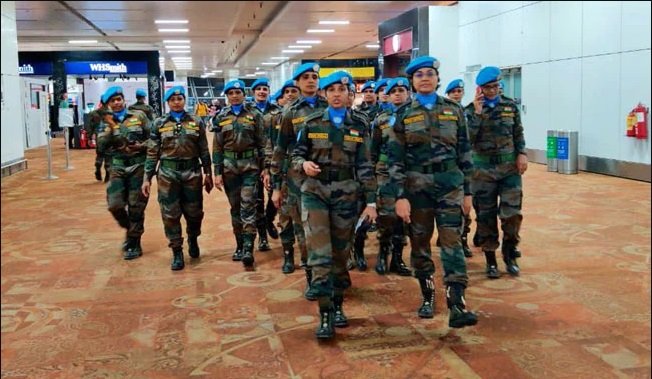 NEW YORK, NY (ANI) – India has deployed a platoon of Women Peacekeepers in Sudan’s Abyei region as part of the Indian Battalion in the United Nations Interim Security Force.

This will be India’s largest single unit of women Peacekeepers in a UN Mission since it deployed the first-ever all-women contingent in Liberia in 2007.

In 2007, India became the first country to deploy an all-women contingent to a UN peacekeeping mission. The Formed Police Unit in Liberia provided 24-hour guard duty, conducted night patrols in the capital Monrovia, and helped build the capacity of the Liberian police.

The Indian contingent, comprising two officers and 25 Other Ranks, will form part of an Engagement platoon and specialize in Community outreach, though they will be performing extensive security-related tasks as well. Their presence will be especially welcome in Abyei, where a recent spurt in violence has triggered a spate of challenging humanitarian concerns for women and children in the conflict zone.

Indian women particularly have a rich tradition in Peacekeeping. Dr Kiran Bedi, UN’s first Police Adviser, Major Suman Gawani and Shakti Devi have made a mark for themselves in UN Peacekeeping.