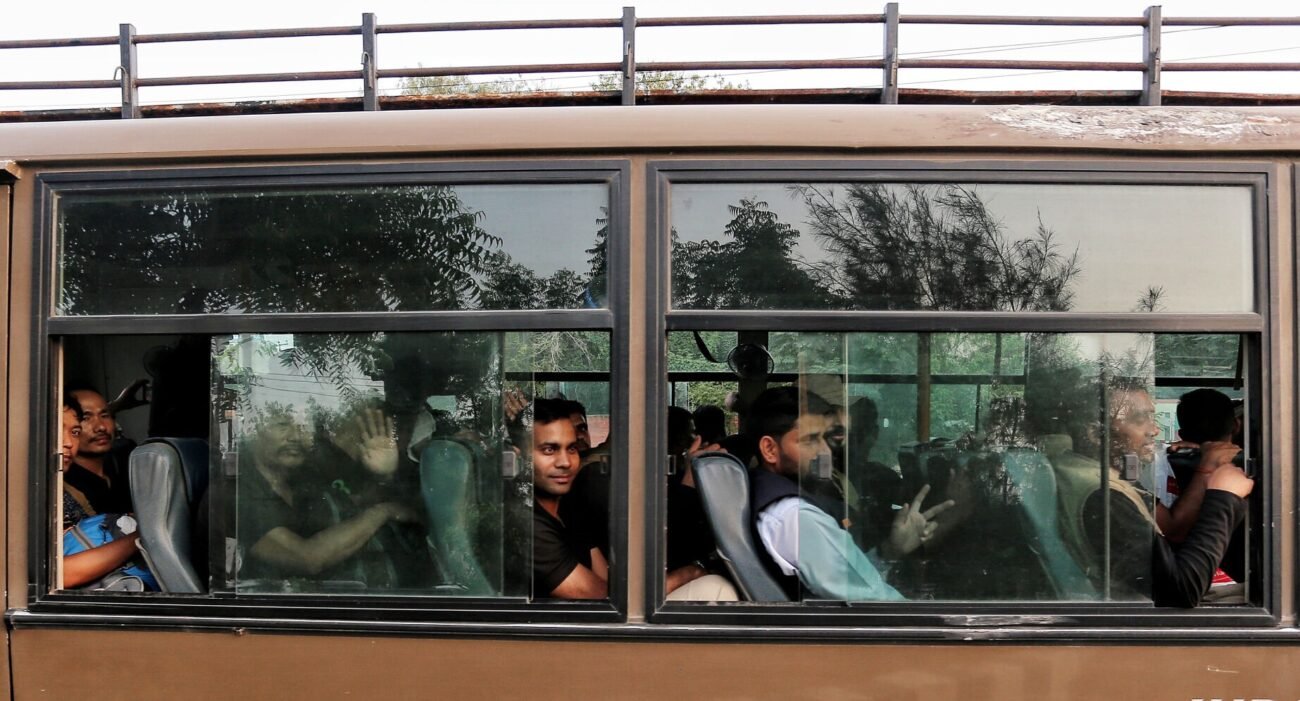 ITBP personnel board a bus as they arrive at Hindan Air Force Station after the Indian Air Force’s effort for safe evacuation from Afghanistan, in Ghaziabad Aug 17. (ANI photo)

Arindam Bagchi, the External Affairs Ministry spokesperson, says the plane took off from Kabul Aug. 22 morning and the passengers include 107 Indian nationals. He didn’t give the nationalities of 61 others evacuated from the Afghan capital.

Meanwhile, another group of 87 Indians who were evacuated from Kabul to Tajikistan on Saturday in an Indian air force plane are being flown to New Delhi on Sunday, Bagchi said in a tweet. Two Nepalese nationals also were evacuated on that flight.

India began evacuating its nationals last Sunday after the Taliban swept into Kabul.

The Press Trust of India news agency said around 400 Indians were believed to be stranded in Afghanistan. No official figure was available.

A related report from Washington adds: The Biden administration is considering calling on U.S. commercial airlines to provide planes and crews to assist in transporting Afghan refugees once they are evacuated from their country by military aircraft.

The U.S. Transportation Command said in a statement Aug. 21 that the Pentagon has not approved or ordered any activation of commercial airlines as allowed under the Civil Reserve Air Fleet program, which adds to military aircraft capability during a crisis related to national defense.

However, the Transportation Command said it had issued a warning order to U.S. carriers Aug. 20 night on the possible activation of the program. The order was first reported by The Wall Street Journal.

If called upon under the voluntary program, commercial airlines would transport evacuees from way stations outside Afghanistan to another country or from Virginia’s Dulles International Airport to U.S. military bases.