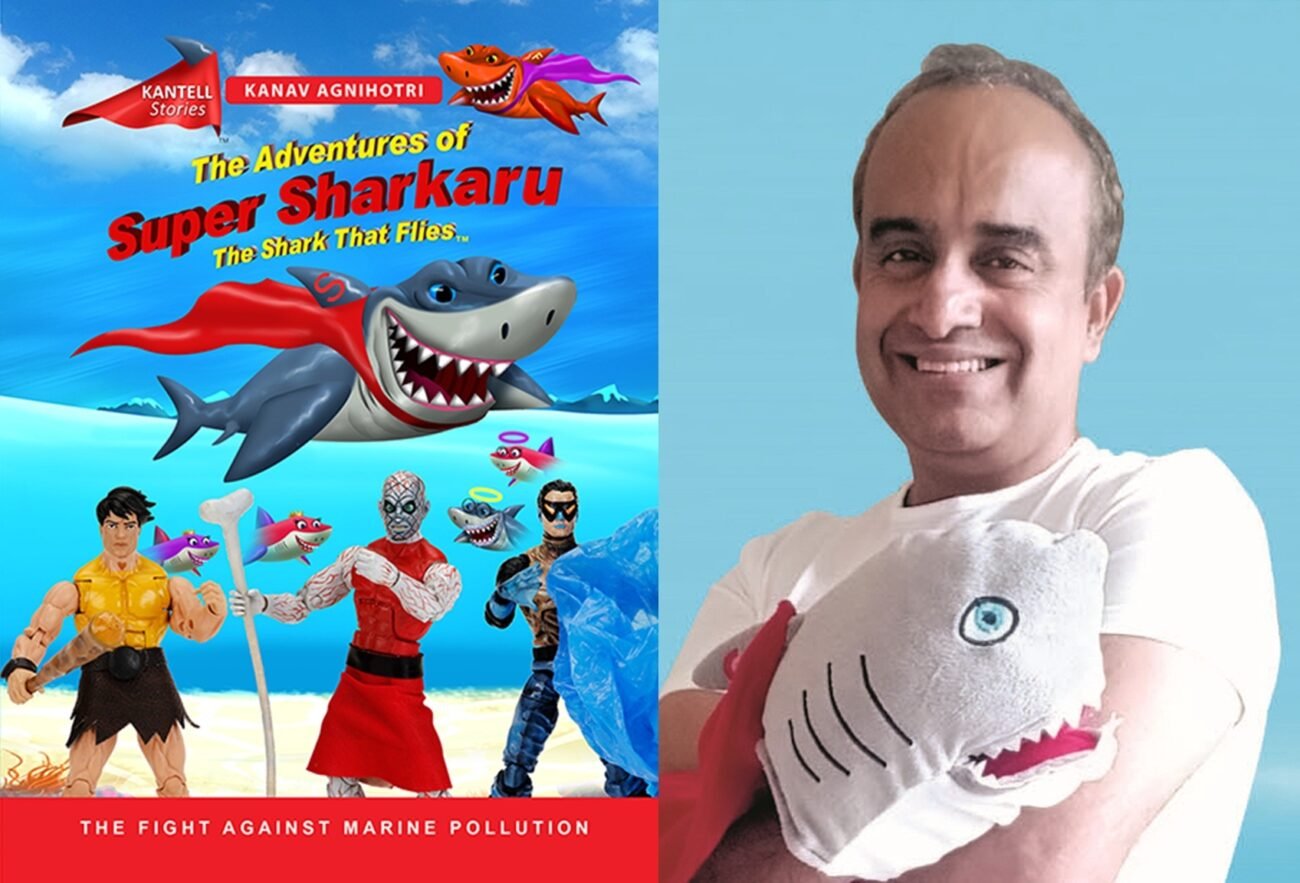 NEW DELHI, (IANS) – As a child, Kanav Agnihotri, who had a penchant for inventing fictional characters, was always attracted to the magical world of nature, and strongly believed if you take care of nature, nature will take care of you.

“I kept reading books on the environment, climate change, marine pollution, but I felt that if I can create a super powerful hero who talks about this subject in the most creative way then it might attract children and in the process, they might start reading more on our environment and try to be the future climate leaders of our planet,” Agnihotri, the author of the graphic novel “The Adventures of Super Sharkaru — The Shark That Flies,” said.

Covid-19 made everyone sit at home and his previous business just went down the drain, so while sitting at home created a super powerful marine hero, a shark, and named it ‘Super Sharkaru — The Shark that Flies’, did the voiceovers, direction, etc. and posted the video on his YouTube channel Kantell Stories.

“I am not a professional moviemaker or voiceover artist, but my work started getting views and subscribers and today my channel has approximately 10,400 subscribers mainly from India,” Agnihotri said.

He always wanted to be in a purposeful driven business so he formed Kantell Entertainment in 2022, a company that will creatively talk about climate change, and marine pollution to start with.

The novel is set in Sharkaru Island, a magical place where the Sharkaru race lives. God-fearing, peaceful, and brave, they are the protectors of the island. King Sharkaru rules it, and his clan includes his beloved wife, Queen Light Sharkaru, and two adorable children, Prince Sharkaru, his alter ego Super Sharkaru who gets transformed after receiving the magical energy from the Sharkaru Lake, and Princess Sharkaru.

“A friend of mine supported as he had his own design studio, as they say god helps those, who help themselves,” said he creator, adding: “Reading now is not a social reel, so I deliberately went for a graphic novel as I felt that children will try to read a book with pictures, and that was the first feedback I received from a parent that his daughter is trying to read along with colorful photographs.”