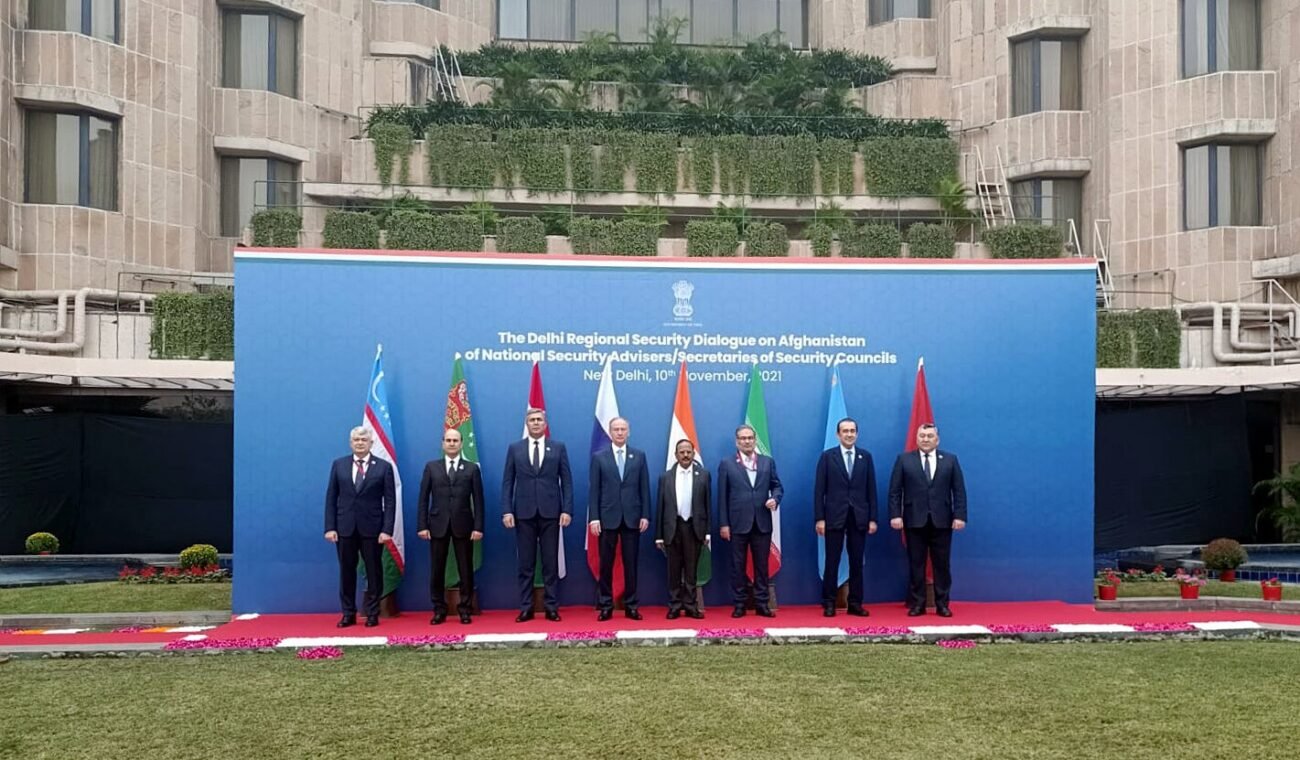 NEW DELHI — India Nov. 10 hosted senior security officials from Russia, Iran and five Central Asian countries to discuss the situation in neighboring Afghanistan following the fall of the U.S.-backed government and the Taliban takeover of the country.

“This is a time for close consultation among us,” Doval said in opening remarks ahead of the meeting. He said he hoped the deliberations will help the people of Afghanistan and enhance the region’s collective security.

India’s Ministry of External Affairs in a statement said the meeting will address “the relevant security challenges and support the people of Afghanistan in promoting peace, security and stability.”

The top security officials were expected to meet Prime Minister Narendra Modi. The first two editions of the meeting were hosted by Iran in 2018 and 2019.

India’s foreign ministry officials said Pakistan’s refusal to attend the meeting was “unfortunate, but not surprising” and “reflects its mindset of viewing Afghanistan as its protectorate.”

The meeting underscores India’s attempts to protect its strategic interests in Afghanistan amid Pakistan’s growing influence in the region. Archrivals India and Pakistan have both long tried to wield influence over Afghanistan to meet their security interests.

India’s leaders fear the Taliban rise to power will benefit Pakistan and feed a long-simmering insurgency in the disputed region of Kashmir, where militants already have a foothold.

New Delhi’s relations with Afghanistan are in suspended animation. It has no diplomatic presence left in Kabul after it evacuated its staff ahead of the final U.S. withdrawal from Afghanistan. It did, however, hold its first official meeting with a Taliban representative in Qatar on Aug. 31.

Before the Taliban took Kabul, India provided Afghan security forces with operational training and military equipment, even though it has had no troops on the ground. It was also the region’s largest provider of development aid to Afghanistan.

ANI adds: National Security Advisor Ajit Doval on Nov. 9 met Victor Makhmudov, Secretary, Security Council of Uzbekistan, and both agreed that the future of Afghanistan must be decided by the people of Afghanistan themselves and the legitimacy of any Afghan government within Afghanistan was important before the issue of its international recognition.

The meeting was held in New Delhi, ahead of the Delhi Regional Security Dialogue on Afghanistan. Afghanistan was the major focus of discussions, sources said, adding that both countries felt that the legitimacy of any Afghan government within Afghanistan is important before the issue of its international recognition.

During the meeting, the NSAs also highlighted the need for long term economic development in Afghanistan.

“Both sides emphasized the need for Afghanistan’s neighbors to ensure unhindered access of humanitarian assistance to the people of Afghanistan,” sources said.

“They also agreed that neighboring states must play a constructive role in Afghanistan,” the sources added.