India May Have Role In Ending Russia-Ukraine War: State Dept. 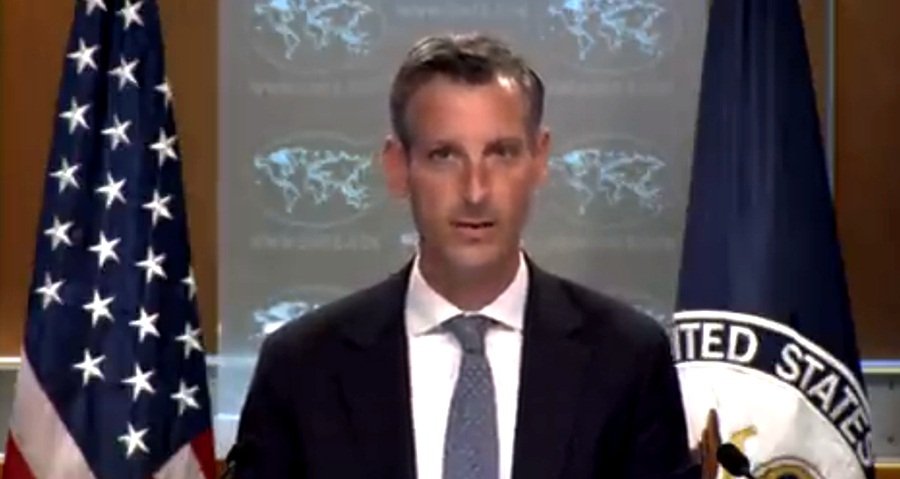 India May Have Role In Ending Russia-Ukraine War: State Dept.

WASHINGTON, DC (IANS) – India may be among countries that can have a role in diplomacy to end the ongoing Russia-Ukraine even though New Delhi and Washington may not see eye-to-eye on policy issues, State Department spokesman Ned Price said.

“We do believe that countries like India, countries that have a relationship with Russia and with Ukraine may be in a position to help bring about dialogue and diplomacy that could one day put an end to this war,” Price said recently while briefing foreign correspondents.

“We have been in regular, close contact with India regarding what we can do to hold Russia accountable and to impose additional costs on Russia for its war.”

Downplaying the differences between the two countries, he said: “We may not always share precisely the same policy approaches, but we both share a commitment to upholding a rules-based international order that respects territorial integrity and sovereignty.”

India has abstained on votes at the UN condemning Russia’s invasion of Ukraine bringing to the fore the differences with US, even as the two countries have been developing closer ties.

Price cited Prime Minister Narendra Modi publicly telling Russia’s President Vladimir Putin in September 2022, “I know that today’s era is not an era of war” and noted that it was echoed in the joint statement of the summit of the leaders of the G20 group of major industrialized and emerging economies that India heads.

“We’ve heard that comment at the UN as well. We do welcome India’s support for the people of Ukraine. India has provided humanitarian assistance and calls by India for an immediate end to Russia’s brutal war against Ukraine,” the spokesman noted.

The commitment to rule of law and to territorial integrity of nations “is at the heart of our global strategic partnership with India”, Price said. “It is at the heart of what we seek to do with the Quad, with the other bilateral and multilateral work we do with our Indian partners.”

India, with the US is a member of the Quad with Australia and Japan, and Washington and the US are developing another four-nation group, I2U2, with Israel and the United Arab Emirates.

While speaking of the possible diplomatic role for India in helping end the Ukraine war, Price did not see it as a near-term possibility.